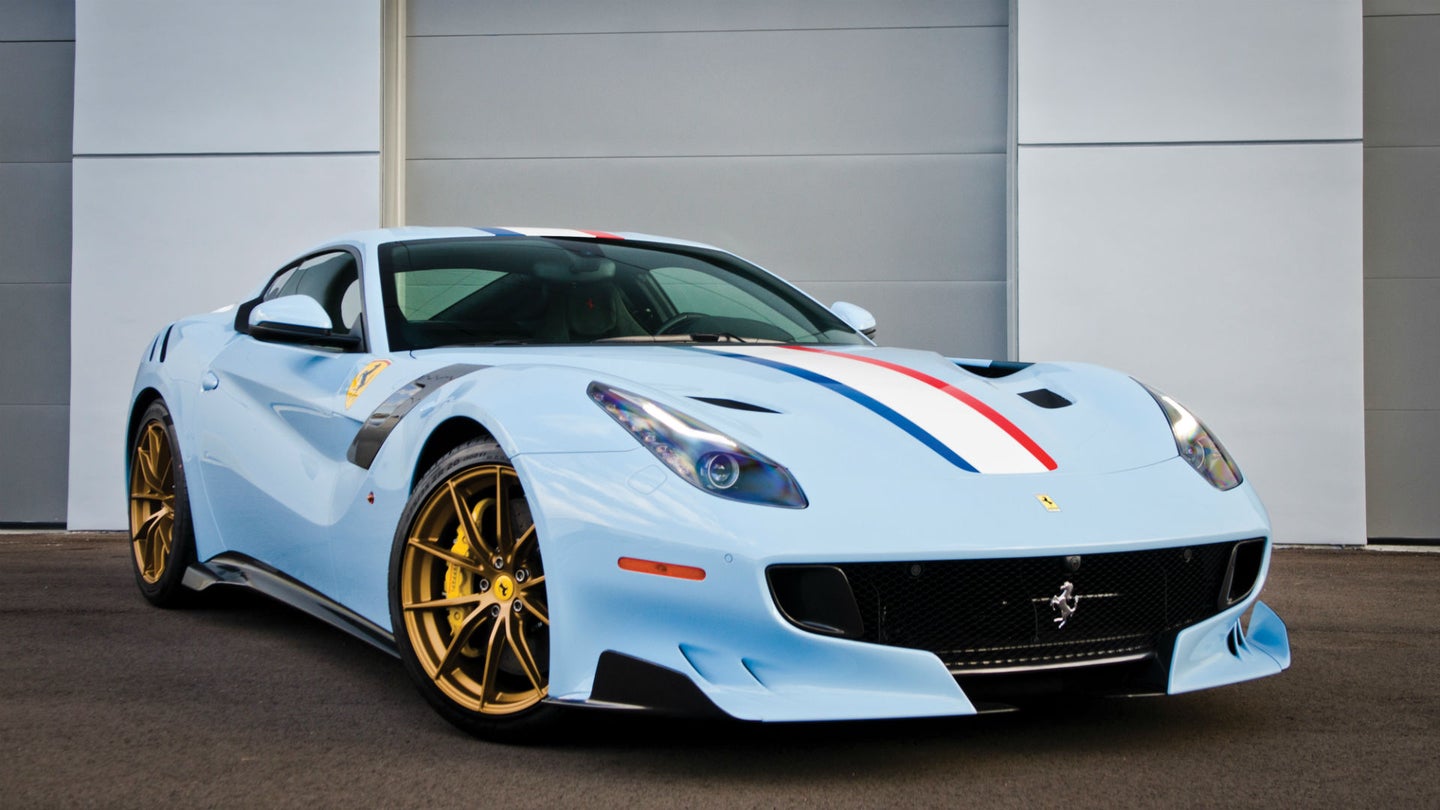 This year's Scottsdale Auction Week is shaping up to be quite an expensive one, filled with the rarest and most interesting classics and hypercars we've seen in a while. This Ferrari F12tdf from RM Sotheby's and its odd paint job caught our eye; of the 799 F12tdfs built, this example might be the most unique.

The car's only owner went through Ferrari's bespoke Atelier/Tailor Made configurator programs, so this F12tdf wears a unique Azzurro La Plata livery with a French tricolor stripe on the hood (Blu, Bianco, and Rosso). This is the same livery used on the Ferrari 250 GT Berlinetta that won the Tour de France Automobile in 1956.

It also includes hand-painted Scuderia fender shields and is fully-loaded with over $110,000 worth of options. RM Sotheby's won't give the exact mileage but says the San Diego, California-based owner has put fewer than 200 miles on it since it was purchased.

The F12tdf is already a truly special car that builds on the production F12 Berlinetta's already-impressive performance. It gets a 39-horsepower bump to 769 horses and loses 242 pounds, which shoots it to 60 mph in 2.9 seconds and to a top speed of more than 211 mph. With a limited production run and a rigorous buying process, this is one of the most desirable and exclusive modern Ferraris on the market.

It will hit the auction block starting Jan. 19 and is expected to sell for at least $1.2 million, although we suspect that its low mileage, rarity, and custom paint job will bring those numbers up substantially.