Watch And Listen To This Gorgeous Ferrari F12 TRS

This is one of the only two F12 TRS variants that Ferrari Special Projects built. 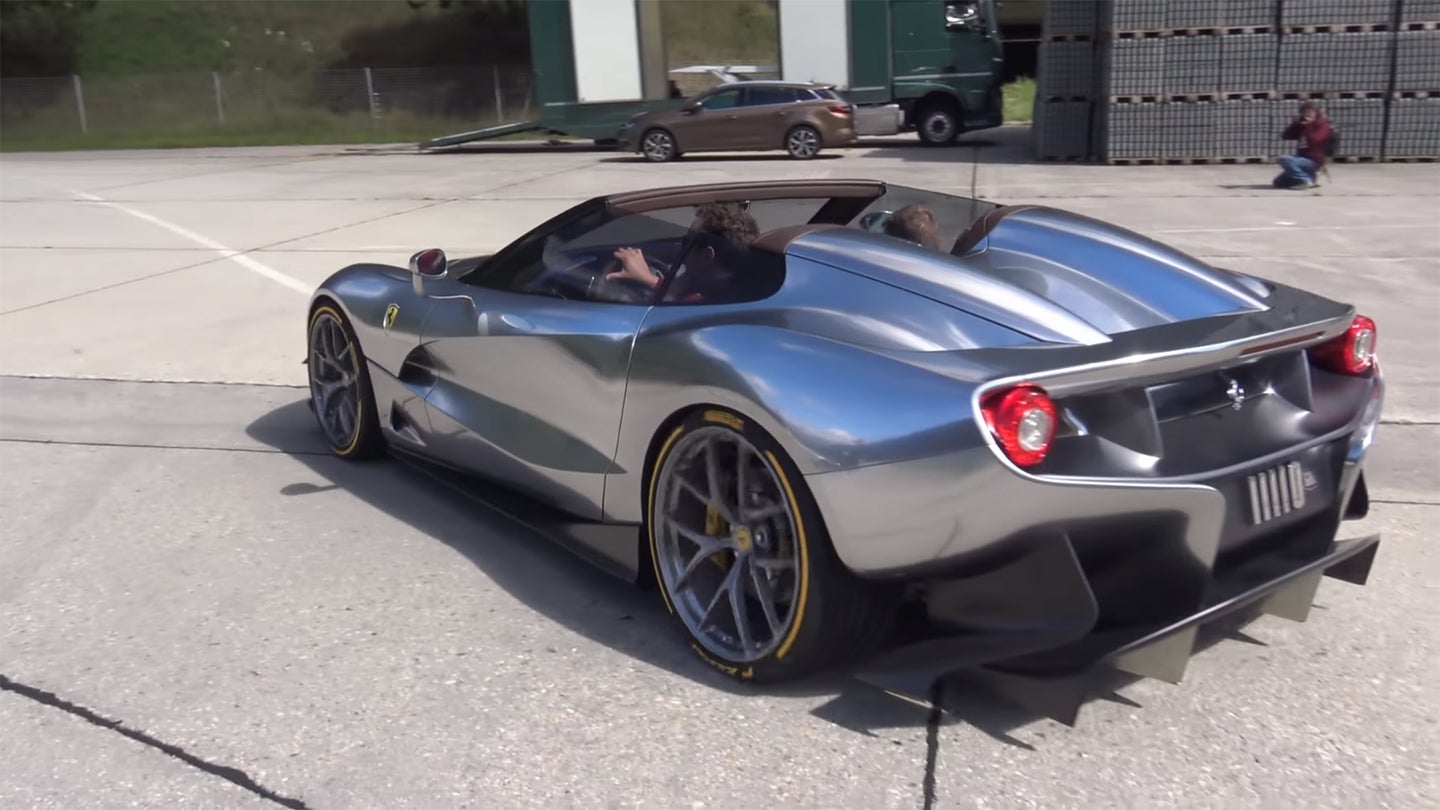 At the Supercar Owners Circle Weekend Switzerland in September, a rare beast made an appearance. One of the only two Ferrari F12 TRS ever produced came out to play in public.

SOC is a group for supercar owners who organize events to show off their very expensive and rare toys at the playground. SOC Weekends make your local Cars & Coffee look like a Yugo enthusiast meet-up.

The second F12 TRS, which is featured in the video below, is finished in Liquid Silver. It gets rid of the curvy beauty of the original car and becomes a very different looking sexy beast. Everything is sharper with more acute angles and defined lines. A portion of the hood is missing to expose the glorious V12 engine that sits in the front of this monster. It takes the custom splitter of the first TRS to further extremes and has an entirely new and beautifully-sculpted diffuser on the rear. This car is stunning.

Based on the cost of the first TRS, one can only guess that the second was even more expensive. Who would be crazy enough to buy such a car? Well, the same guy who commissioned the first TRS. That person would be Sam Li, and his car collection is mind-boggling.

At the SOC Weekend Switzerland, the Liquid Silver F12 TRS was filmed getting fired up and unloaded from its transporter. Its deep gurgling engine sounds simply wonderful. The car was also filmed drag racing some boring old Porsche. The Porsche beats the F12 TRS off the line, but doesn't look nearly as good as the TRS does while losing.

Enjoy the video, and you may want to turn the volume up for this one.

It’s turbocharged V8 versus high-revving V12 in a battle of sprinting horses.

Is This Custom Ferrari F12berlinetta Beauty or Beast?