Is This What the New Ferrari F12M Will Look Like?

One graphic artist takes a crack at peeling back the curtain. 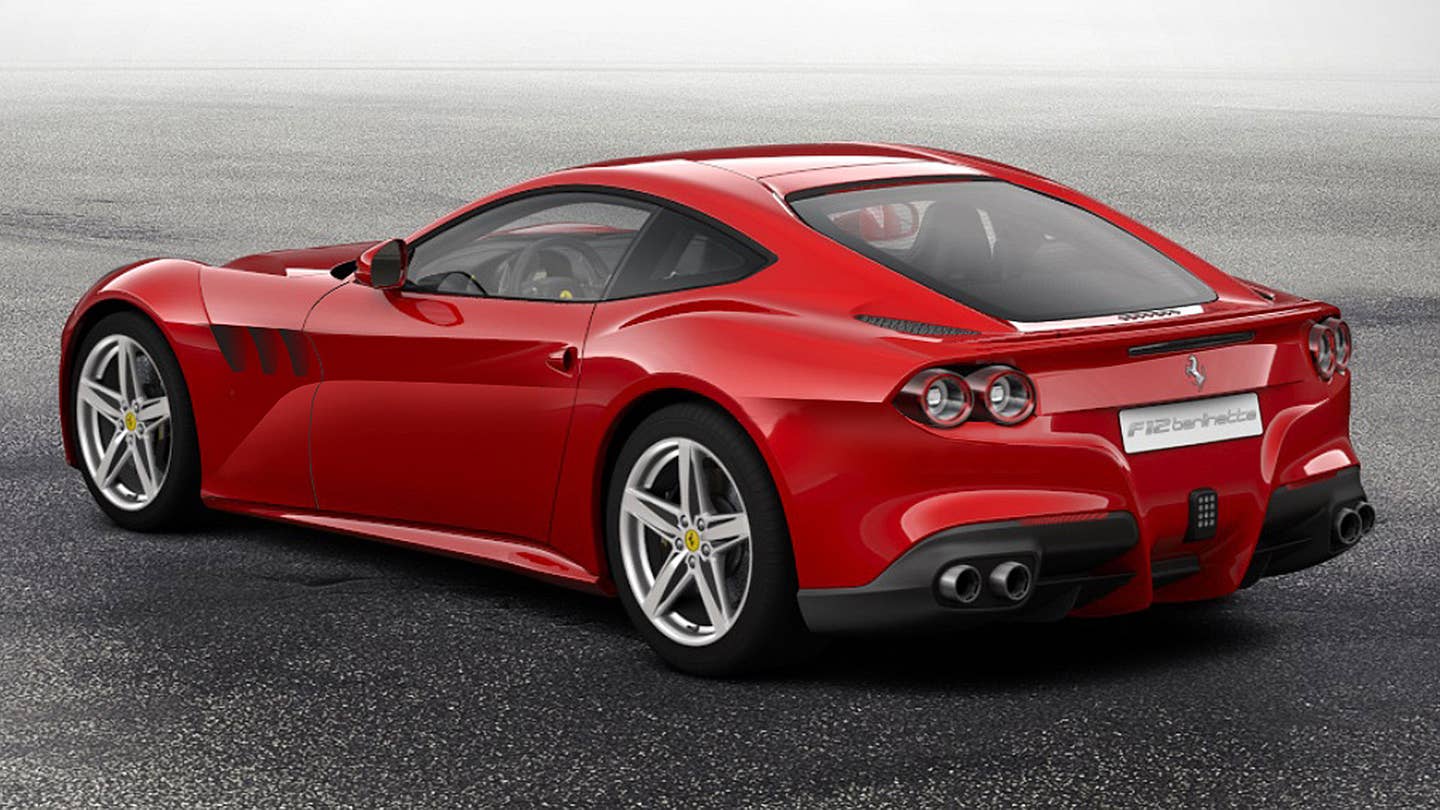 Barring some unforeseen natural disaster, Ferrari will in all likelihood reveal its successor to the F12berlinetta early next year. Mysterious camouflaged prototypes have already been seen roaming the streets of Maranello, covered almost from stem to stern.

Rather than wait several months to find out what lies beneath that cloak, however, one graphic artist has taken it upon himself to take an educated guess at what Ferrari fanatics are calling the F12M will look like, based on the handful of spy photos available, ferrari’s current design language, and some of the best intelligence from the world’s Ferraristas.

Milanno, as he’s known on FerrariChat, agreed to share his renderings with The Drive. The revised exterior has been inspired by the stylistic alterations Ferrari made to the F12’s four-seat gran turismo sibling, the GTC4Lusso, as it metamorphosed from the FF into the current model. His F12M has four taillamps in back instead of the two large ones from the current model, with the trianglular style elements of the rear restyled to match the smaller-diameter lamps.

Likewise, the “Aerobridge” located between the front wheelwell and the door has been revised to send air backwards instead of downwards, with the door restyled to match the change in air flow for a cleaner look. Overall, it bears a bit of a resemblance to the 550 Maranello of the 1990s...which, in our books, is no bad thing.

Inside, Milanno made fewer changes to the existing F12berlinetta’s cabin. The biggest change he made is to add a large touchscreen on the passenger’s side of the cabin, which, as you can see, runs Apple CarPlay in his rendering. (As the two-seat V12 models are expected to remain on the sportier end of the Ferrari lineup, we don’t expect the F12M to grow an iPad-like central touchscreen like the one seen in the GTC4Lusso.)

We likely won’t know until next February what the F12M really looks like—or what it’s actually called. But don’t be surprised if those first press shots wind up looking a fair bit like this.

If you like Milanno’s work, you can check out more of his art at his website, Tessoart.blogspot.com.