All Ferraris Will Start Going Hybrid in 2019, CEO Says

Part of a move that could take production to unforeseen levels...such as 10,000 cars a year. 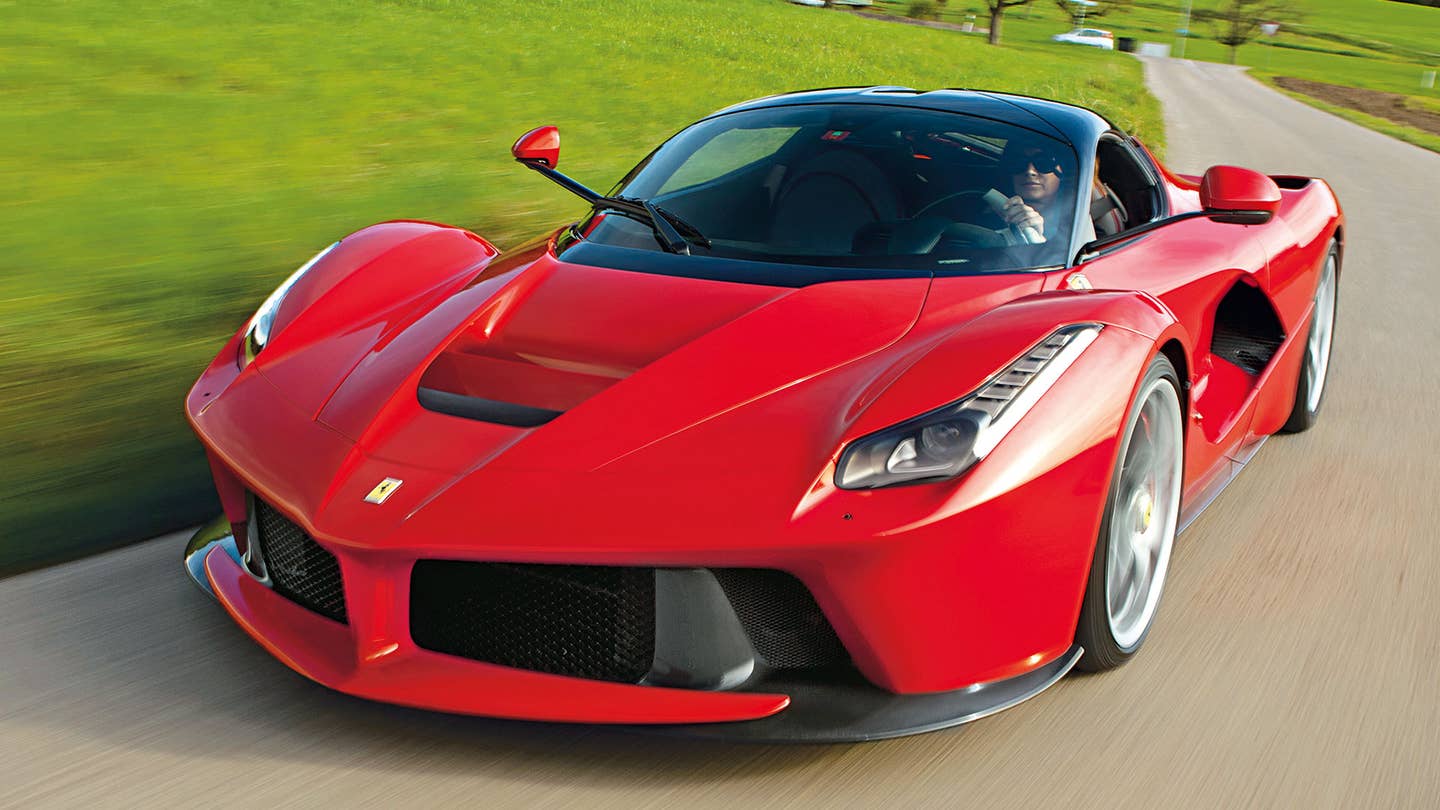 Marchionne, who also serves as CEO of Ferrari parent Fiat Chrysler Automobiles, made the announcement in a conference call with investors. The move to hybridization comes as part of a “fundamental shift" in the way Ferrari makes its cars, Autocar reports Marchionne said.

Doing so could allow the brand to grow beyond its current production limit of 9,000 cars per year by 2019, which is in part restricted due to fleet emissions standards. Indeed, the change could help Ferrari push its annual output into the five figure range.

“Although I neither commit to this nor do I give any sort of certification of it being our objective, it is possible that the [year sales] number could be well in excess of 10,000 cars in 2025,” Marchionne said, according to Automotive News.

Ferrari has been dancing with the idea of hybrid supercars for quite some time now. While the 949-horsepower Ferrari LaFerrari that debuted in 2013 may be the most obvious example, the carmaker first teased the idea back in 2010 with the 599 HY-KERS concept car. In addition, the carmaker has been working with fusing battery power and ICE propulsion together in Formula One for the last few years...though it hasn’t quite been working out as well for the team as Scuderia Ferrari probably hopes.

Given Ferrari’s fairly-strict timeline for rolling out new cars, the 2019 timeframe Marchionne mentioned suggests that the first “mass” production car to receive a hybrid powertrain will be the next four-seat V12 model, followed by the F12berlinetta/F12M’s replacement in 2020. Upgrading the V12 models first would be a logical move for the carmaker; while the V8 cars have already seen their engines downsized and turbocharged in the name of improving emissions, the V12s are still as pure and dirty as ever—and since the carmaker has vowed not to add snails to its 12-pots, hybridization is one of the few options available to cut down on nasty oxides.

But Ferrari’s future isn’t just about slapping electric motors onto the same V8 and V12 models it’s made for the last few decades and calling it a day. Marchionne also said the company will look to expand its range to include more luxurious vehicles that appeal to a wider audience than the current, sharp-edged machines. He cited the new GTC4LussoT as an example...but we’re hoping there wasn’t a subtle implication of an SUV tucked into his words.