What Is the Worst Ferrari Ever Made?

Bow to the comprehensive hideousness of the Ferrari 348. 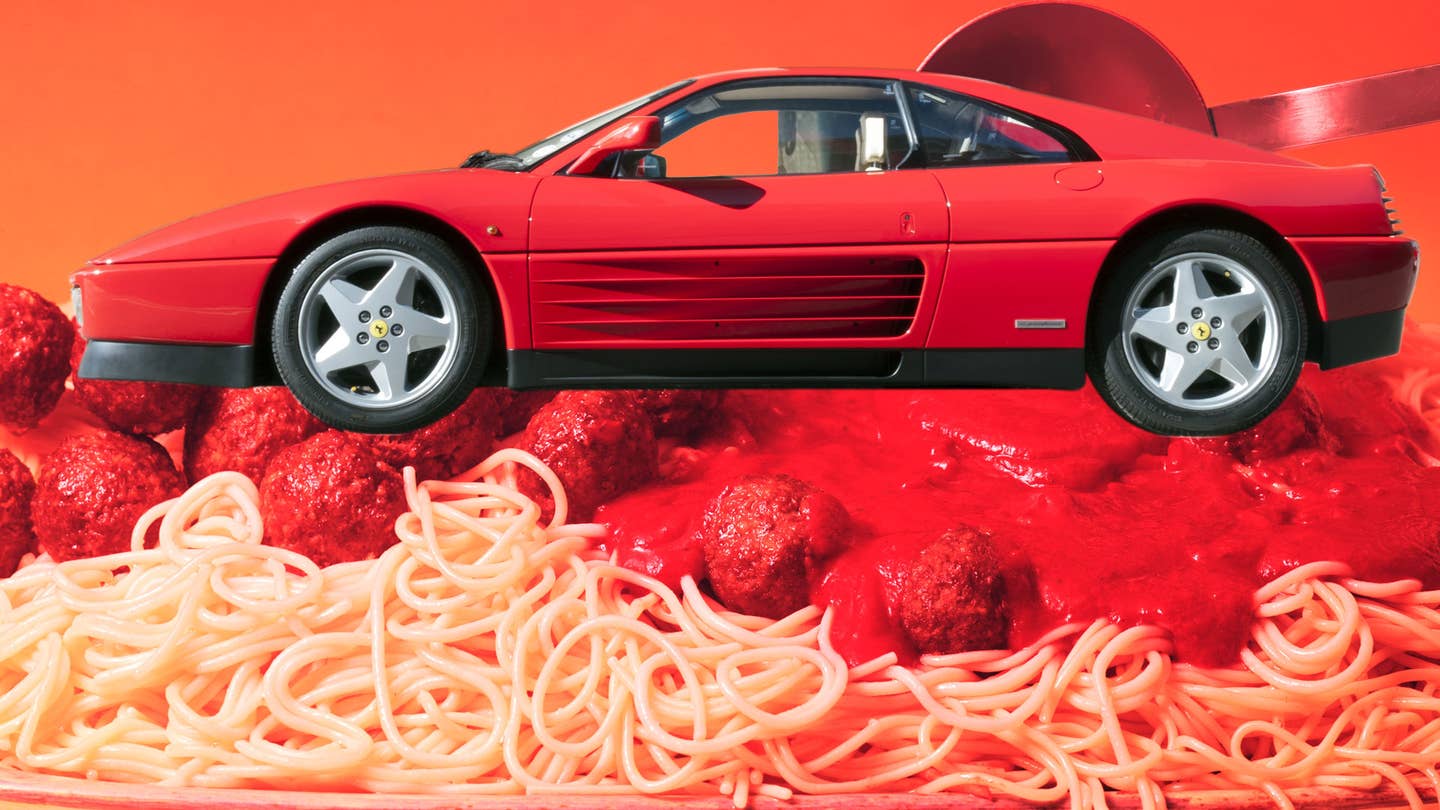 Q: You wrote about the worst Porsche of all time, tell us what's the worst Ferrari? And please don't say the Ferrari F50, because that would be really dumb.—P. Smartly, Thousand Oaks, CA

A: You’re right, it’s tempting to brand the F50 for the turd that it is and cash the check. It’s ugly, the carbon fiber structure is dopey and the 4.7-liter V12 was only so-so. But any car with 513-horsepower aboard has that as a compensating virtue. That this dopey car was built as the successor to the still-astonishing F40 is appalling. That it was intended to celebrate Ferrari’s 50th anniversary in 1995 is practically criminal. But it’s virtually forgotten. Only 349 were built and it didn’t stain Ferrari’s reputation too badly.

The 1980 Mondial 8 and 1973 308 GT4 2+2 are also easy choices. It's never a good idea to try and shove a four-seat cockpit into a short mid-engine car. It makes for awkward proportions and compromised handling. But Mondials and GT4s are today among the few remaining affordable Ferraris—you can still pick up a good one for under $40K if you look hard. And I’m affirmatively in favor of cheap Ferraris.

Any Ferrari with a Zagato body is bound to be atrocious. But none was worse than the 1967 330 GTC Zagato, which looked like it was designed by a blind man hacking at construction paper with dull scissors. But there was only one of those—built for Luigi Chinetti—so it’s only a footnote in Ferrari history. In fact, Zagato itself is pretty much a footnote.

There have been a lot of large Ferraris that were less than engaging. Cars like the 1992 456, which looked like an oversize Hyundai Tiburon, and the current Ferrari FF, which has faded away from the collective consciousness. I’ll let them slide simply because they were powered by V12 engines and, really, no one cares about them.

Nope: The worst Ferrari of all time is the fixed roof 348tb and its targa-topped bastard brother, the 348ts.

Introduced during 1989, the 348 succeeded the ridiculously successful 308/328 series that established the mid-engine V8 Ferrari at the heart of Ferrari enthusiasm. It wasn’t particularly bad looking, but it was boring. It dispensed with classic design elements like round taillights in favor of slats—slats on the side and slats on the back, until the whole car looked like it could be used to shred some Monterey Jack.

The 17-inch wheels were awful looking too. Flat five-spoke deli slicer discs. Yawn. The interior? It was an ergonomic disaster that looked like the design had been left up to the styling apprentices at Samsonite.

It wasn’t that the 348 merely lacked the dramatic flair every Ferrari should have, it was an evil handling bitch too. Let’s travel back to the September 1990 issue of Car and Driver magazine and its five-way comparison of near-exotics . . . where the 348ts finished fourth out of five.

“Finally, there is the inexcusable handling,” wrote the great Patrick Bedard. “This car feels as if it had four-wheel steering—with the rears steering in the wrong direction. Above 79 mph on twisting, undulating blacktops, the rear gets antsy. Above 100 on such a road—particularly in a cross-wind—the car is difficult to hold in one lane.”

The 348 would have fared even worse if the archaic Lotus Esprit Turbo hadn’t been in the test. As it is, this was a Ferrari that lost to the Corvette ZR-1, Porsche’s 911 Carrera 4 Cabriolet and, of course, that darling of the 1990s, the Acura NSX.

If there’s a silver lining to the 348’s comprehensive hideousness, it’s that it had its ass kicked by the NSX. That aluminum Honda proved to Ferrari that it wouldn’t be able to get away with crap like the 348 for much longer. So it buckled down and comprehensively re-worked the 348 to create the brilliant (though agonizingly fragile) F355 for the 1995 model year.

Since then, every succeeding mid-engine, V8-powered Ferrari has been better than the last. And each of those cars was, for it’s time, the world’s best sports car. We kind of, sort of, almost owe all that to the shitty 348.