This is not the most famous Ferrari powerboat, the one you’re probably thinking of. That’d be the Arno XI racing hydroplane, a 20-footer powered by a twin-supercharged Ferrari Formula 1 engine, built during the fifties. No, this is something else. It’s a daycruiser. Also, every one of Michael Mann’s cocaine era notions, painted red and set onto the water.

The hull? The legendary DC7, a 25-foot European racing steadfast made from composite material, fiberglass reinforced by Kevlar. The engine? A 5-liter V12, pulled from the posterior of the ultimate Eighties supercar, the Ferrari Testarossa. Eight-point-two-foot beam. Three-point-two-foot draft. She’s a beaut.

The man behind the operation is Mario Vincenzi, who’d later help on the Ferrari Challenge F430 program. He oversaw the daycruiser from the jump, and it shows. The level of craftsmanship here is incredible, from the hull to the gauges and detailing.

Our advice? Buy this boat, throw on a deconstructed blazer, hit South Beach and live out your Eighties fantasy to the fullest. 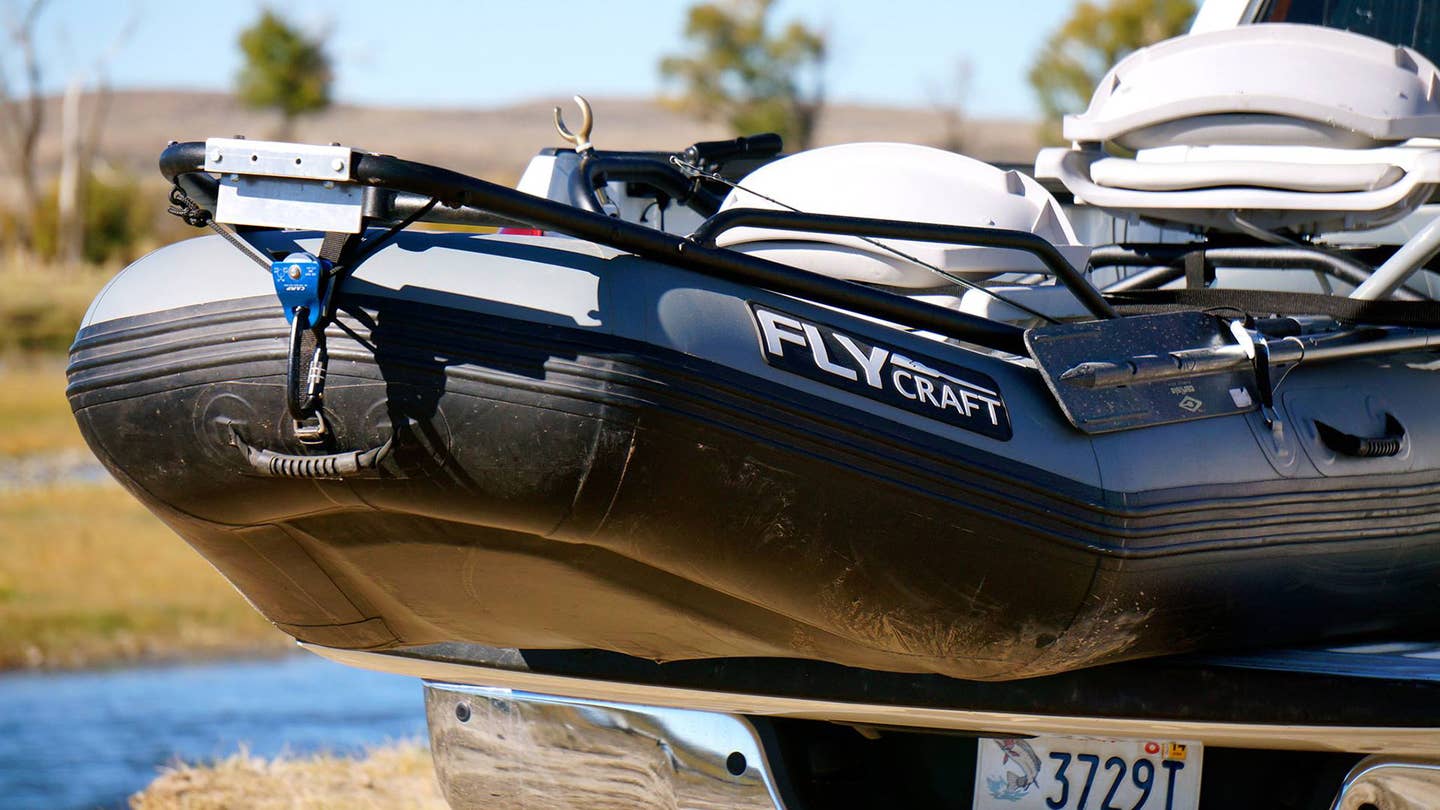 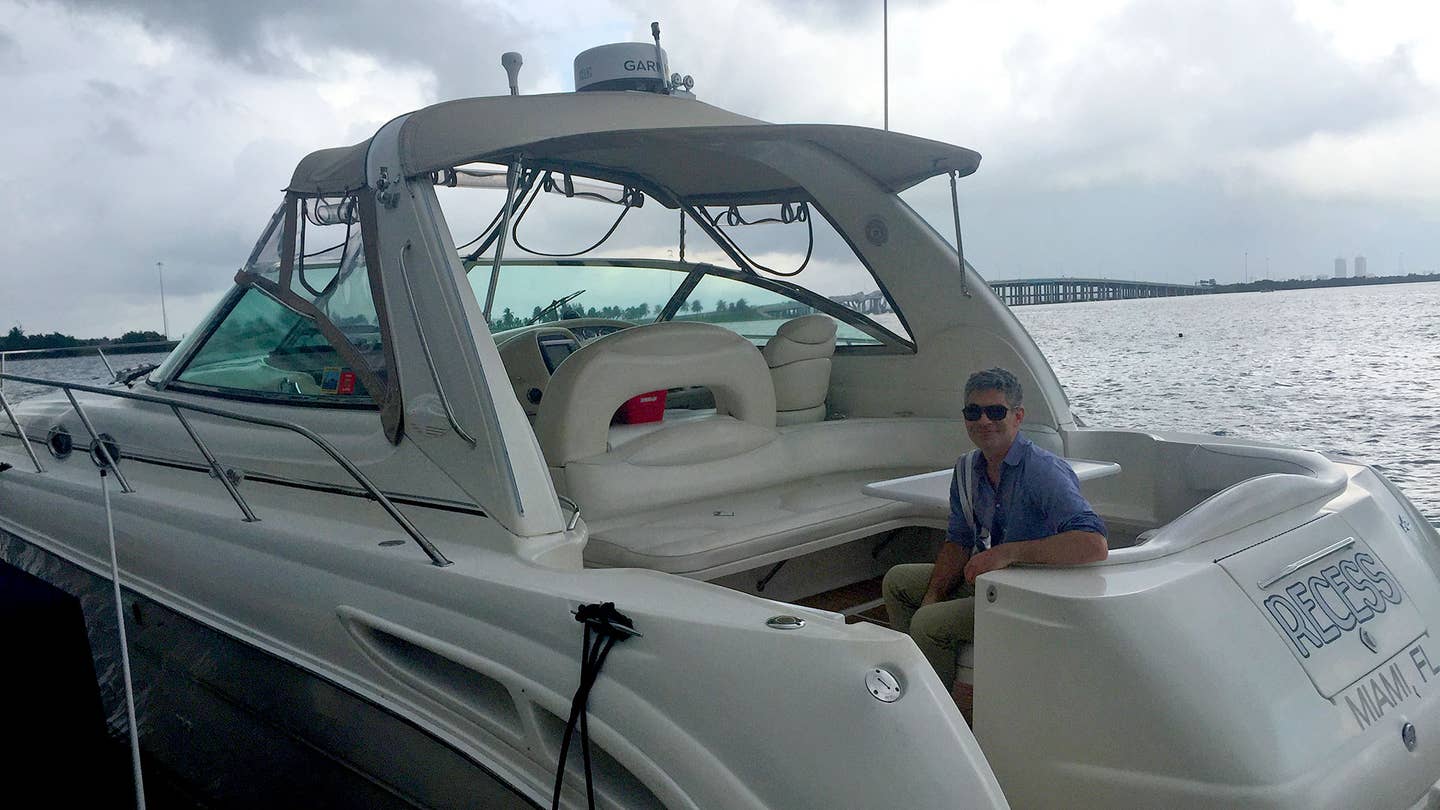 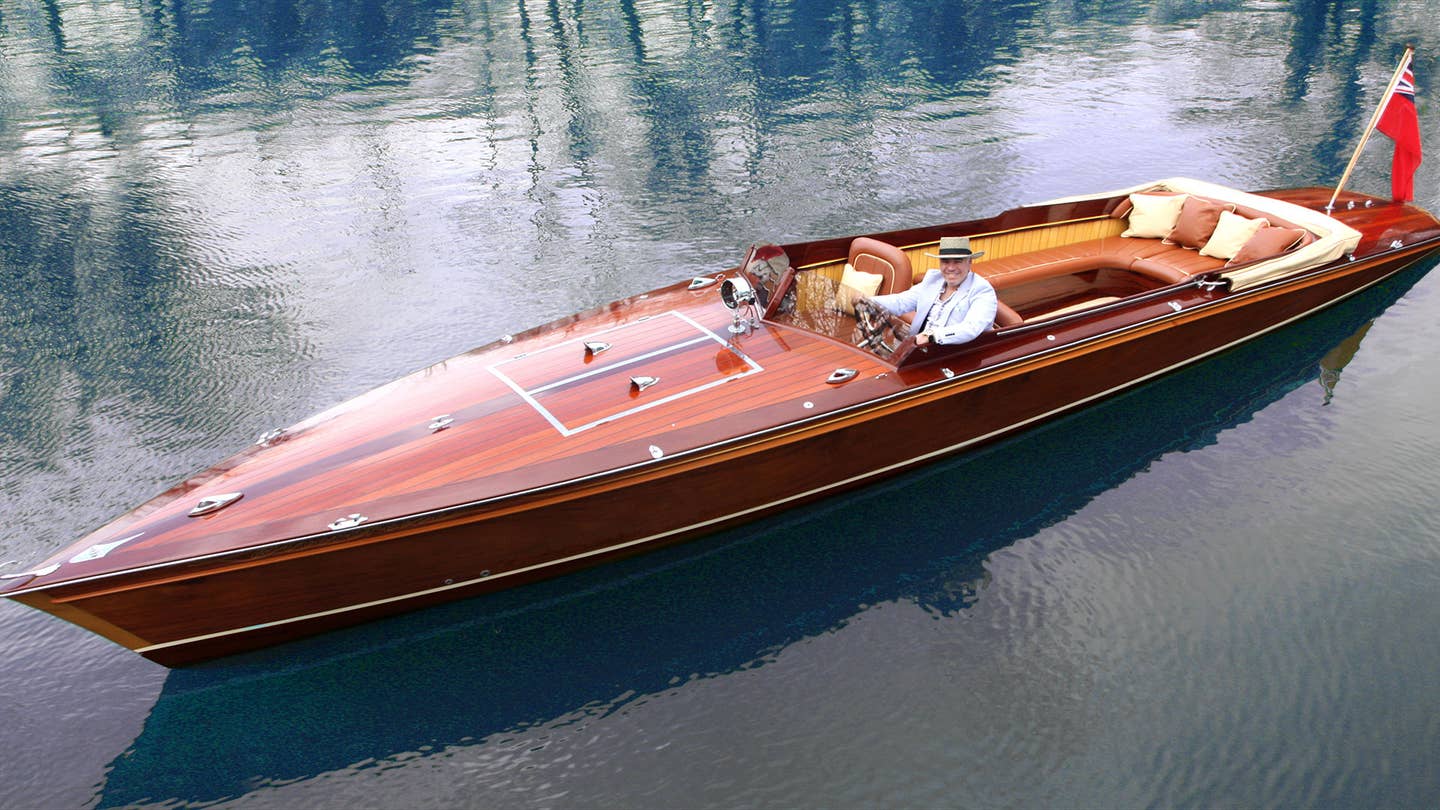