The Ferrari GTC4LussoT Tosses the V12 for a Turbo V8 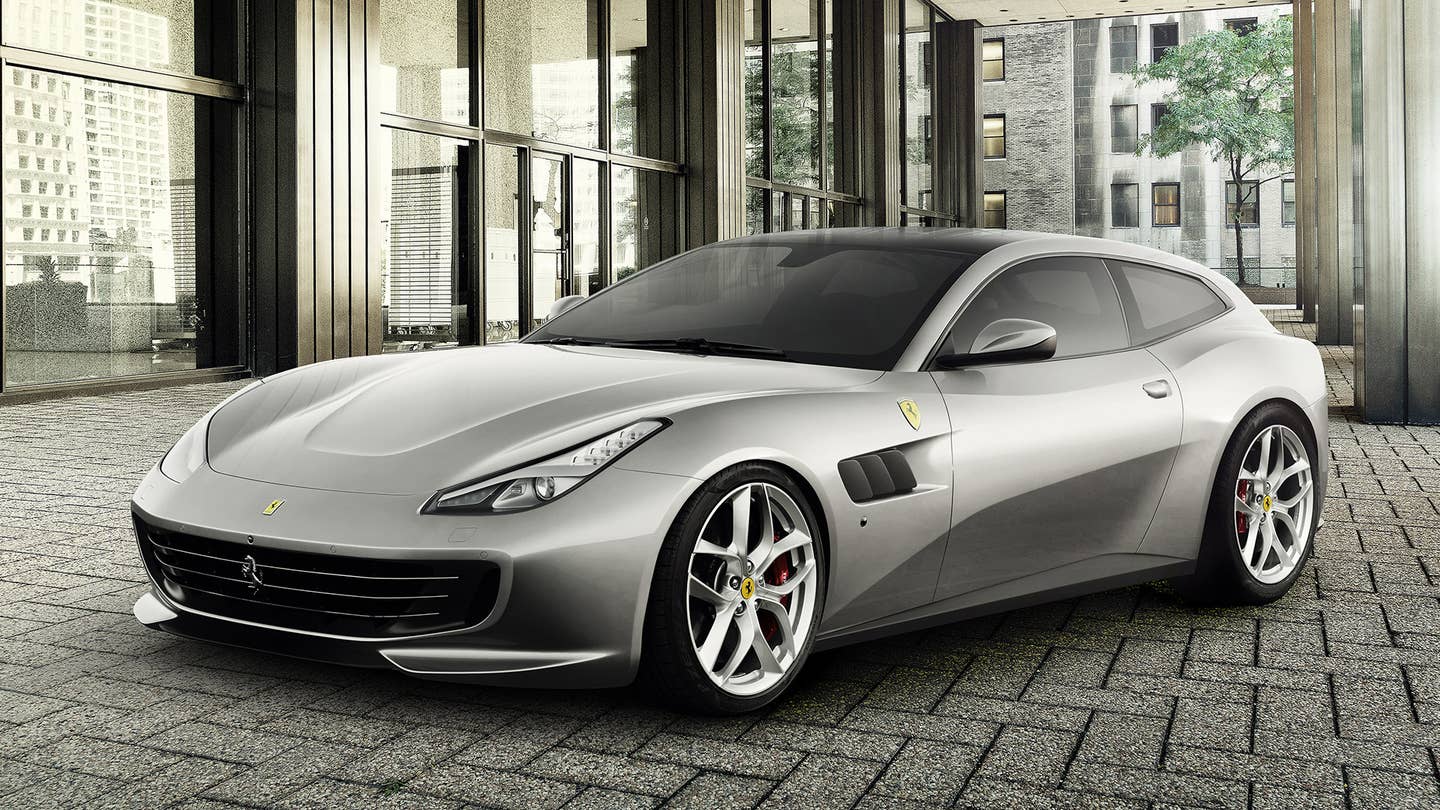 Today isn’t just the first day of fall, folks; it’s also new Ferrari day. And while the autumnal equinox swings by like clockwork every year, the new Ferrari GTC4LussoT is the first time in forever Maranello has crammed a twin-turbo V8 under its hood.

Well, “crammed” may be a bit of an overstatement. Considering the GTC4LussoT engine bay was designed for the 6.3-liter V12 that powers the “regular” version with delightful verve, the new 3.9-liter turbocharged V8 probably slipped inside like a greased watermelon. If that displacement seems familiar, it’s time to awkwardly pat yourself on the back; it’s the same basic engine found in the California T and 488 GTB/Spider.

Ferrari’s hatchback gran turismo does lose a bit of power in V8 form; the new engine cranks out 601 horsepower, around 10 percent less than the original-strength GTC4Lusso. In the real world, however, the GTC4LussoT might feel beefier in everyday driving than its V12-powered brother, considering the turbocharged eight-pot cranks out a meaty 561 pound-feet of torque between 3,000 and 5,250 rpm—48 more “torques” than the V12 model that debuted earlier this year.

Axing four cylinders isn’t the only change Ferrari made. The GTC4LussoT also loses the complicated-yet-brilliant all-wheel-drive system found on the 12-cylinder car, reverting to the RWD layout used by every Ferrari four-seater prior to the FF of 2011. Between the lack of mechanicals to send power to the front wheels and the smaller engine in that phallic front end, Ferrari says the new car weighs about 175 pounds less the V12 version, according to Autocar.

And while Ferrari was sprucing up the car, it slapped on a few pieces of performance trickery hit had laying around, like the four-wheel-steering system from the F12 TdF and the latest version of the slide slip control feature that originated on the 458 Speciale. Expect an MSRP a bit below the V12 model’s roughly-$300K starting price when the car debuts at the Paris Motor Show next month...although that’s not to say it’ll be cheap.

While it may seem like a bolt from the blue to some, rumors of a V8-powered version of the GTC4Lusso-slash-FF  have been swirling in knowledgeable Ferrari circles for years. Many emerging markets such as China slap hefty tax burdens on cars with larger engines—in many cases, specifically pegged to engines larger than four liters—so downsizing makes sense for fiscal reasons. And, of course, there’s that whole “corporate average fuel economy” thing, which tends to favor smaller turbocharged engines...but that’s another story.

Lighter, torquier, and cheaper—yeah, we always feel this way, but it’s hard not to be excited about this new Ferrari. In fact, the only thing we have to complain about here is the awkward name. Seriously, Ferrari—did the spacebar stop working?