An AWD family-sized Ferrari? Sounds like the perfect starter car to us. 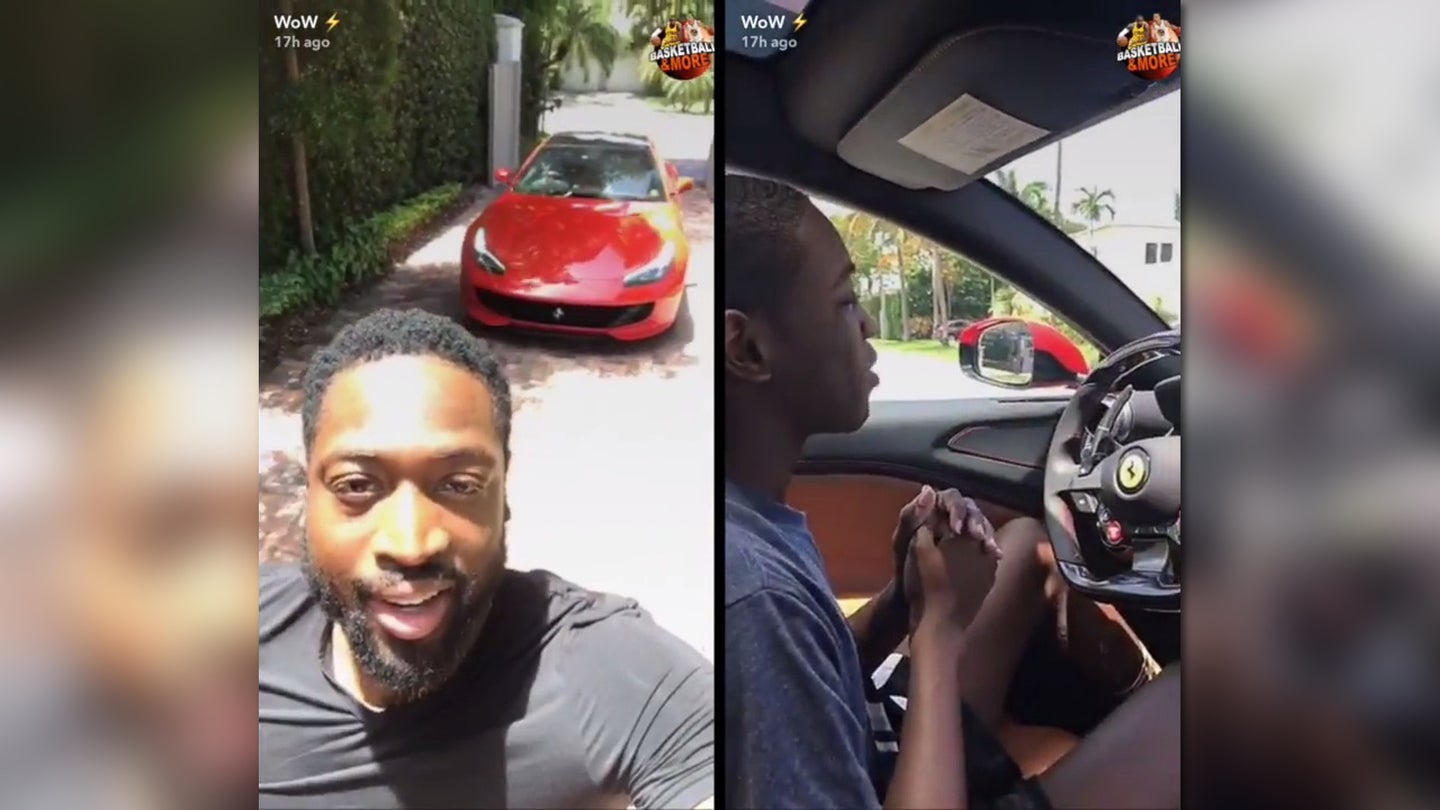 There are a lot of suitable cars out there for young teenage drivers to start out practicing on. A nice reliable Toyota Corolla. Maybe an old, tank-like Volvo. But a Ferrari GTC4Lusso? Well, it is the Ferrari for families.

Three-time NBA champion Dwyane Wade must be getting tired of carting his 15-year-old son Zaire around everywhere, because it's hard to think of another reason why he'd turn the keys to his $300,000 supercar over to a teenager with a learner's permit. Wade posted a brief video this weekend of his son slowly pulling the Ferrari out into traffic while he looks on apprehensively from the passenger's seat, and honestly, we can't tell who we're more nervous for.

Thankfully for all parties involved (and the greater Miami area), his son acquits himself well enough that Wade allows him to pull the GTC4Lusso up his driveway solo while he strolls in front of the red rocket ship. "The ulimate trust," he calls it. Standing with your back to an unsupervised teenager at the controls of a 6.3-liter V12 engine delivering 680 horsepower to all four wheels? That's a great way to describe it.

Zaire may be learning to drive in a car that's worth more than the average house, but his father's not going to let him look that cool: The video ends with the elder Wade reminding his son to set the parking brake with a truly dad-worthy "Safety first!"

Let's hope that Zaire takes his driver's test in the Ferrari GTC4Lusso, and that Wade records the reaction of the poor DMV instructor assigned to that challenge.