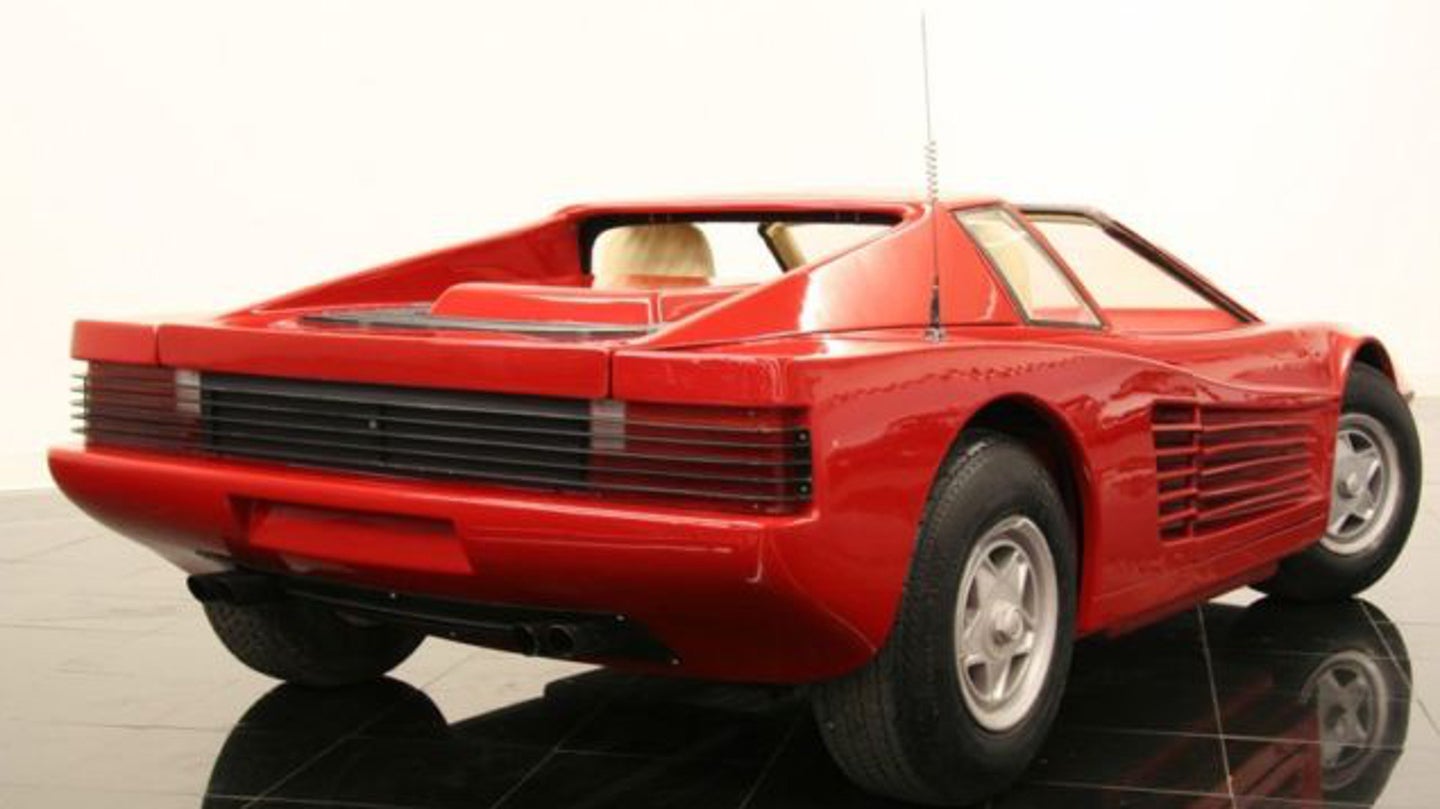 The Ferrari 512 Testarossa might be the most '90s Ferrari ever made, complete with the signature 12-cylinder engine, gated stick shift, and even a car phone. The 390-horsepower super car a B-list celebrity in pop culture, featured in both the OutRun arcade game (and subsequent music genre) and Miami Vice. Most Ferraris fetch a pretty penny at auction and the 512 Testarossa is no different, currently going for around $250,000 according to Hemmings.com. But if that price is too high, you can always grab this half-size driveable kid's model from an English garage - for a cool $97,000.

The Sun reports that Riddelsdell's Garage in Suffolk is selling a fully-restored kid-size Ferrari Testarossa Spider for the equivalent of $97,000. Although its engine comes from a sub-200cc lawnmower and it can't go faster than 25 mph, this replica Ferrari's Porsche 911-territory price tag may actually be justified. According to The Sun, only three of these toy cars was built for Harrod's luxury department store in the 1990s. The owner believes that these replicas are mini-classics, and has toiled for nearly a year to get the model restored.

It may be a toy, but the attention to detail is Ferrari-levels of impressive. The car, if we can call it that, features fully-working doors, gauges, and pop-up headlights. It's made entirely from fiberglass, but features an actual Ferrari steering wheel and leather interior. Unfortunately, it isn't street legal.

At almost $100,000, this toy car is almost half the price of an actual Ferrari 512 TR, but wealthy parents who really want their youngsters rolling in the sweetest Power Wheels on the block shouldn't pass this up.

It’s like all the best parts of our childhoods merged into one.