Buy This 1992 Ferrari 512 TR Because Testarossas are too Expensive

A Ferrari Testarossa look-alike with a gated manual, born in Miami and for sale in Los Angeles. It isn't the '80s icon we love, but it's pretty close. 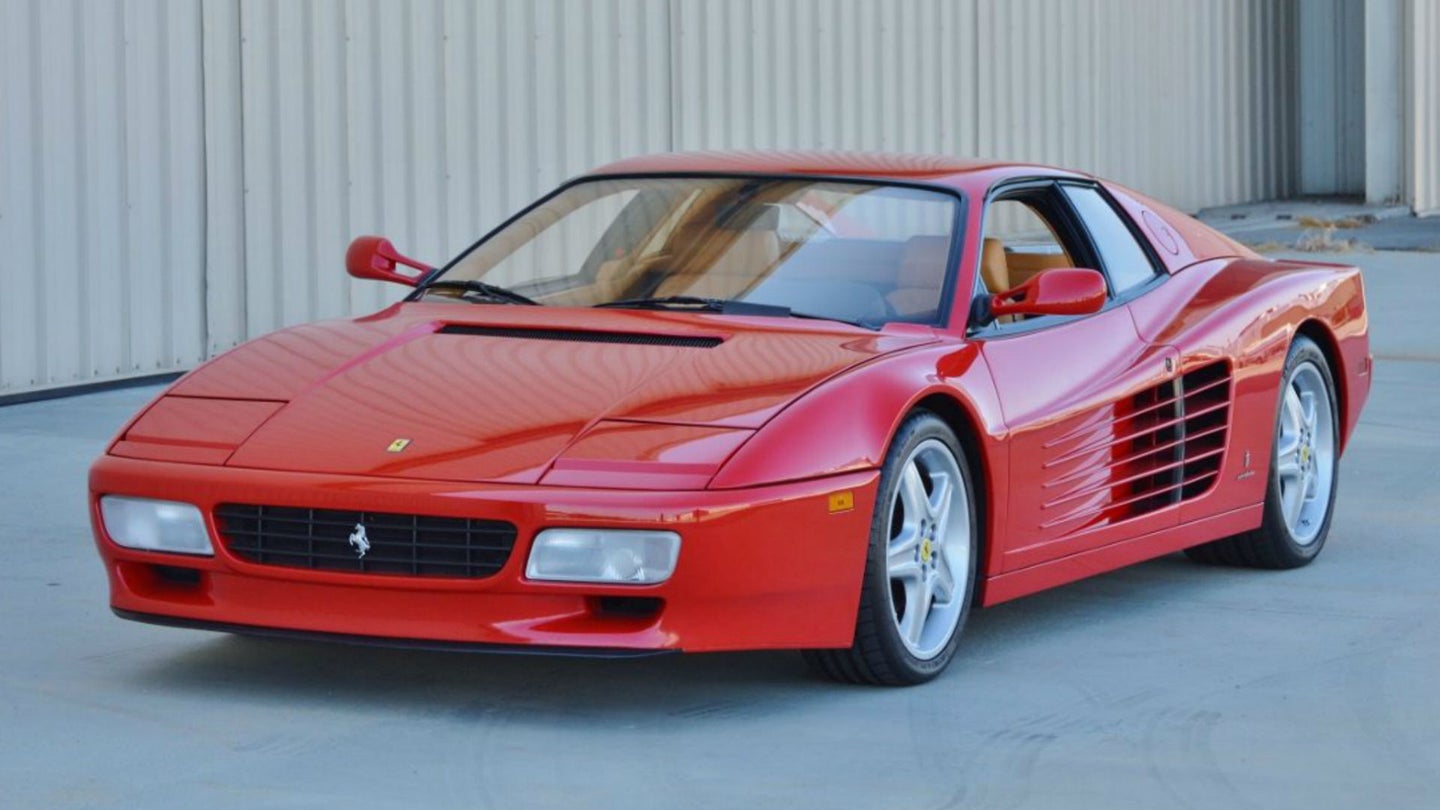 It's only natural to want to buy the cars from our favorite television shows, but that instinct has caused prices of many cars with cult followings to skyrocket in the past few years. Those of us without the dough to spend on the real deal will have to make compromises. If you're a fan of Miami Vice, for instance, the average asking price for a Ferrari Testarossa may be way too much, this 1992 512 TR is a great substitute though.

With 37,000 miles on the clock, this '92 Ferrari has been well-driven and well-maintained, with a recent servicing and clean history. It's lived in Miami, Colorado, Texas, and is now for sale in Los Angeles, a place it's called home for 16 years. In the past year, the owner gave the car new fluids and replaced the timing belt and adjusted the valves, so it should run like a dream. The lucky buyer will also receive Ferrari's fitted luggage with his or her purchase.

The 512 TR was a direct successor to the famous Ferrari Testarossa, featuring an improved 4.9-liter F-12 engine making 428 horsepower. The front and rear bumpers were slightly redesigned, and the 512 TR was given bigger wheels. Ferrari smoothed out the lines of the dashboard and made the controls more intuitive as well. The gated 5-speed manual transmission was also upgraded for better, smoother shifts.

At a current bid of $88,000, this doesn't seem like much of a bargain, but the more popular Testarossa has nearly tripled in value in the past few years, and this 512 TR costs half the price of an '80s Ferrari in good condition, with more power and technology.

The original Ferrari Testarossa was a staple of 1980s culture, featured in numerous television series and video games like Out Run, which inspired an entire visual style and music genre that's still growing to this day. 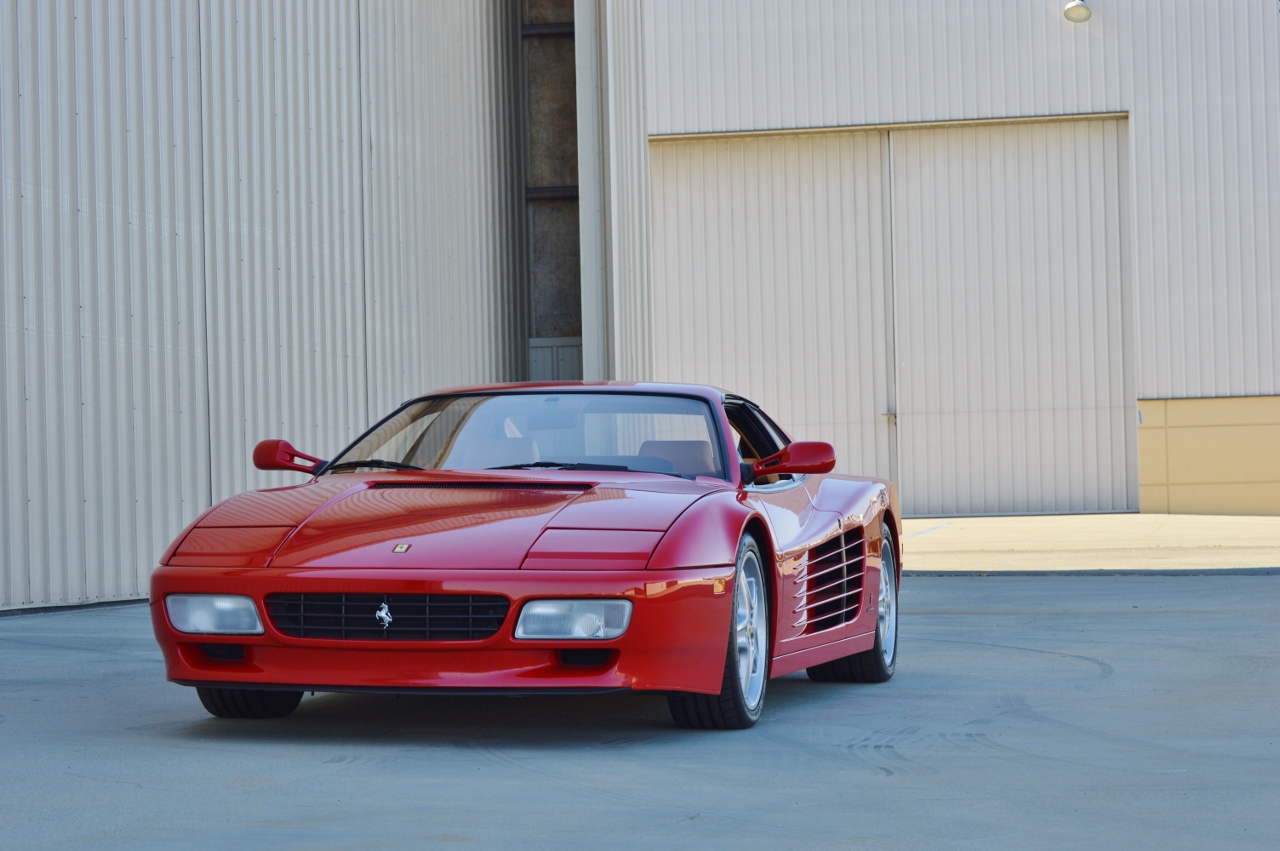 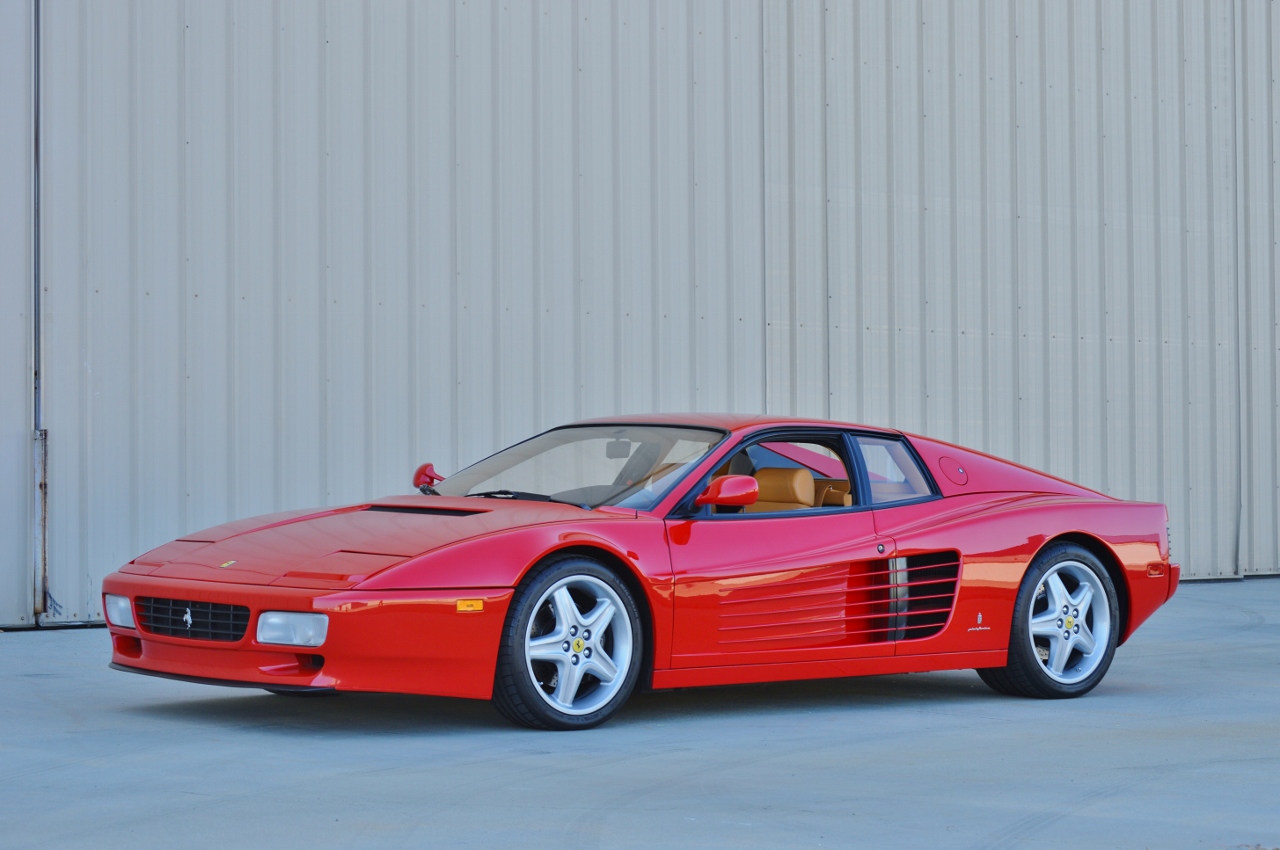 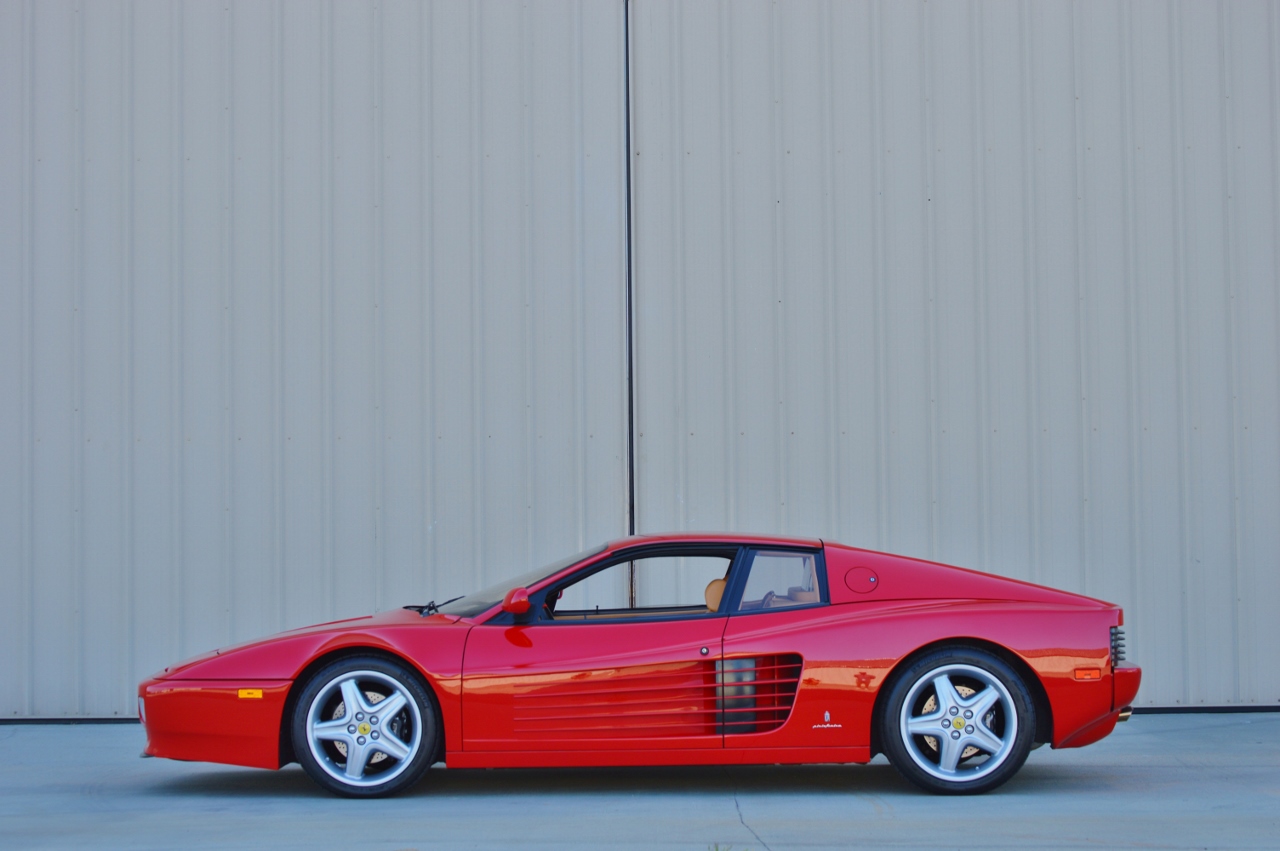 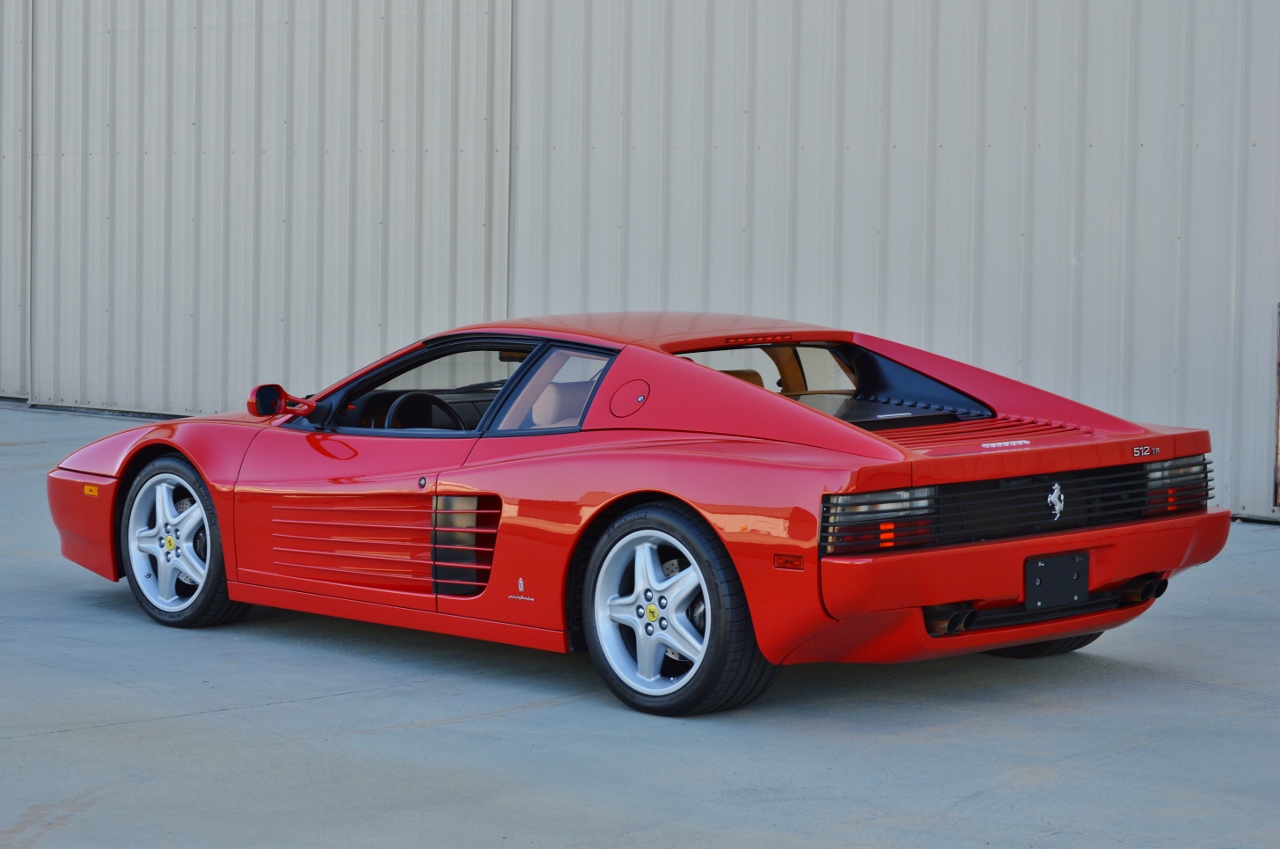 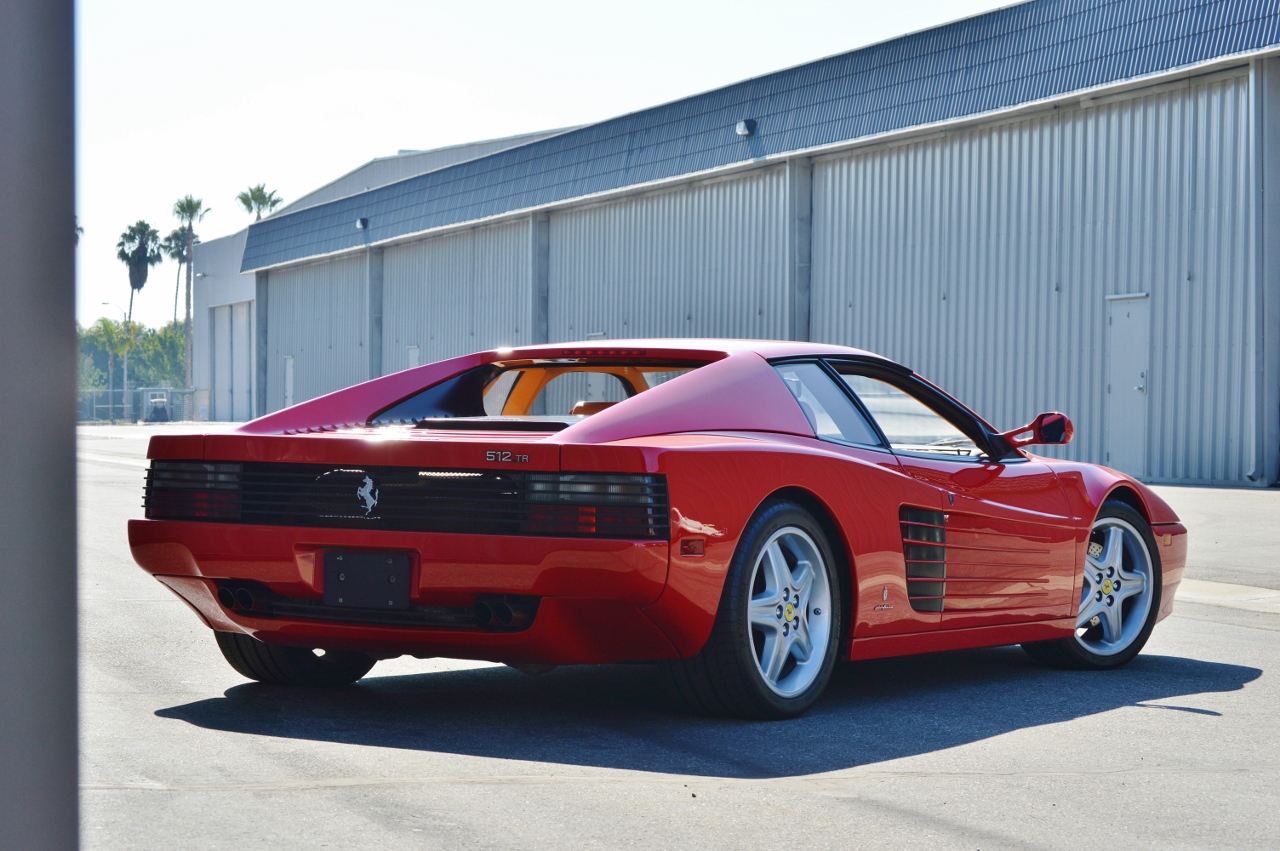 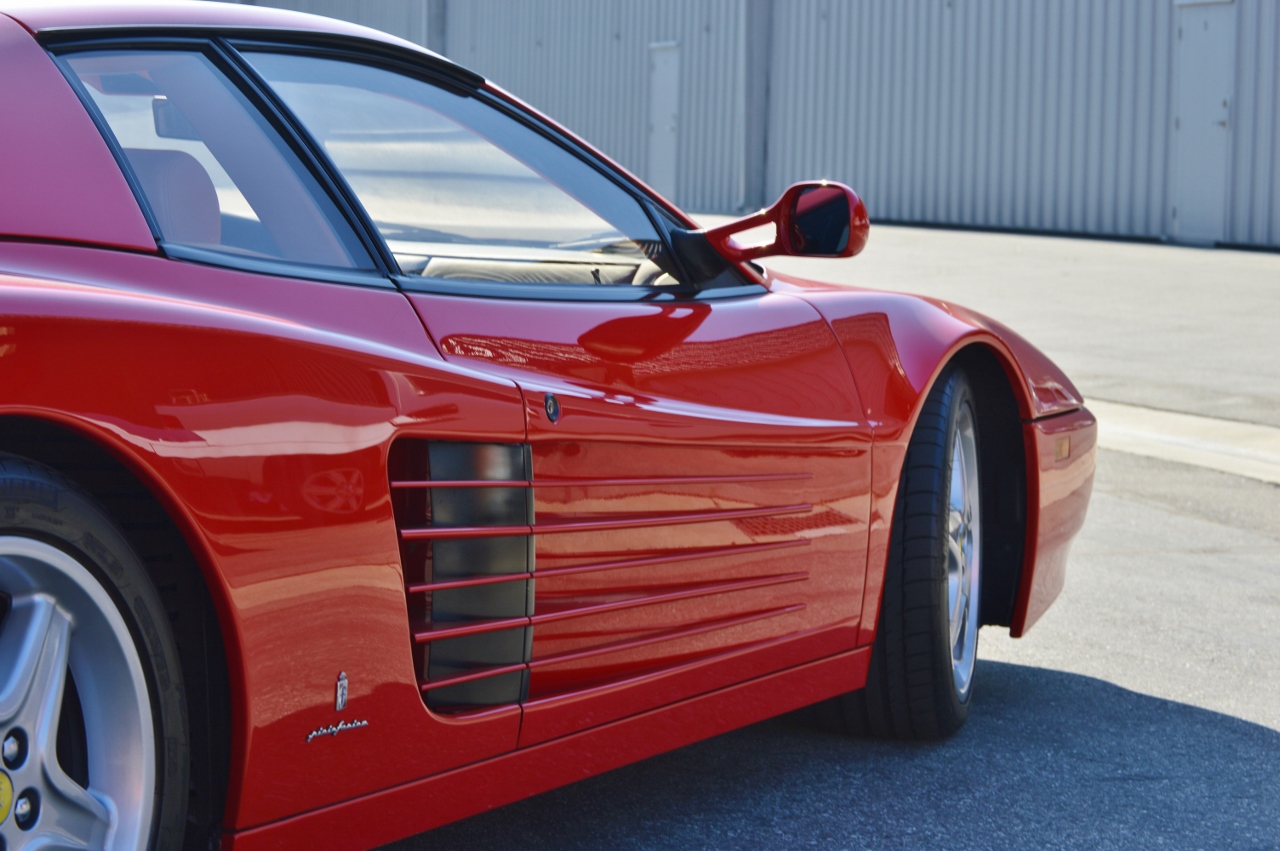 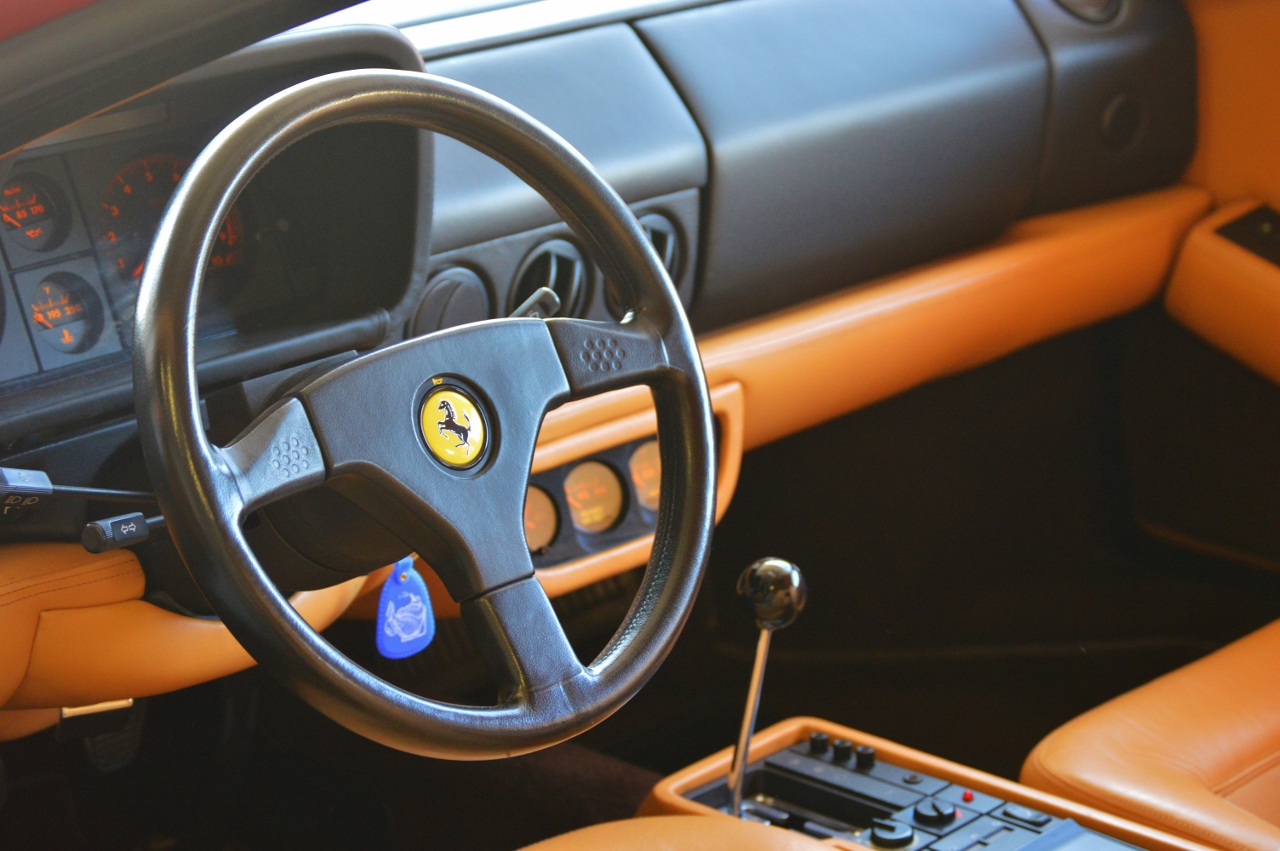 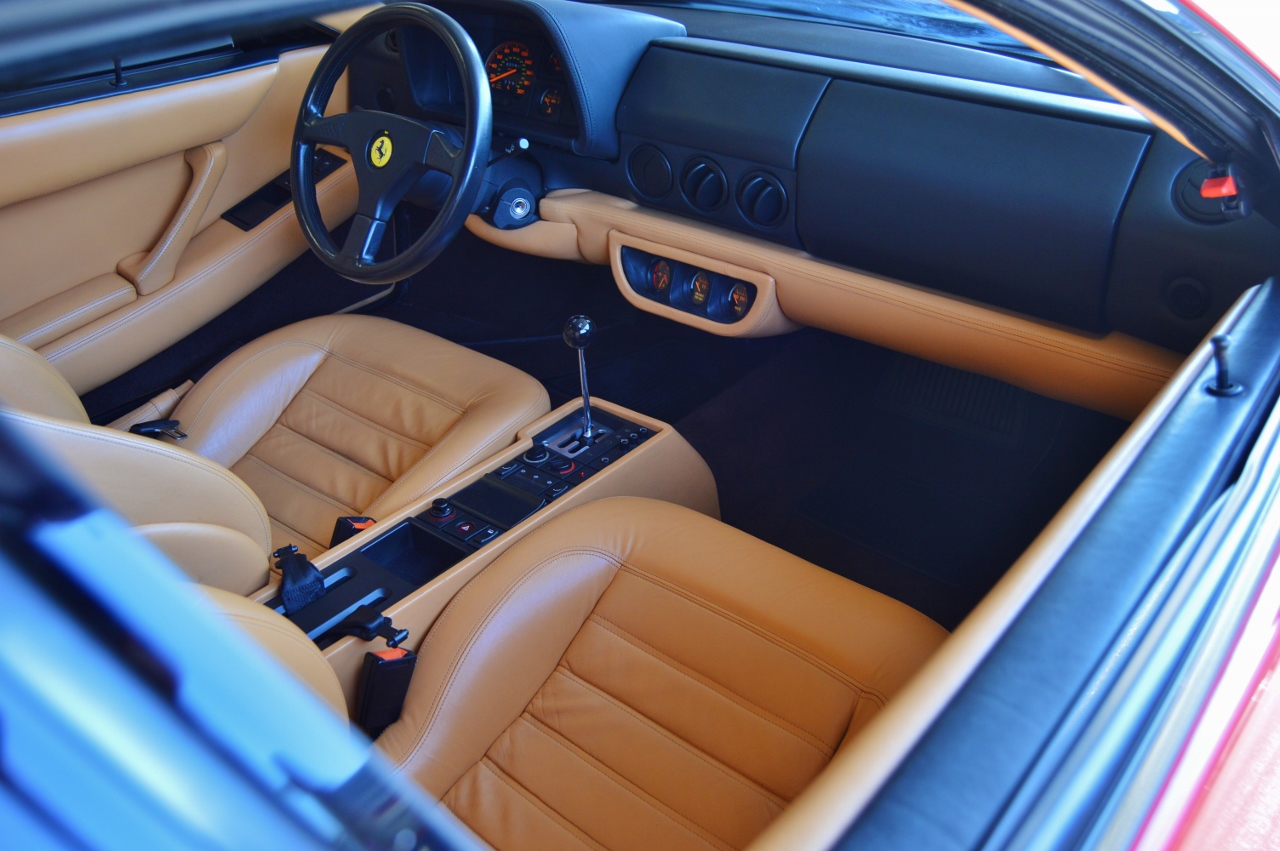 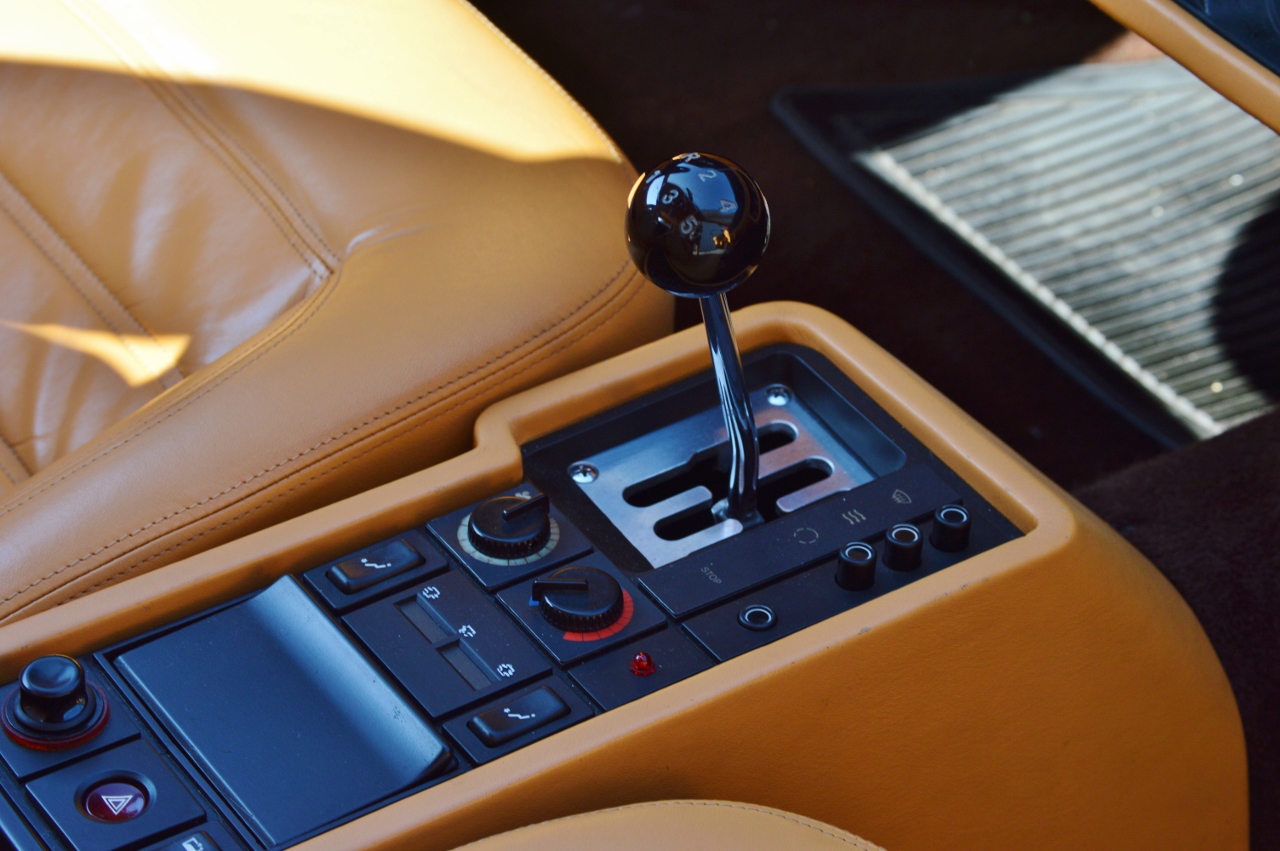 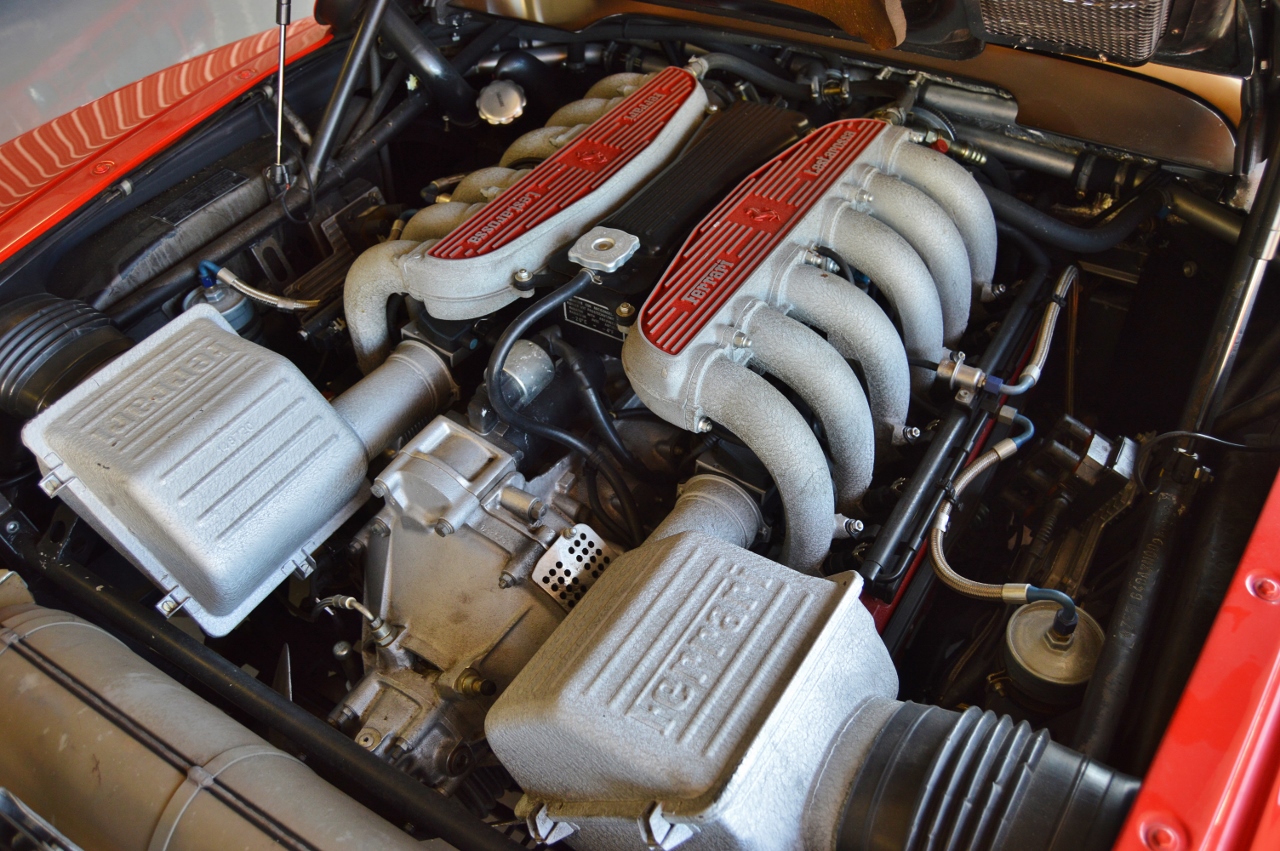 Bring a Trailer
30 Years Ago: The Amazing Ferrari F40 Was Unveiled
The Drive
MORE TO READ