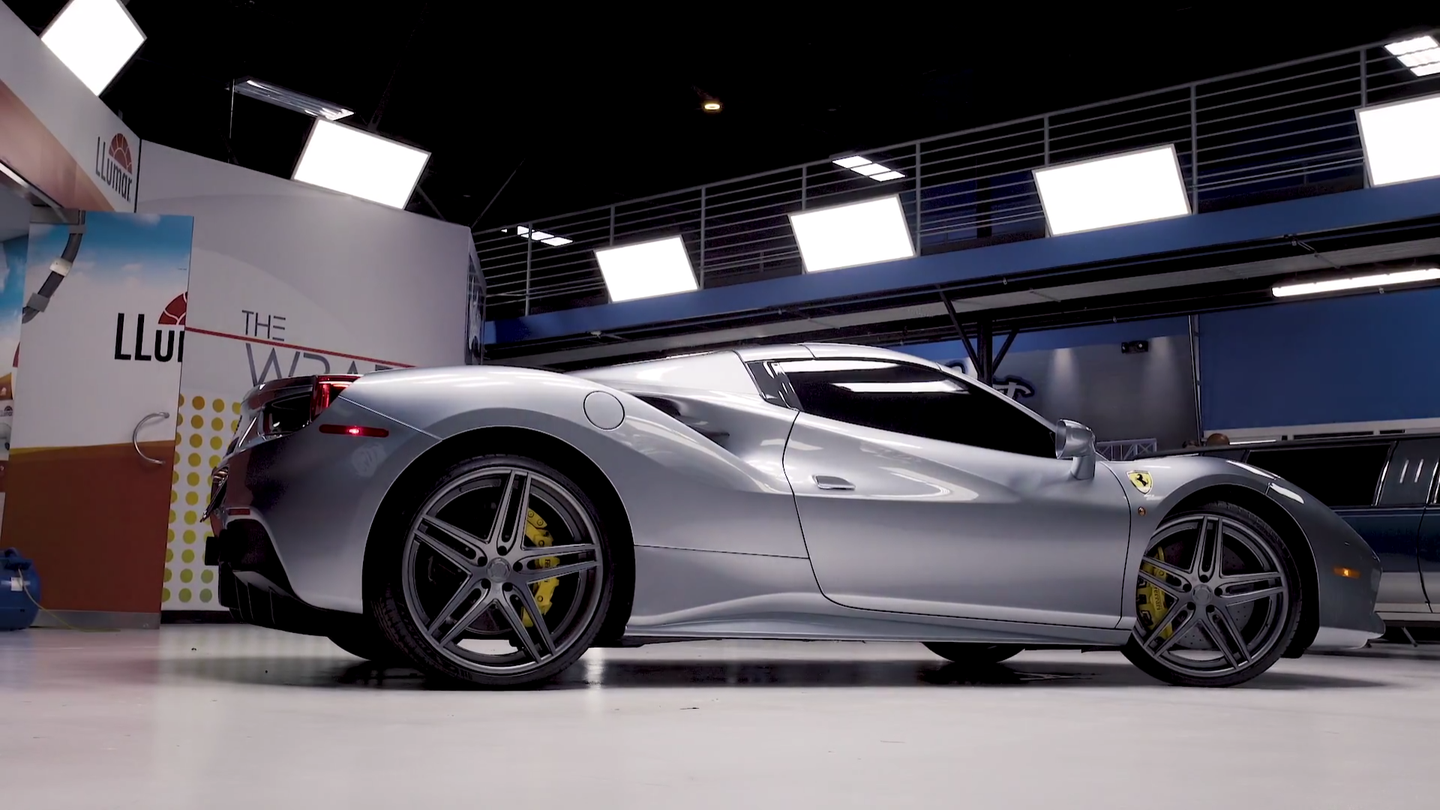 Even though the Kardashians—America's other First Family, as it were—aren't exactly trading on their reputation as car people, all that money begets some seriously cool rides. West Coast Customs just finished up some work on youngest sister Kylie Jenner's new Ferrari 488 Spider—and we have to admit, it's a far cry from the days of Pimp My Ride's gaudy opulence.

Despite being only 20 years old, Kylie Jenner has managed to amass quite a car collection. Her totally-normal garage has included a Mercedes-Benz G63 AMG, a Range Rover Autobiography, a Ferrari 458 Italia, a Rolls-Royce Ghost, and a Maybach for good measure. But after she and her sister Kendall bought matching Ferrari 488 Spiders last year, it seems Kylie wanted hers to stand out a little. (Again, completely understandable and relatable.)

So she turned to the crew at West Coast Customs, who have clearly moved beyond Louis Vuitton wraps and putting televisions in door panels. The result is pretty stunning, frankly; the Gloss White paint has an ethereal glow about it that highlights the Ferrari's beautiful lines, the dark window tint is a cohesive visual accent, and the Lexani LZ-105 wheels are spot-on.

Under the hood, everything is left untouched. After all, it's hard to mess with a 3.9-liter turbocharged V8 engine putting out 661 horsepower and 560 lb-ft of torque to the rear wheels through a seven-speed automatic gearbox.

So if you're intent on literally keeping up with the Kardashians, it looks like you've got a new Ferrari to order. And hey, at least it's not pink.