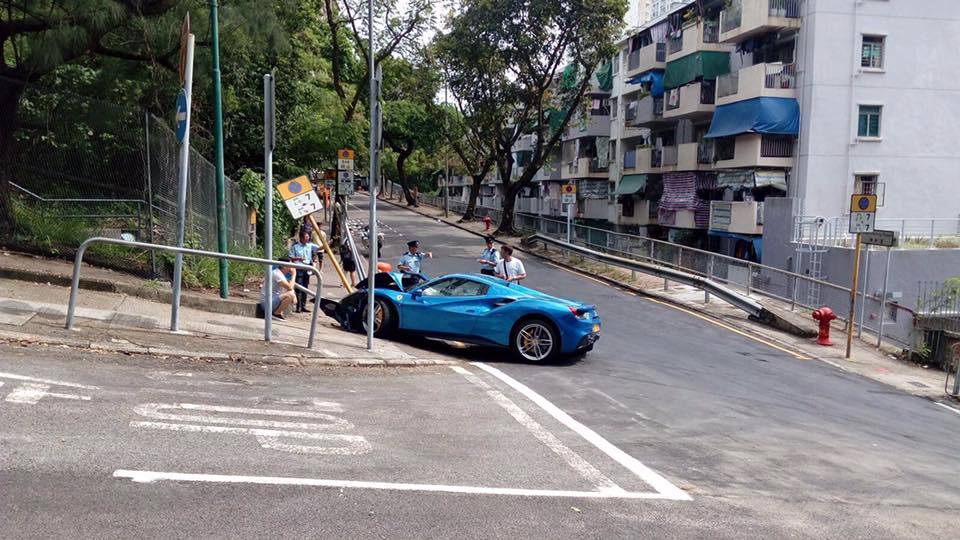 It seems like almost every time we hear about an expensive exotic getting into an accident on the street, it’s either stolen, rented, the driver is allegedly drunk, or in very special cases, all of the above. However, none of those common indicators of a supercar crash apply to this rather wholesome Ferrari 488 Spider wreck that occurred on Thursday afternoon in which there were no injuries.

The blue Ferrari was dashing down Aberdeen Reservoir Road in Hong Kong when it came to a very sudden stop. The stop was caused by the 36-year-old driver stuffing his 660-horsepower 488 into three street signs right in the middle of the front of the car between the headlights.

South China Morning Post reports that according to authorities, the driver passed an alcohol test. The driver claims he crashed his Ferrari because he was swerving to avoid hitting a dog. That just might be the best excuse we’ve ever heard for crashing your Ferrari.

The video below posted by Go Car 2 on Facebook is going viral. It doesn’t give us a great view of the crash and we can’t see a dog anywhere, but it’s a view nonetheless. As of this writing, the video has 37,000 views on Facebook.

Do you see a dog? If there was a dog involved, was the swerve worth it to spare its life?