The duo has "exceeded the expectations" of Mercedes team officials. 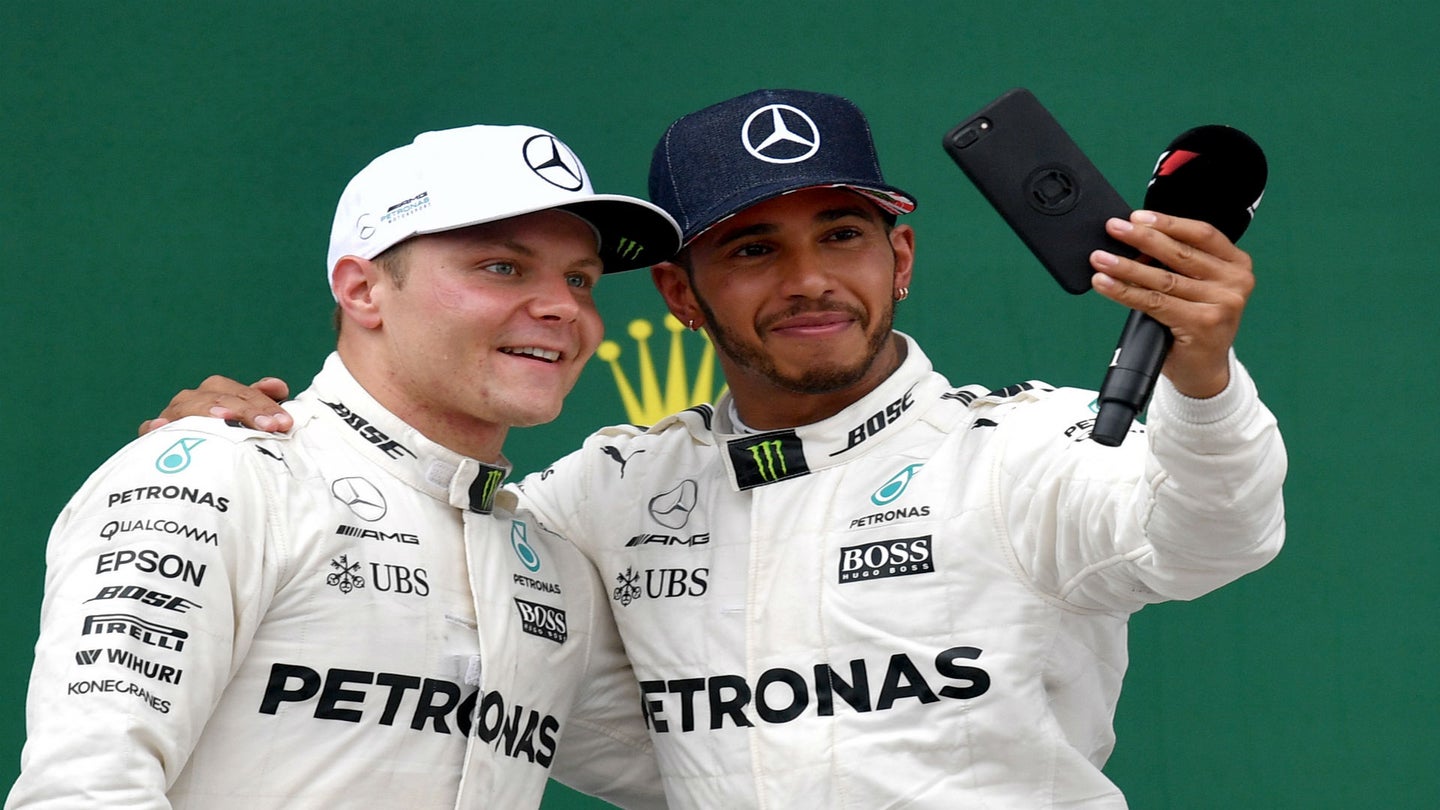 Mercedes Benz was forced to fight a battle within itself when its two top tier drivers, Lewis Hamilton and Nico Rosberg, competed against each other in the past. A power struggle started to pull the two apart, making it hard to co-exist both on and off track. But following Rosberg's shock retirement at the end of 2016, the silver arrow team went out and picked up Valtteri Bottas who has performed at the top level of F1 all year. This new tandem has not only served well for Mercedes in the points standings, but also in the clubhouse, according to chief Toto Wolff.

The outspoken team boss announced how impressed he was at Bottas' ability to keep a "pretty strong record against the fastest man on the grid” in Hamilton, a three time world champion.

“Valtteri for me is performing up to our expectations. When we decided to take him we knew about his qualities," Wolff told Motorsport.com. “So on track he has met our expectations and it’s getting better every race, and he progresses every race, which is very nice to see."

But what he was most surprised by, however, was the harmony in which the two operate.

“But where he has exceeded our expectations, and both of them have actually, is how they work together. They get on with each other, and respect each other, on track and even more off track. It’s very straightforward."

Wolff pointed out an instance at the British Grand Prix, a hard fought battle that Hamilton went on to win.

"It came to a point in Silverstone when Lewis said: ‘I’m going to pull him along with me.' It’s just an underlying respect for the other individual and the other race driver. Have you seen that in the past in a team, where the two guys got on like this?”

This, in result, is much different than the relationship between Nico and Lewis, a star-struck soap opera that spanned several years without being resolved.

The cooperation between the two has led to what is currently a 39-point lead over second place Ferrari, and a resounding 173 points ahead of Red Bull F1.