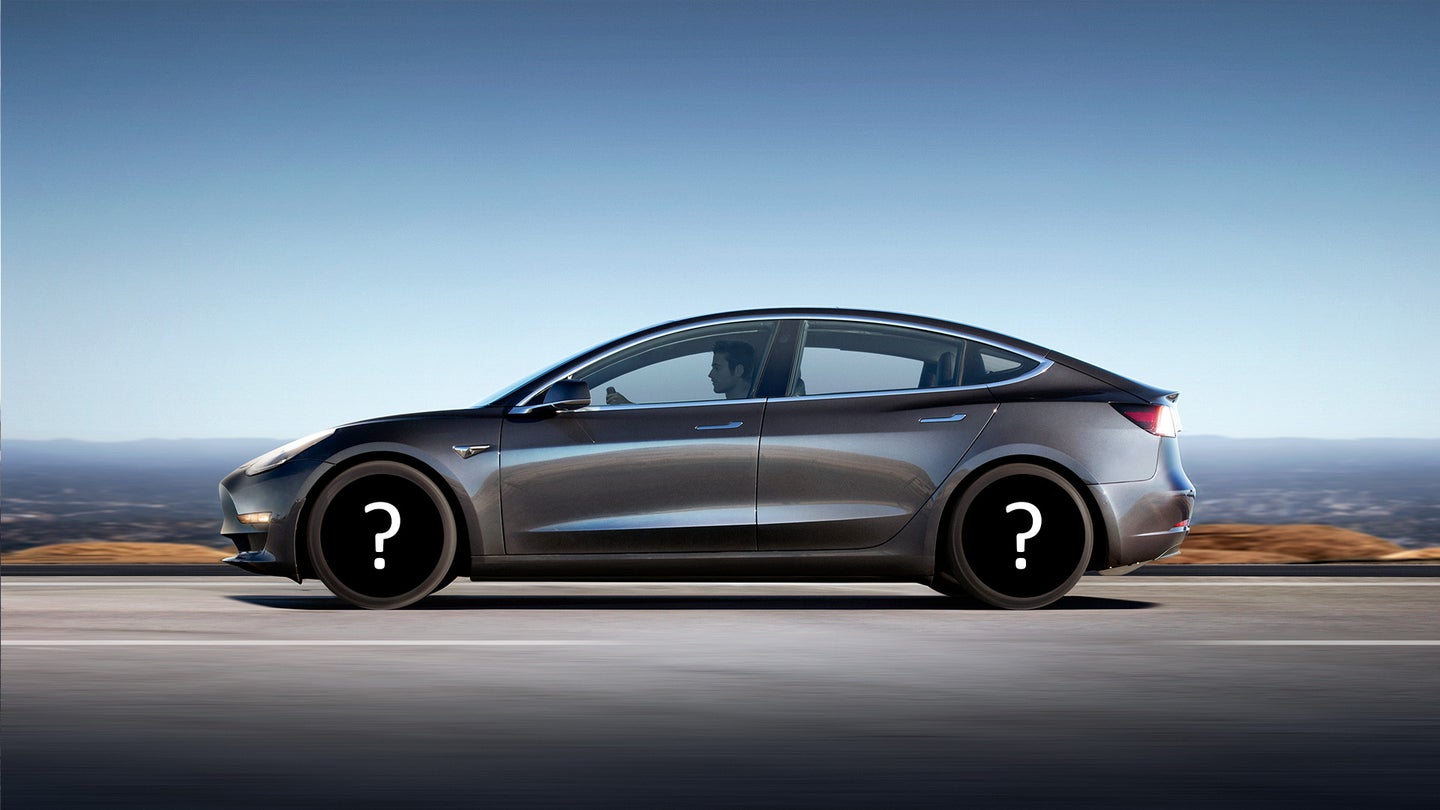 The people have spoken, and a lot of them really don't like the Aero-style wheels that are offered on the Tesla Model 3. As it turns out, the wheels are hiding two important secrets that many of those people might not know. Not only do these wheels make the car more efficient—hence the "Aero" name—but it also turns out they're just hubcaps. The real wheels beneath those caps actually look pretty good.

Air travels everywhere. Think of it like water that you can't see; when you spill it, it will find every possible way to get into a nook because it flows so freely. While driving, air is a bit more forceful, almost like if you turn your sink on the entire way. Tesla engineers must have found that the Model 3 could benefit from a bit more efficiency and decided to test out some caps for the wheels—and when people saw them, the Internet climbed into an uproar thinking these were the wheels the Model 3 came with. After all, the manufacturer did announce that it would be limit the amount of customization offered on the Model 3.

Take them off, though, and you reveal something much more pleasing to the eye. Choosing between the 19-inch sport wheels (which cost an extra $1,500) and the uncapped 18-inch aero wheels became a lot more difficult.

The trade-off for the compromised aesthetics is range. Electric car range can be affected by a number of things, just like with gasoline vehicles. The only downside is that it's not exactly as easy to charge an electric car as it is to fill up a gas tank, though manufacturers are working on it. But slap these ugly boys on your wheels and, according to a forum member who claims to have spoken with one of Tesla's high-up engineers, it provides around a 10 percent increase in range.

Model 3 owners who do end up sticking with the more affordable option can likely sleep a bit easier knowing that they don't have to live with the uglycaps forever. Going on a long road trip? Slap them on for better range and a piece of mind. But if you're cruising the town and want to look a bit sportier without dropping the extra cash, leave the caps off and strut those spokes.

German Environmental Minister Returns Tesla Model S Because It Lacked Enough Range By Eric Brandt
Solar Eclipse Traffic Made Tesla Supercharging Almost Impossible in Some Places By Caleb Jacobs
Any Tesla Could Be Your Tesla, Thanks to Driver Profiles Saved in the Cloud By Eric Brandt
Tesla Model 3 Reservation Holders Complain of Store Pressure to Take Model S Inventory  By Will Sabel Courtney Posted in News
The Model 3's Charging Door Is Completely Motorized By Rob Stumpf
MORE TO READ