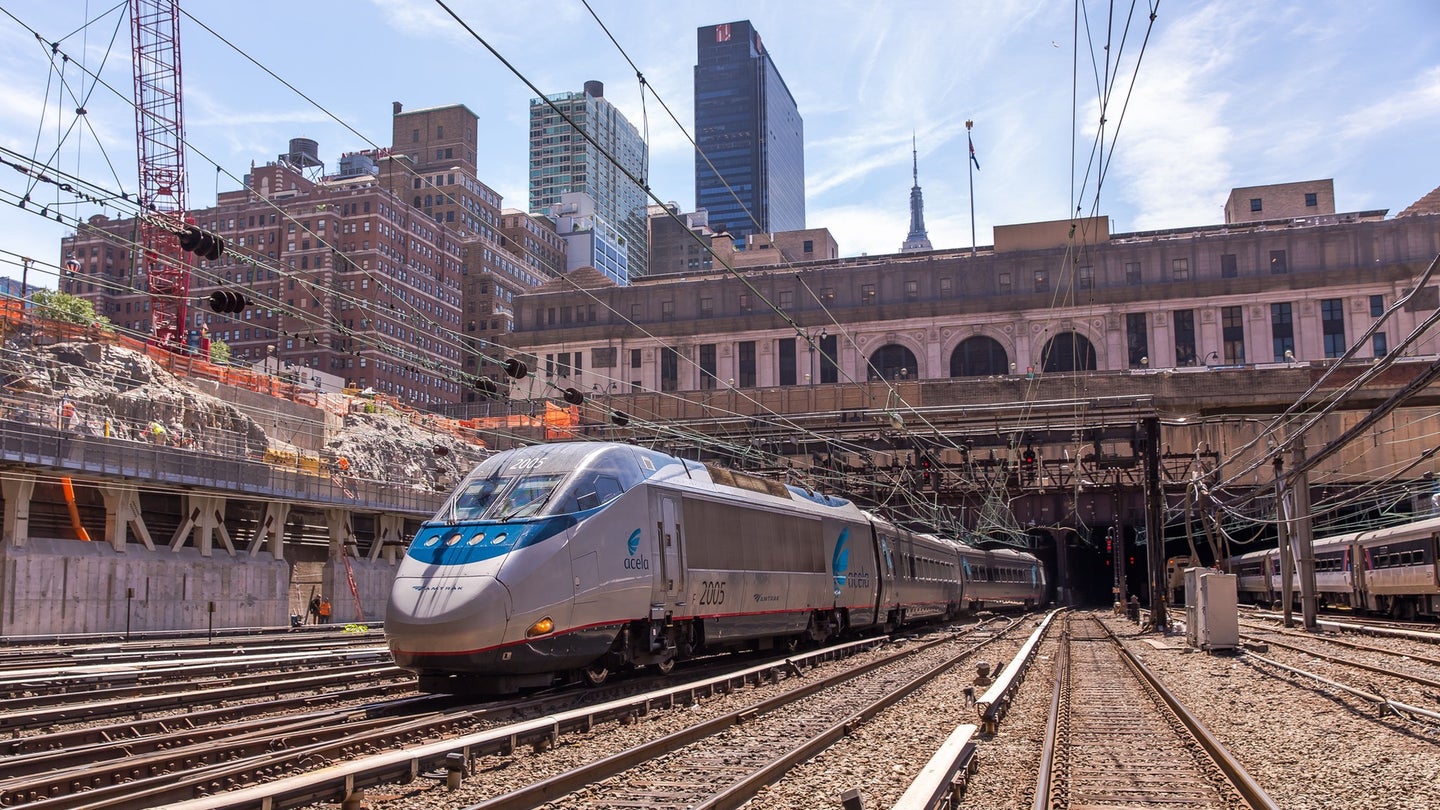 Fuel is a major expense for any transportation system. When gas prices rose past $4 per gallon a few years back, many shipping companies added a fuel surcharge to their normal pricing to cover their increased costs. These days, gas is relatively cheap, with an average price of $2.34 per gallon across America as of Wednesday, according to AAA. But while less-expensive fuel makes running trains and buses cheaper, it also makes it more affordable for people to drive themselves instead. So, as it turns out, low fuel prices are actually bad for public transportation.

Case in point: Reuters reports that a study by DePaul University says that eight of the 50 most heavily-traveled routes between cities 120 to 400 miles apart in America have lost either express bus or Amtrak service since 2014. Additionally, nine metropolitan areas in the United States with populations above 700,000 now have no Amtrak passenger rail service or express bus service at all. As a result, ridership and revenue on Amtrak and bus services such as Megabus and BoltBus has declined since 2015, roughly tracking a decline in U.S. gasoline prices, according to the DePaul University study. As long as gas remains cheap, public transportation seems bound to suffer.

The study claims that travelers tend to favor airplanes for trips more than 400 miles, and cars for trips less than 100 miles. But low gas prices encourage people to drive for longer distances than this. For example: last week, my wife and I drove to Montreal, Quebec for a wedding. At $2.34 per gallon, the 600-mile round trip at 30 miles per gallon costs $46.80. The least expensive round-trip train ride along the same route for two people, on the other hand, costs $472. A bus ticket costs $156 for two people going round-trip. Plus, driving gave us the freedom to travel when and where we wished, rather than be tied to the train or bus schedule—and saved us even more money by allowing us to drive around Montreal without renting a car or taking buses or cabs.