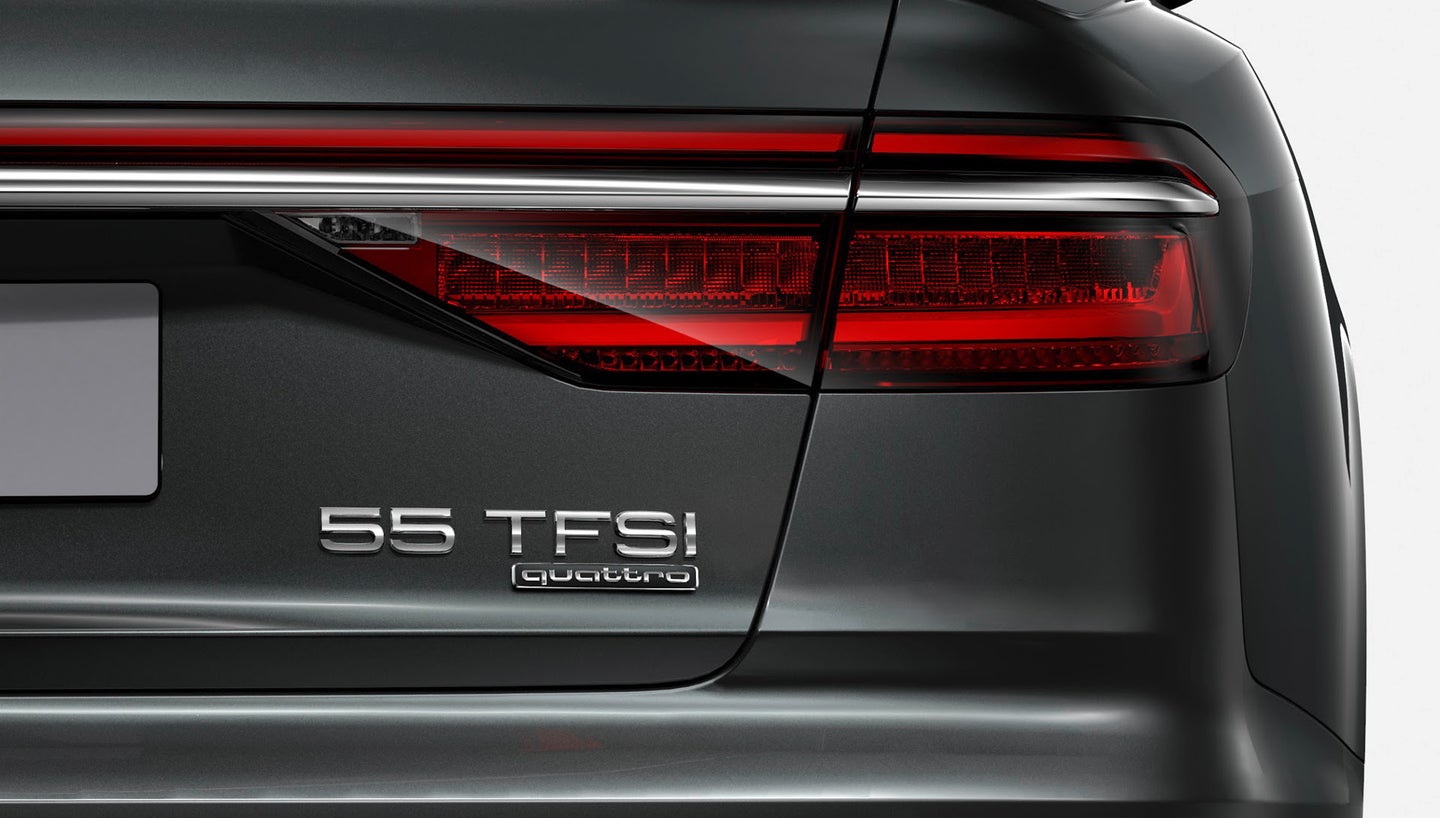 Some automakers like to put flair and passion into their model names -- Alfa Romeo has "Giulia" and Ferraris of old had sexy monikers like "Testarossa". However, modern day cars, particularly German ones, are all distinguished by a series of numbers and letters that even your biggest auto aficionados have a hard time deciphering. This is a trend that Mercedes Benz and BMW have followed for years, but Audi has been a bit better by simply differentiating lines of vehicles a logical alphabetical and numerical system; for example, A4 is the typical consumer version of the 4-Line, Q7 indicates an SUV that slots above the Q5, etc.

But that was just too easy.

Audi claims this to be an easier way to tell how much power a model has by looking at it, but it really doesn't seem any better. Additionally, the numbers don't seem to correspond with the car's power output, almost as if they are randomly assigned.

“As alternative drive technologies become increasingly relevant, engine displacement as a performance attribute is becoming less important to our customers. The clarity and logic of structuring the designations according to power output makes it possible to distinguish between the various performance levels,” says Dr. Dietmar Voggenreiter, Board of Management Member for Sales and Marketing at Audi AG.

Regardless of how, or why, the marque decided to institute this, the new system will be introduced with the all-new A8 coming out this fall.

If Only Audi Built This Gorgeous A8 Coupe

This A8 Coupe rendering by X-Tomi Design would be a great Mercedes S-Class competitor.