Ferrari Denies Report That the GTC4Lusso Is Exiting Production

Ferrari’s most practical model hasn’t bowed out quite yet, but it certainly doesn’t seem long for this world. 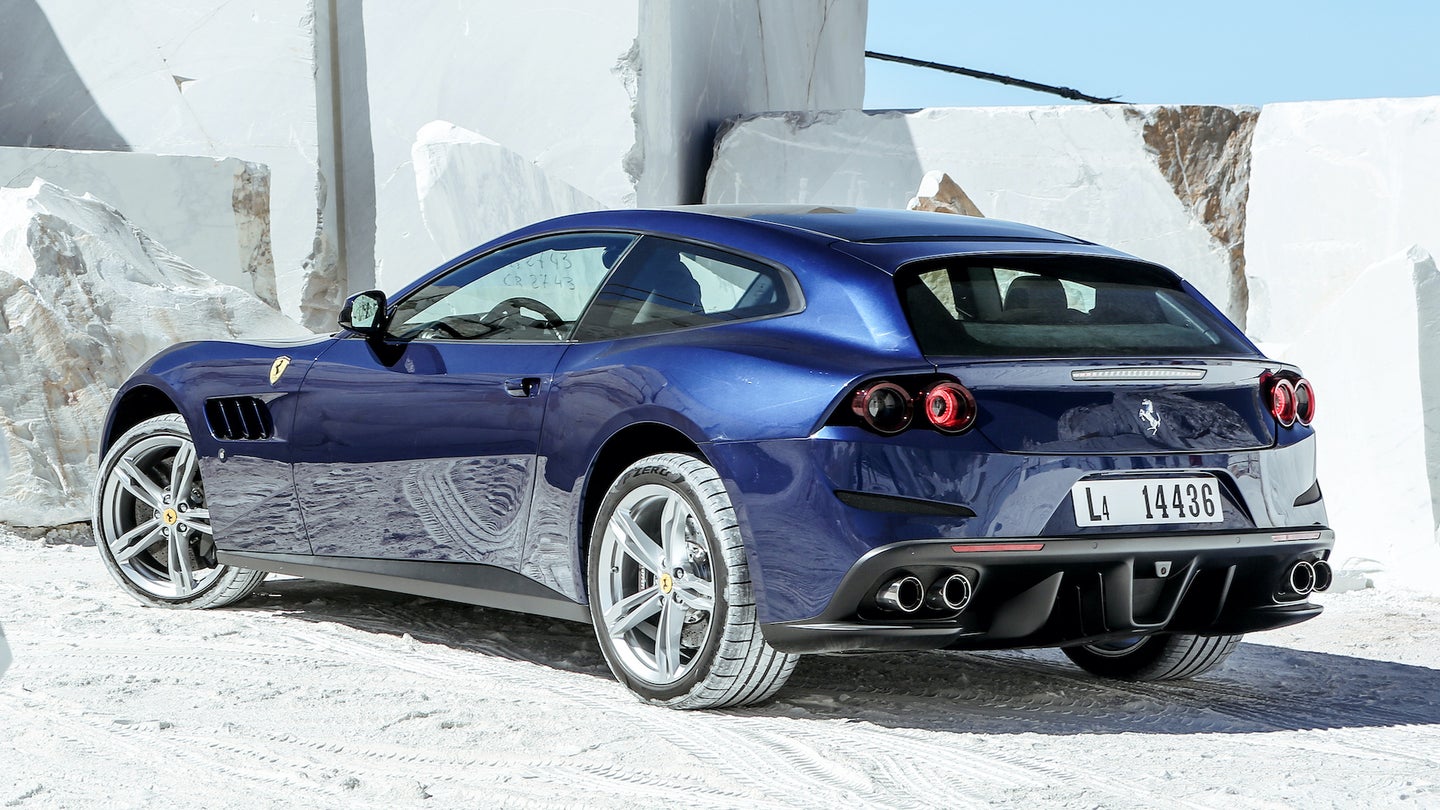 The day when Ferrari enters the crossover age is inevitable—that much is certain. But that day may yet be a while off, as Ferrari has formally denied to The Drive that its most family-friendly model, the GTC4Lusso, has been taken out of production following a report to the contrary.

Word of the GTC4Lusso's cancellation stemmed from an Instagram post by @allcarnews, which reported the model to be "ending production with 2020 being its last year." The account cited a YouTube video from Connecticut luxury car dealer Miller Motorcars, wherein one of the dealer's sales managers affirmed a Blu America-on-beige example of the GTC4Lusso to be "the final #Ferrari #GTC4Lusso to be delivered by #MillerMotorcars."

A dealer spokesperson confirmed to The Drive that this car is indeed Miller's last allocation for the model, though when contacted for comment on the GTC4Lusso's future, Ferrari confirmed no changes to its lineup. So while GTC4Lusso production will continue, sales of the model for Miller will end on a high note. The dealer's final allocation is not the turbocharged GTC4Lusso T, but the naturally aspirated model, whose 6.3-liter V12 sends 681 horsepower and 514 pound-feet of torque through a seven-speed, dual-clutch automatic to all four wheels. Zero to 60 miles per hour unfolds over a mere 3.4 seconds and top speed lies at a lofty 208 mph.

The world has yet to see how these performance figures will compare to the GTC4Lusso's anticipated successor the Purosangue, or purebred, which spy photos suggest could resemble a GTC4Lusso on stilts. Ferrari is known to be considering a broad range of powertrains for the Purosangue, from hybrid V6s to turbocharged V8s and naturally aspirated V12s, all of them producing power in the neighborhood of 700 horse. Beyond this, though, little concrete information is available to whet the appetites of Ferrari's clients, who are no doubt ready to see Ferrari not only upstage the Lamborghini Urus but produce a crossover worthy of the Prancing Horse badge.

2020 Ferrari F8 Spider Review: Mastery of the Form in a 710-HP Droptop Rocket