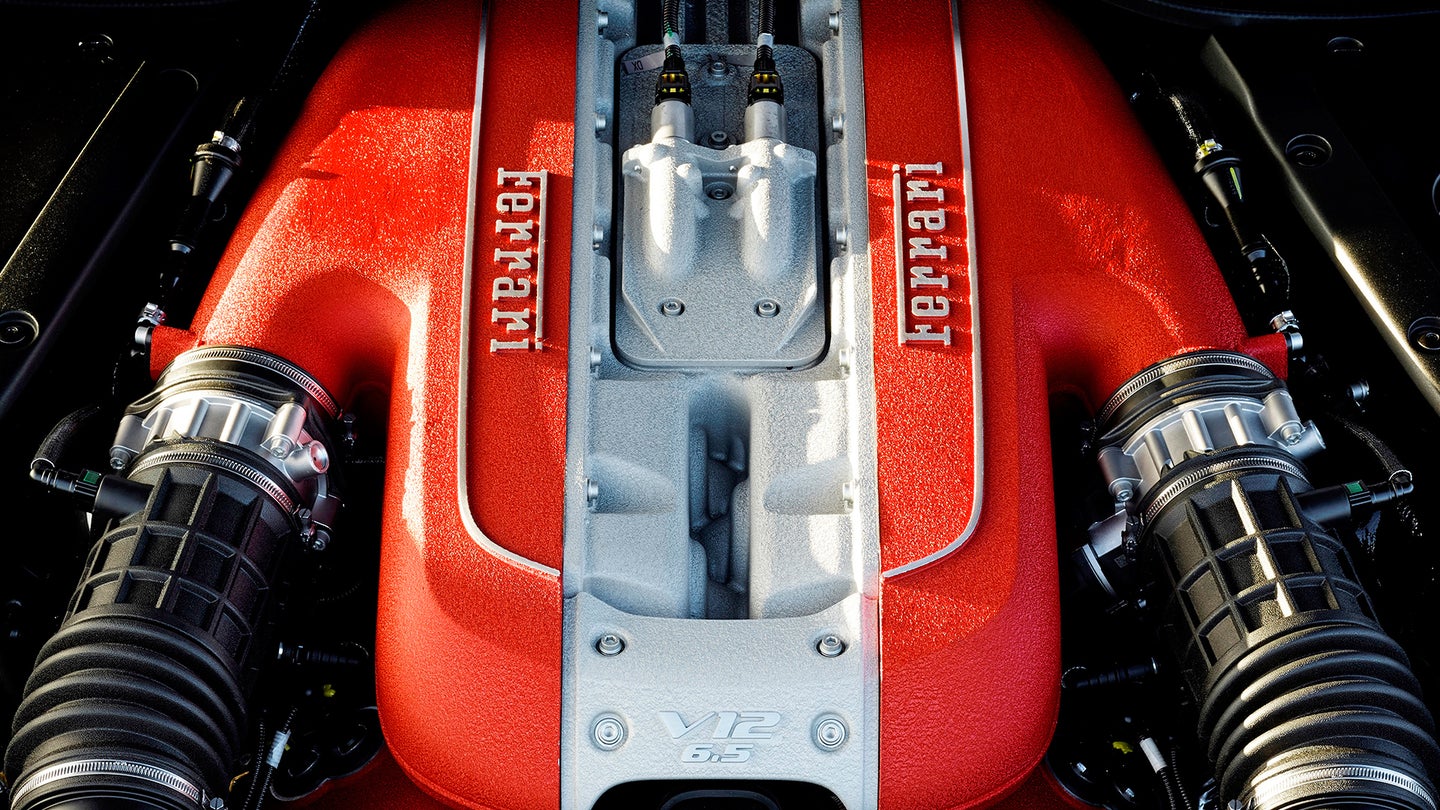 The new Ferrari 812 Superfast, which made its official world debut at the Geneva Motor Show last week, is just the latest in a looooong line of V12-powered sports cars to hail from Maranello. The 6.5-liter 12-pot beneath its phallic hood pounds out a remarkable 789 horsepower—which is all the more remarkable when you stop to realize that, unlike most high-end sports cars these days, it does so using natural aspiration.

And that's the way things will be for as long as Ferrari makes V12s, according to CEO Sergio Marchionne.

"The V12 has to stay, without turbos," Marchionne said to Britain's CAR at the Geneva Motor Show. That's in contrast to Ferrari's V8 engines, which began growing snails with the advent of the California T back in 2014.

Instead, Marchionne stated power and efficiency gains for 12-cylinder production models will come about via hybridization, as in the limited-run LaFerrari. And those hybrid cars could arrive quickly.

"[The next step] is only two years away, just wait," Marchionne said. Based upon Ferrari's Metamucil-regular model rollout plans, such a timeline suggests the first regular production hybrid F-car will be the FF/GTC4Lusso's replacement.

Such a policy—turbos for eight-pots, batteries and electric motors for the 12s—has been the plan for Maranello's supercars for some time now. Nevertheless, it's still reassuring to hear the Ferrari bossman reiterate the brand's commitment to naturally-aspirated V12s in an era when emissions regulations and power demands are pushing more and more of the performance car

However, Marchionne had some bad news for purists, too. The odds of seeing a new Ferrari with a manual gearbox in the next five years?