You may never own a $2 million Ferrari...but you can see what it's like to ride along inside one. 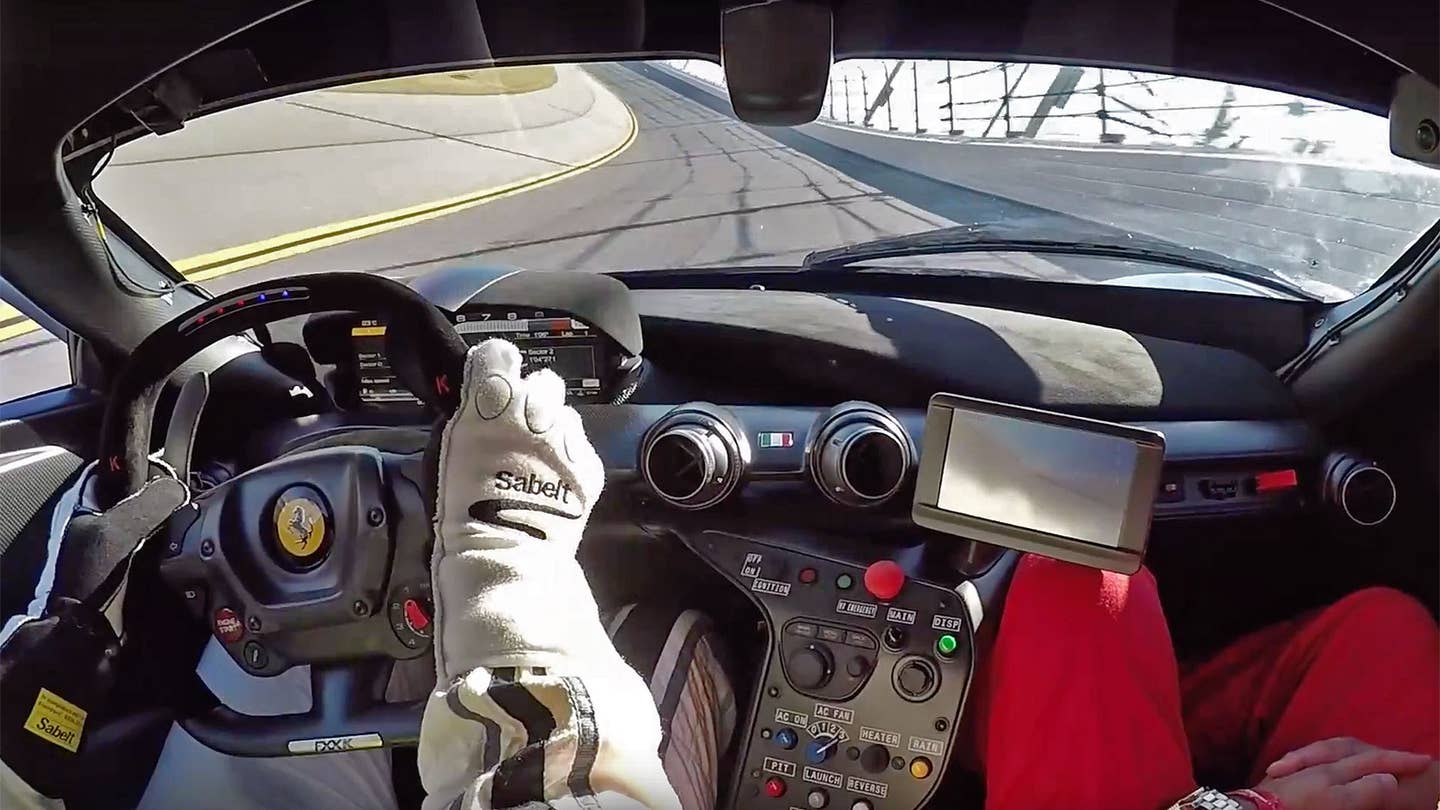 Last week’s Ferrari Finali Mondiali in Daytona, Florida was notable for quite a few reasons. It was where Ferrari and RM Sotheby’s auctioned off the 500th LaFerrari coupe for $7 million in the name of earthquake relief; it was where the world caught its first glimpse of the one-off Ferrari SP275 RW Competizione; it was where the carmaker tried unsuccessfully to set a record for the number of Ferraris in a parade; and it was where the Prancing Horse revealed its latest competition machine, the 2017 Ferrari 488 Competizione. (It was a busy couple of days.)

But above all else, it was a chance for the creme de la creme of the world’s Ferrari owners to take their meanest speed machines to the famed track and let them run wild and free. And in the case of the Ferrari FXX K, “wild and free” correlates to speeds of more than 200 miles per hour.

Should Ferrari’s sometimes-confusing nomenclature leave you scratching your head, allow us to bring to up to speed. The FXX K is the LaFerrari-based race car developed by Ferrari for the brand’s rich-guy-track-day-slash-future-model-development-program, allowing the brand to lay the groundwork for future supercars while simultaneously giving its best clients a thrill even road-going hypercars can barely match. An uprated version of the LaFerrari’s 6.3-liter naturally-aspirated V12 and electric motor cranks out a total of 1,036 horsepower, yet the car weighs in several hundred pounds lighter than its 949-hp street-legal cousin. Only 40 were built, each at a reported price of more than $2 million...assuming Ferrari invited you to buy one, of course.

But as YouTube user Speedracer38 discovered when he went for a ride in the FXX K, those folks lucky enough to snag one of these hybrid hypercars wind up with a machine that can make even Daytona International Speedway seem small.