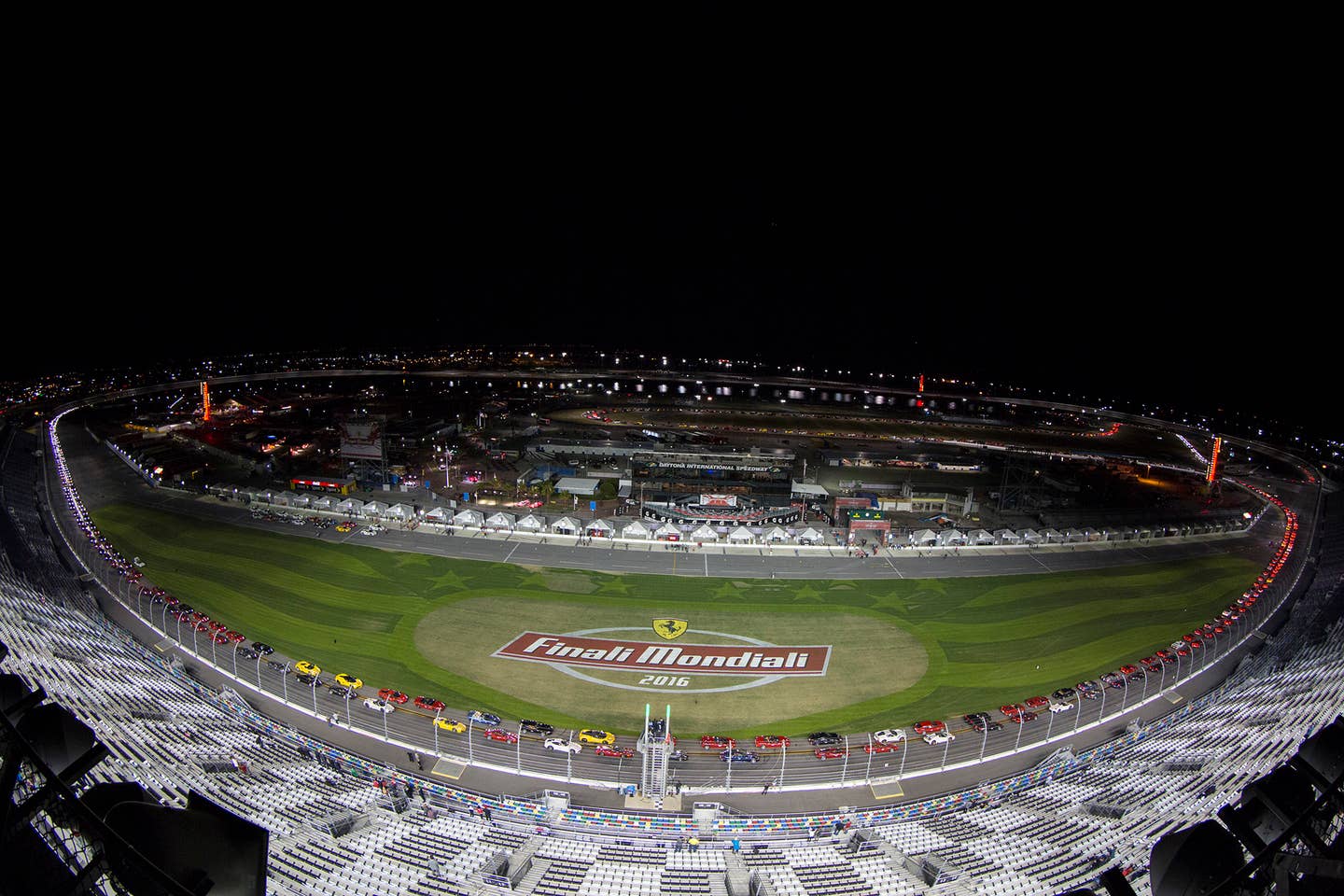 The hoped-for Guinness record for the number of Ferraris in a parade that the organizers of the 2016 Finali Mondiali at Daytona International Speedway fell a bit short – 155 Ferraris short, to be precise.

The parade at Daytona managed 809 Ferraris, which, while not a record, is still a bunch of Ferraris. Unfortunately, they were required to creep for four miles at about 4 mph, something Ferraris are not exactly built to do, so there were multiple casualties – dead batteries, overheated engines, cooked clutches.

Said one driver of a 308: “That was the coolest thing I’ve ever been a part of,” record or not.