Finali Mondiali Is Italian for Look At All These Dang Ferraris!

Dateline, Daytona: The official color this weekend is red. And yellow. And green, for money. 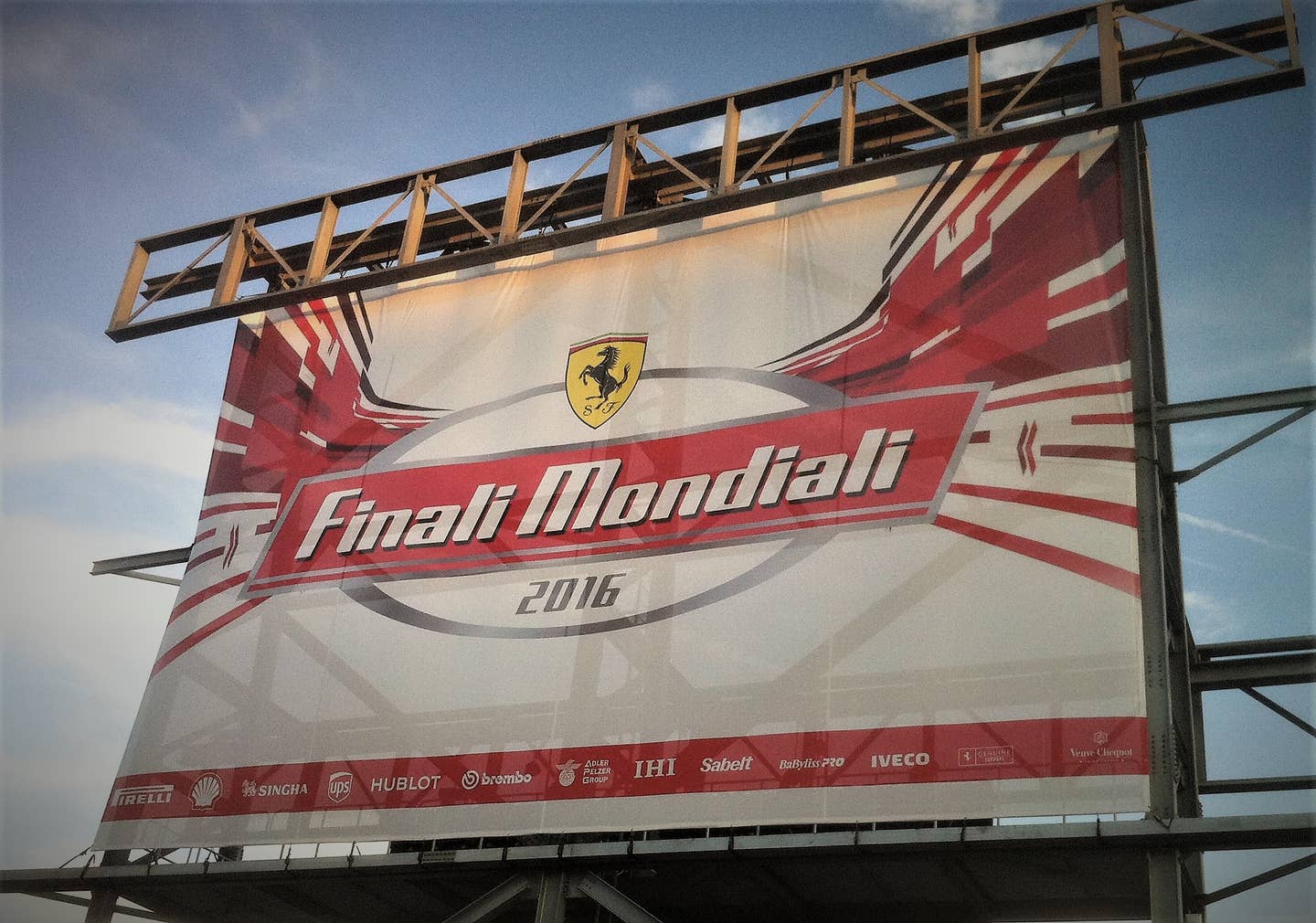 No, I probably hadn’t mentioned it since that was the first sentence in the story. But I did. “Right down there,” I said, and he went right down there, and now an hour later he is likely in that room doing whatever it is former F1 champions do.

And I’m nine floors above Seb – I call him “Seb” – winding down from a day at Daytona International Speedway, where the 2016 Finali Mondiali is underway. Finali Mondiali is the annual Ferrari convention-like-thing where there are a lot of Ferrari Challenge races, and some laps by vintage Ferrari F1 cars, and Sunday, Vettel and Kimi Raikkonen will actually be giving a driving demonstration shortly after a press conference with the media, where they will be asked, repeatedly, “So what’s the deal with Nico Rosberg?”

It’s a pretty amazing atmosphere, not quite exotic as the Finali Mondiali 2014 in Abu Dhabi, but I don’t remember that much about it, because I went to Ferrari World and rode the Formula Rossa, the world’s fastest roller coaster, at night, as soon as I got there, and it sort of overwrote the hard drive for the next day or two. This is the first time the Finali Mondiali is in the U.S., largely due to the efforts of Joie Chitwood, former track president, who oversaw the Daytona Rising project.

Much of the late afternoon and early evening at Daytona involved an attempt to set a Guinness world record for the most Ferraris in a parade lap. They needed 965 cars, which would be one more than the record set at Silverstone in 2012 during Ferrari Racing Days. There was a long delay, apparently awaiting the arrival of the Guinness guy, and then the mass of Ferraris, side by side, began the first of the required two laps, at a speed of 4 mph.

Which caused more than one, as in maybe two or three dozen, Ferraris to pull out of line due to overheating, battery issues or clutch problems (driving the required four miles at 4 miles per hour? Tough!) At least nobody ran into anybody else.

And they finally completed it about 7:15 p.m., and by 10 p.m., they still hadn’t announced whether or not it was a record. One Ferrari fan posted on a forum that he personally counted 677 cars, a little short of the 965 needed, but it was still a shitload of Ferraris, and that was cool. Also cool: Sergio Marchione was there, waving at the cars. And he WASN’T wearing a sweater!

And before that, I went for a ride in a Ferrari 488 GTB with one of the Ferrari factory drivers – don’t remember his name, but he was Italian, if that helps – and it was a blast: He slid around the corners on the pretty slick infield part of the track, the accelerated as fast as he could up to 155 mph, then backed off – the car had a lot more left.

Sunday morning, I’ll do down early and see if Sebastian Vettel needs a ride to the track. Probably not, but just in case.