Penalties fly after the race, shaking up the podium. No love (or irony) lost. 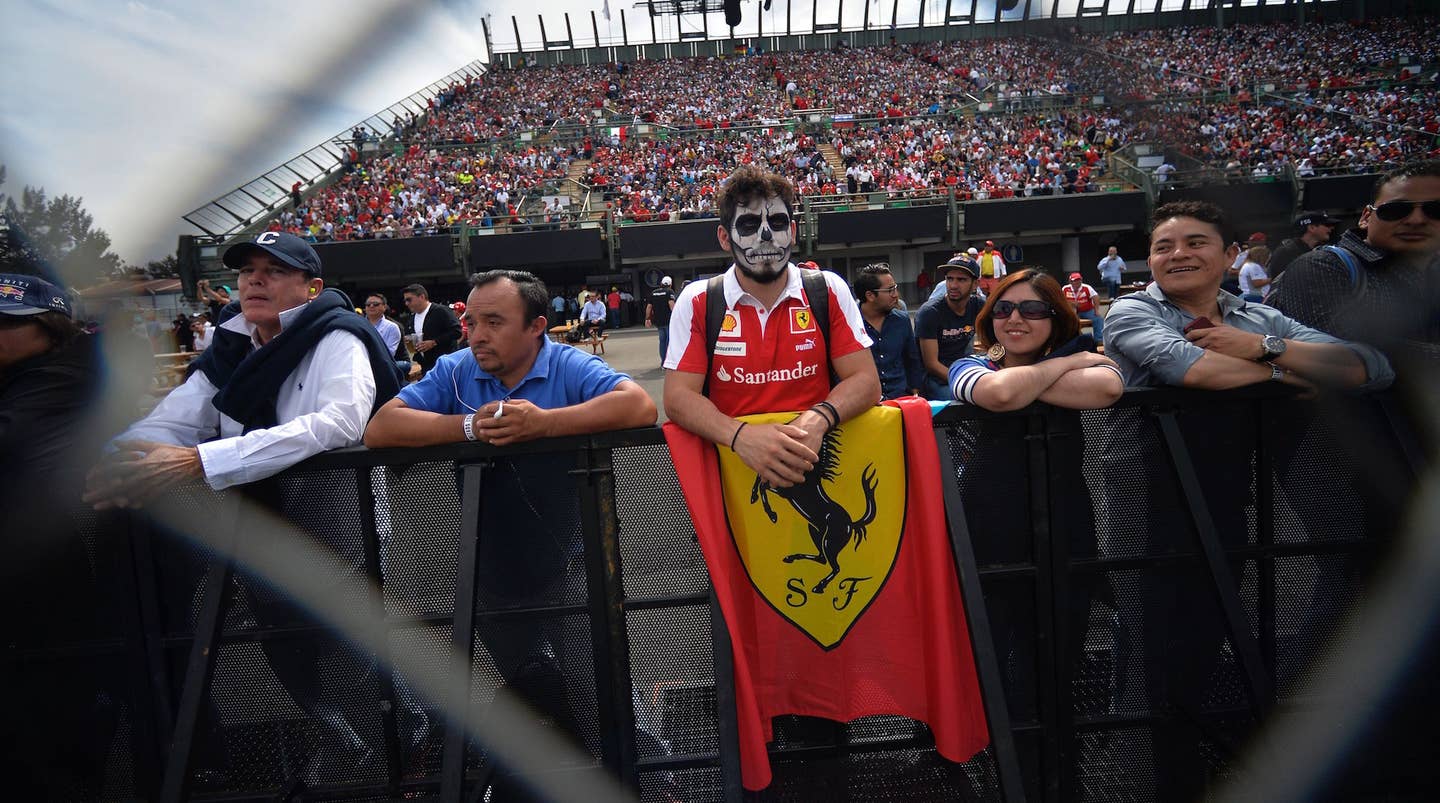 In case you hadn’t heard, Sunday’s F1 Mexican Grand Prix ran off the rails a bit. In brief: Red Bull’s Max Verstappen cut a chicane while trying to defend his third-place position against a hard-charging Sebastian Vettel of Ferrari. Verstappen’s teammate, Daniel Ricciardo, then got into the mix on Vettel’s tail.

Vettel, pinched between the two Red Bull cars, proceeded to have something of a meltdown. What follows is a transcript of radio communications between the four-time World Champion and his Scuderia Ferrari team in the pits during the race, and post-race cool down lap:

Vettel: No it’s not right. I don’t stay calm. He’s just blocking me into Ricciardo.

Ferrari: O.K. Verstappen has to give you the position. Watch for Ricciardo behind.

Ferrari: [Verstappen] has been informed, he has to move.

Vettel: He is a fuck. That’s what he is. Am I the only one or are you not seeing what I’m seeing? He’s just backing me off into Ricciardo. For fuck’s sake.

Vettel: What the hell are you talking about? [Verstappen] cut the chicane.

Vettel: And now he’s brake-testing me.

Vettel: I mean honestly I think I’m going to hit someone. I think I have a puncture. Rear left [from contact with Ricciardo].

Vettel: He has to give me the position. End of the story.

Vettel: Yeah? You know what? Here is a message to Charlie. Fuck off. Honestly, fuck off.

In terms of the typical strategic snoozefest that is F1 radio, that’s basically The Maury Povich Show On Ice.

Note here that, as of the U.S. Grand Prix, drivers are prohibited from moving to prevent an overtake under braking. Formally titled Article 27.5, this is known as “The Verstappen Rule.” It is the result of much kvetching about Verstappen’s questionable defensive moves earlier this season. Vettel was among the most vocal in complaining about the problem, calling out Verstappen’s driving style as reckless and problematic. Maybe you see where this is going…

Yes, after crossing the line in Mexico, Verstappen wound up being penalized, giving the final podium spot to Vettel. And, in a wonderful twist, F1 has now given Vettel a penalty of his own, which in turn grants Ricciardo third place, and drops Vettel to fifth ... behind Verstappen.