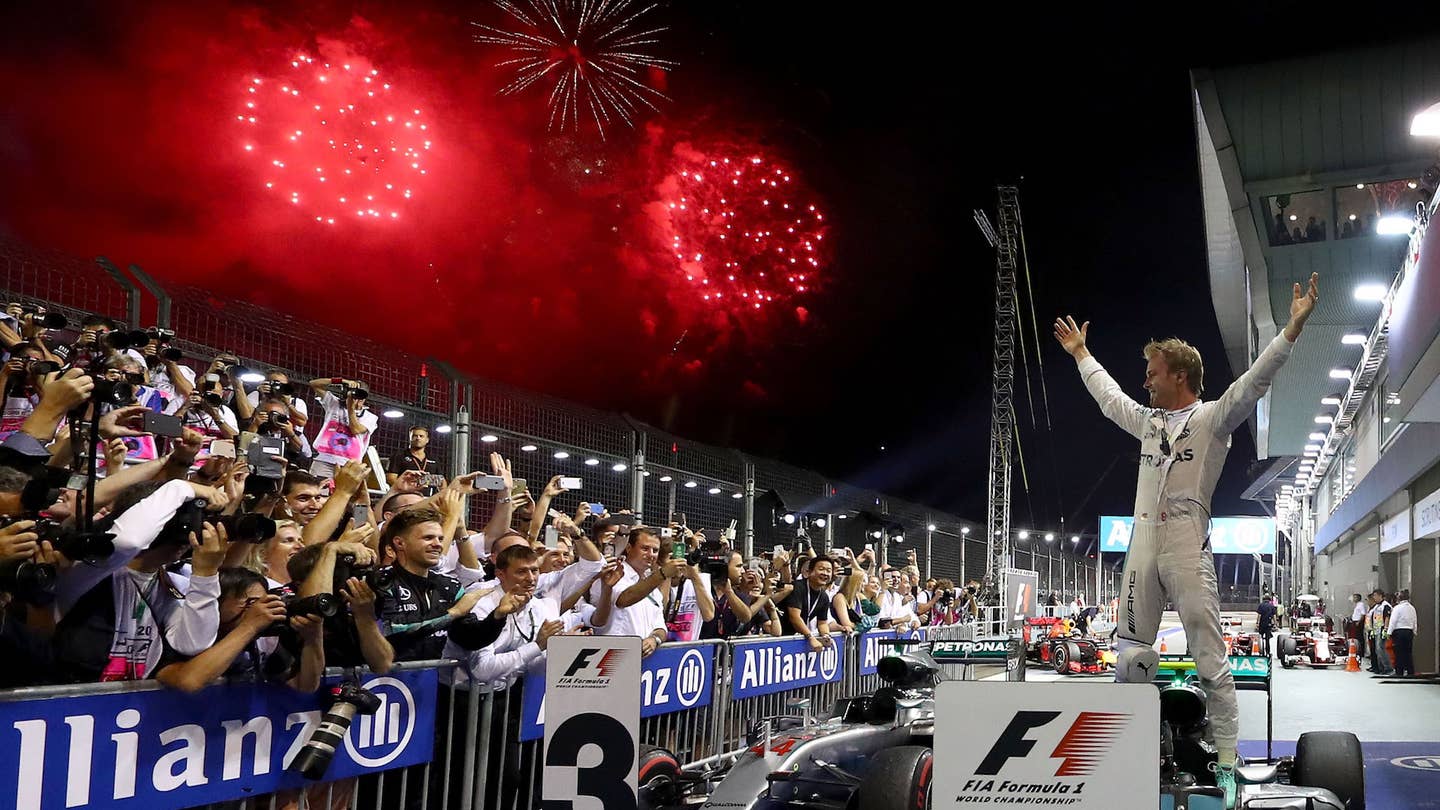 Marina Bay Street Circuit is a beast, 3.1 miles encompassing 23 turns, and overtaking ain't easy. So it makes sense that six of the last eight F1 Singapore Grands Prix have been won from pole position. This year's race didn't break the trend: Nico Rosberg laid down the law in qualifying Saturday, and took the victory on Sunday.

The Mercedes-AMG driver fended off an intense late-race rally from Red Bull’s Daniel Ricciardo, who went on a burner after taking fresh tires and finished second, just 0.4s behind. Rosberg’s teammate, Lewis Hamilton, struggled to stretch the car all weekend. He wound up third, far behind Ricciardo, and only after duking it out with Ferrari’s Kimi Raikkonen’s, who came in fourth. Sebastian Vettel, in the other Ferrari, put in a stellar drive, charging from the back of the grid to take fifth place. Sixth went to Red Bull’s Max Verstappen, seventh to McLaren-Honda’s Fernando Alonso. Sergio Perez’s Force India came across eighth, followed by Daniil Kvyat’s Torro Rosso. Kevin Magnussen rounded out the top-ten in the Renault car.

But the big story here is Rosberg’s victory, his eighth of the year, and third on the trot. With it, he now has the lead in the F1 World Championship points standings, eight points ahead of Hamilton. More good news for the German: No driver has won eight Grands Prix without taking the title.