Mercedes-AMG’s number two pulls away. Behind him, all hell breaks loose. 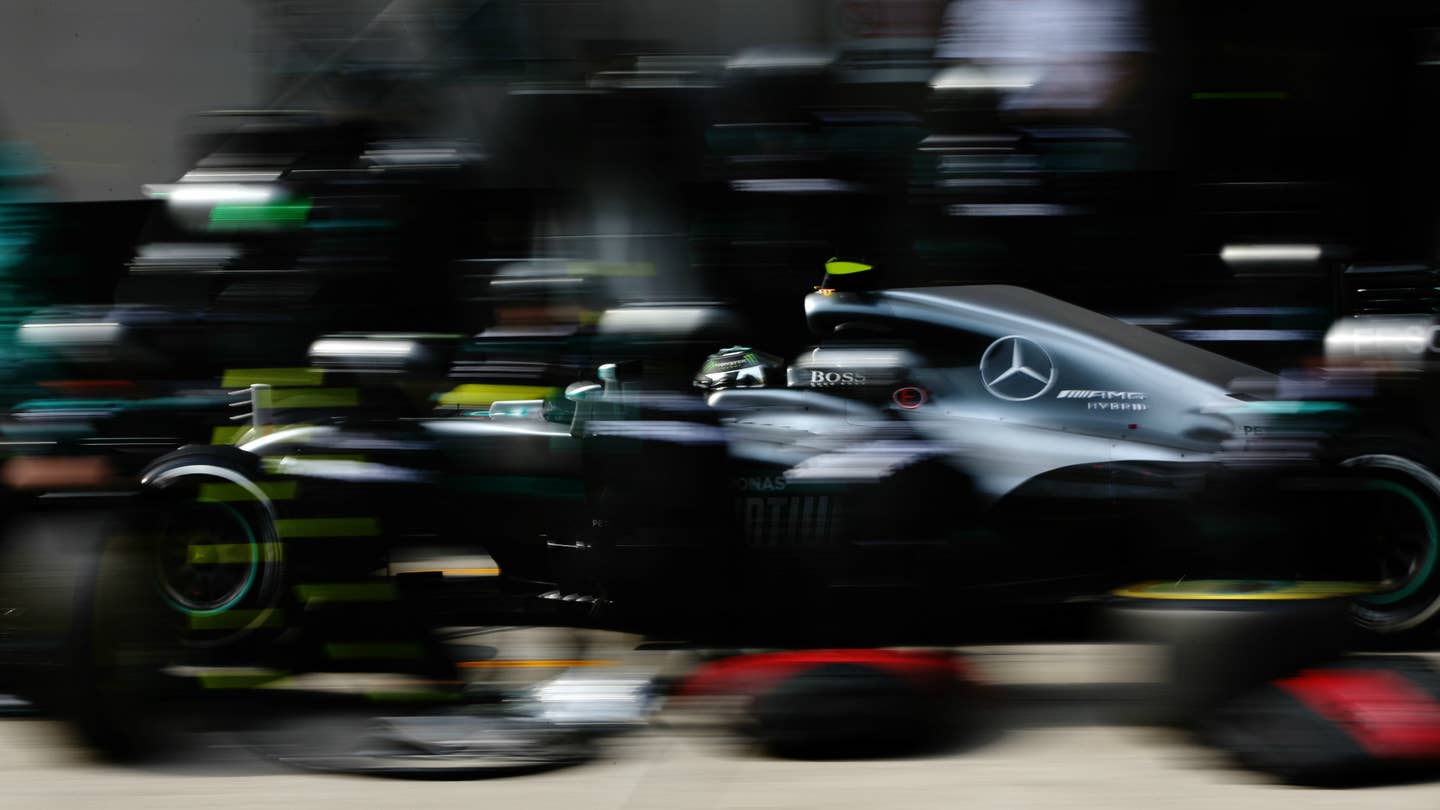 The 2016 F1 Chinese Grand Prix consisted of two races. There was Mercedes-AMG’s Nico Rosberg jumping out to an early lead, running in his own area code. And then there was the total mayhem behind him, basically a back alley knife fight on wheels, with every man for himself. This included Mercedes’ Lewis Hamilton losing his front wing and hitting runoff; Ferrari drivers Kimi Räikkönen and Seb Vettel crashing into each other; and Red Bull’s Daniel Ricciardo, the momentary race leader, experiencing a massive tire blow-out at top speed down the front straightaway. And that was just the first three laps.

In the end, it was Rosberg putting in one of the finest drives of his career for first. Vettel fought tooth-and-nail to take second, followed by Red Bull’s Daniil Kvyat in third. Outside the podium, the finishing order: Ricciardo, Räikkönen, Felipe Massa of Williams, Hamilton, Torro Rosso drivers Max Verstappen and Carlos Sainz, Jr. in eighth and ninth, respectively, and Valtteri Bottas in the other Williams car, rounding out the top-ten. The American Haas team struggled, qualifying far down on the grid, and then fighting setup and DRS issues throughout the day.

Drama ensued after the race, too. Vettel confronted Kvyat, who he believed forced him off-line and into his Ferrari teammate.

Moments before the podium presentation, things started to escalate.

Hamilton’s misstep. Ricciardo’s resurgence. Haas’ reality check. Vettel and Kvyat’s dust-up. There’s plenty to dissect before next weekend’s Russian Grand Prix. But, coming out of China, one thing’s clear: Rosberg is on point, and now has a solid 39-point lead over Hamilton in the World Championship standings. It’s starting to look like the title may be Rosberg’s to lose.