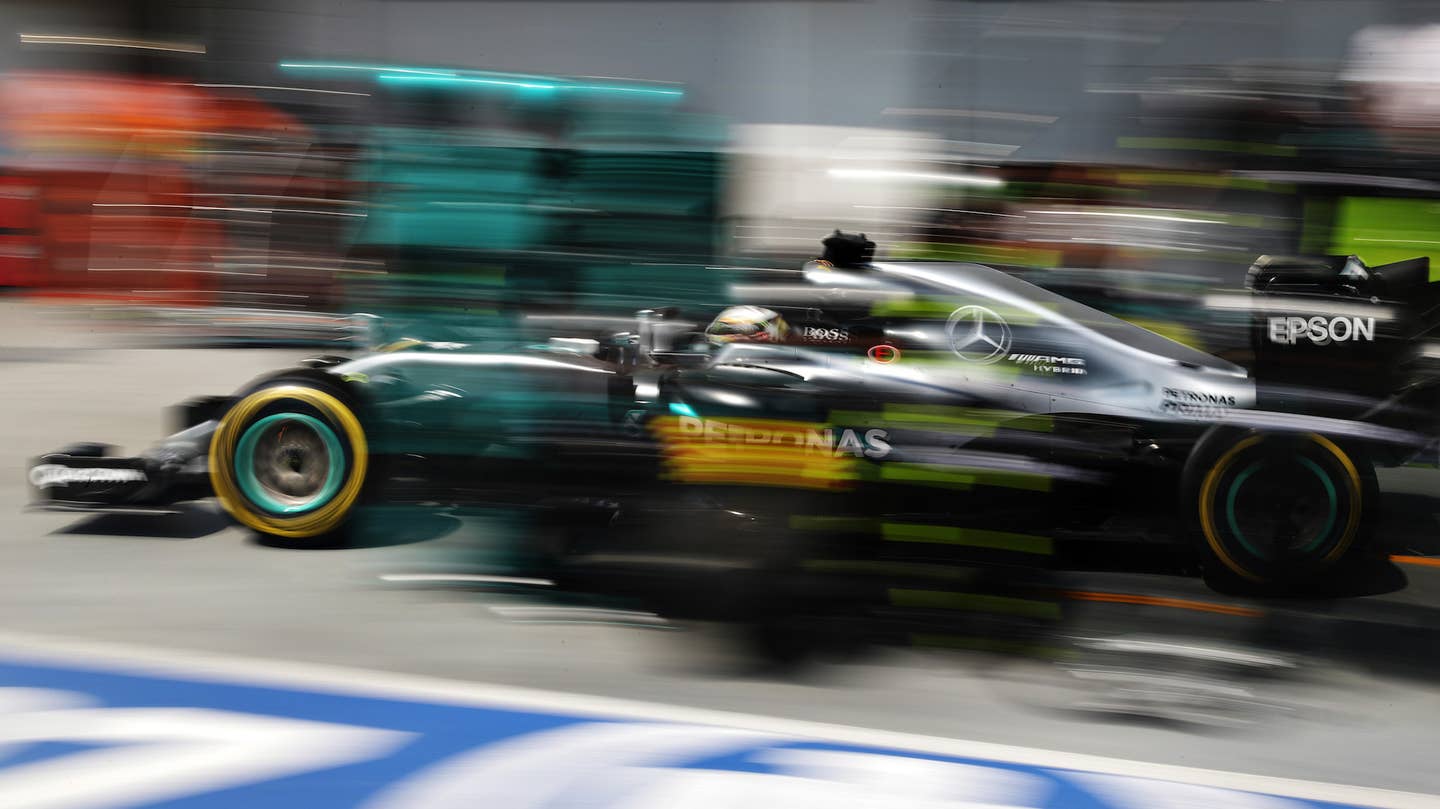 After falling behind early in the season, Mercedes-AMG star Lewis Hamilton has taken the F1 World Championship lead. The British driver topped the podium at Sunday’s Hungarian Grand Prix, his fifth win in the past six races. His Mercedes teammate, Nico Rosberg, started from pole position and finished in second place. Hamilton made the race's ciritcal overtake at Turn 1 on the opening lap. He never looked back.

Daniel Ricciardo of Red Bull took third, less than a second ahead of Ferrari’s Sebastian Vettel, who put in an incredible late-race rally. Ricciardo’s teammate, teenage phenom Max Verstappen, finished fourth, followed by Kimi Räikkönen’s Ferrari. Those two got tangled up earlier in the race, something the latter driver was none too pleased about. (Kimi, post-race: “I've seen people penalised for much less.) McLaren-Honda’s Fernando Alonso braved his immense boredom to take seventh, the Spaniard's best finish since Monaco. Carlos Sainz of Toro Rosso came in eighth, followed Valtteri Bottas of Williams. Nico Hulkenberg’s Force India rounded out the Hungaroring top-ten.

The Haas F1 Team, America’s F1 team, had another rough outing. Lead driver Romain Grosjean struggled with his car’s balance for the duration, eventually coming in 14th. And, after crossing the line 12th, Esteban Gutiérrez was hit with a post-race penalty for ignoring blue flags, dropping him to 13th.

But the big story here is Hamilton, who’s finally hit his stride. Flashback to mid-May, and he was third in the driver standings, a solid 43 points behind Rosberg. That margin evaporated quickly, and, after Sunday's victory, Hamilton is now six points ahead of his teammate.

Rosberg will have the chance to reclaim the lead at his home race, the German Grand Pix, at Hockenheimring on July 31.