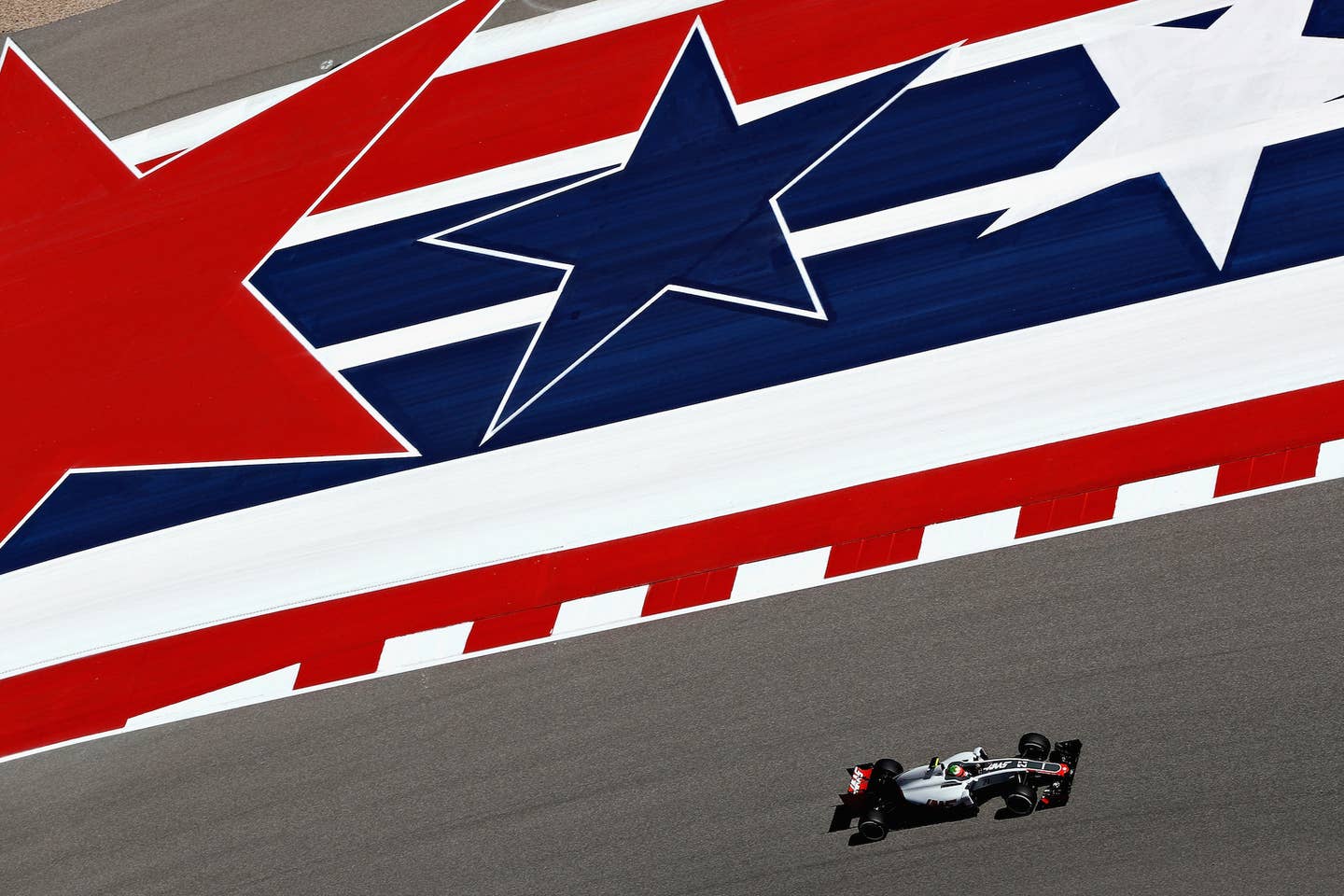 Okay, so maybe Sunday’s Formula 1 U.S. Grand Prix wasn't the most engaging race to watch. Fair. As expected, the Mercedes-AMG team dominated. After smashing the lap record in qualifying, Lewis Hamilton took the win, as he has at four of the five U.S. Grand Prix races held in Austin, Texas. His teammate, Nico Rosberg, finished second, maintaining his lead in the F1 driver point standings. Red Bull’s Daniel Ricciardo nabbed the final podium spot. The high point might've been Fernando Alonso, who finished fifth, whooping over the radio after a ballsy overtake of Toro Rosso’s Carlos Sainz, Jr. Nice to know McLaren-Honda’s veteran still has a pulse. Besides that, this year's event was... fine?

But! When they got ready to build Circuit of the Americas, back in 2011, the planners did so with visual appeal in mind. That means the track is explicitly designed to present well on television, and translate beautifully into still pictures. Even if the race itself isn't particularly compelling, the glossies are captivating. That's good news, and worth celebrating.

It's been real. See you next year, Formula 1.