The Mercedes-AMG driver didn’t just take pole position Saturday: He may have laid down a perfect lap at Circuit of the Americas. 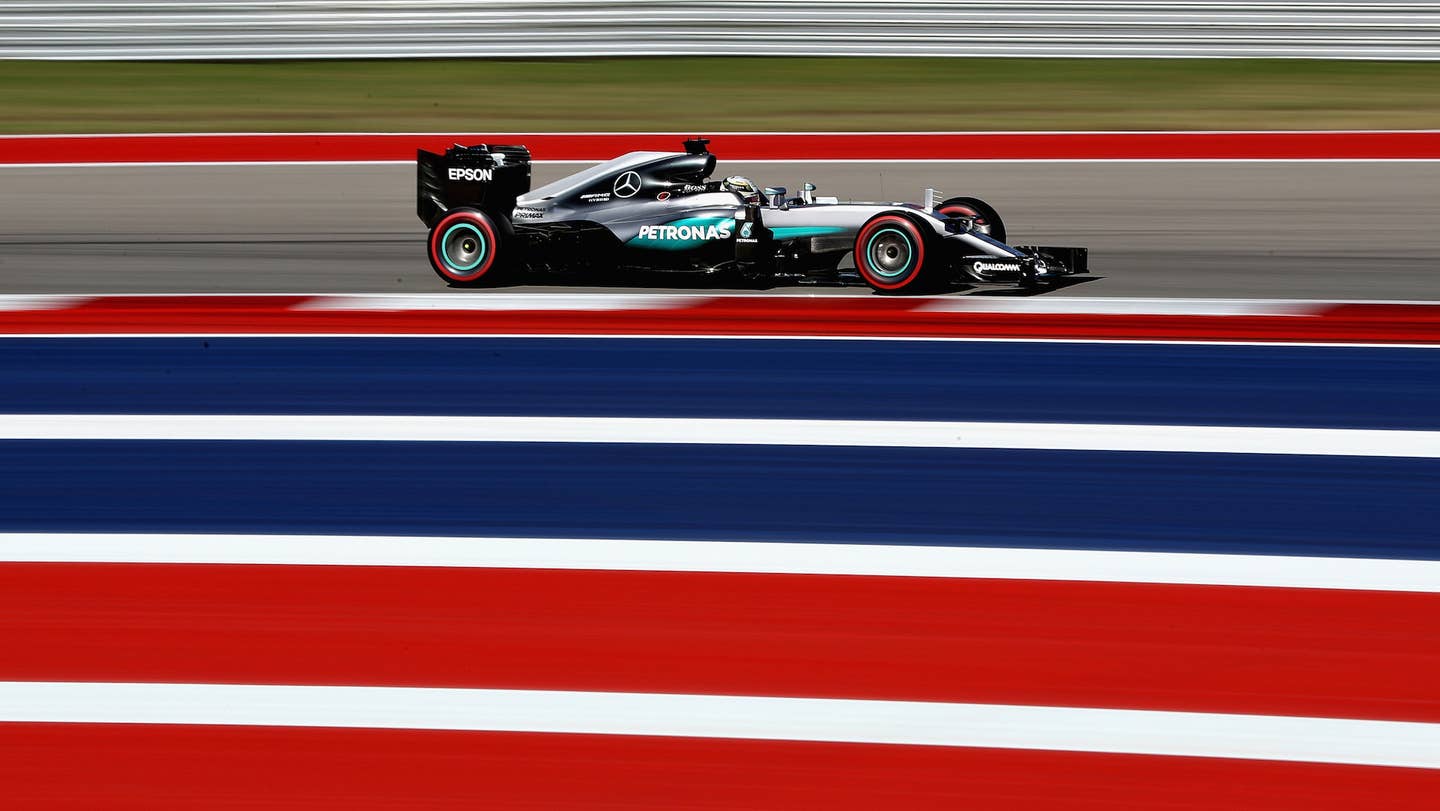 Lewis Hamilton laid down an absolute scorcher Saturday during qualifying for the F1 U.S. Grand Prix. The three-time World Champion became the first man to break 1m35s at Circuit of the Americas, in doing so setting a new track record for pole position. His official time, a staggering 1m34.99s, is more than a half-second faster than the previous mark, 1m35.65s, set in 2012 by Sebastian Vettel, then of Red Bull, before the inaugural U.S. Grand Prix. Hamilton, who has won three of the four F1 races held at COTA, was 0.21s quicker than his Mercedes-AMG teammate, current World Championship points leader Nico Rosberg, in the final qualifier.

Watch the video above to see why.