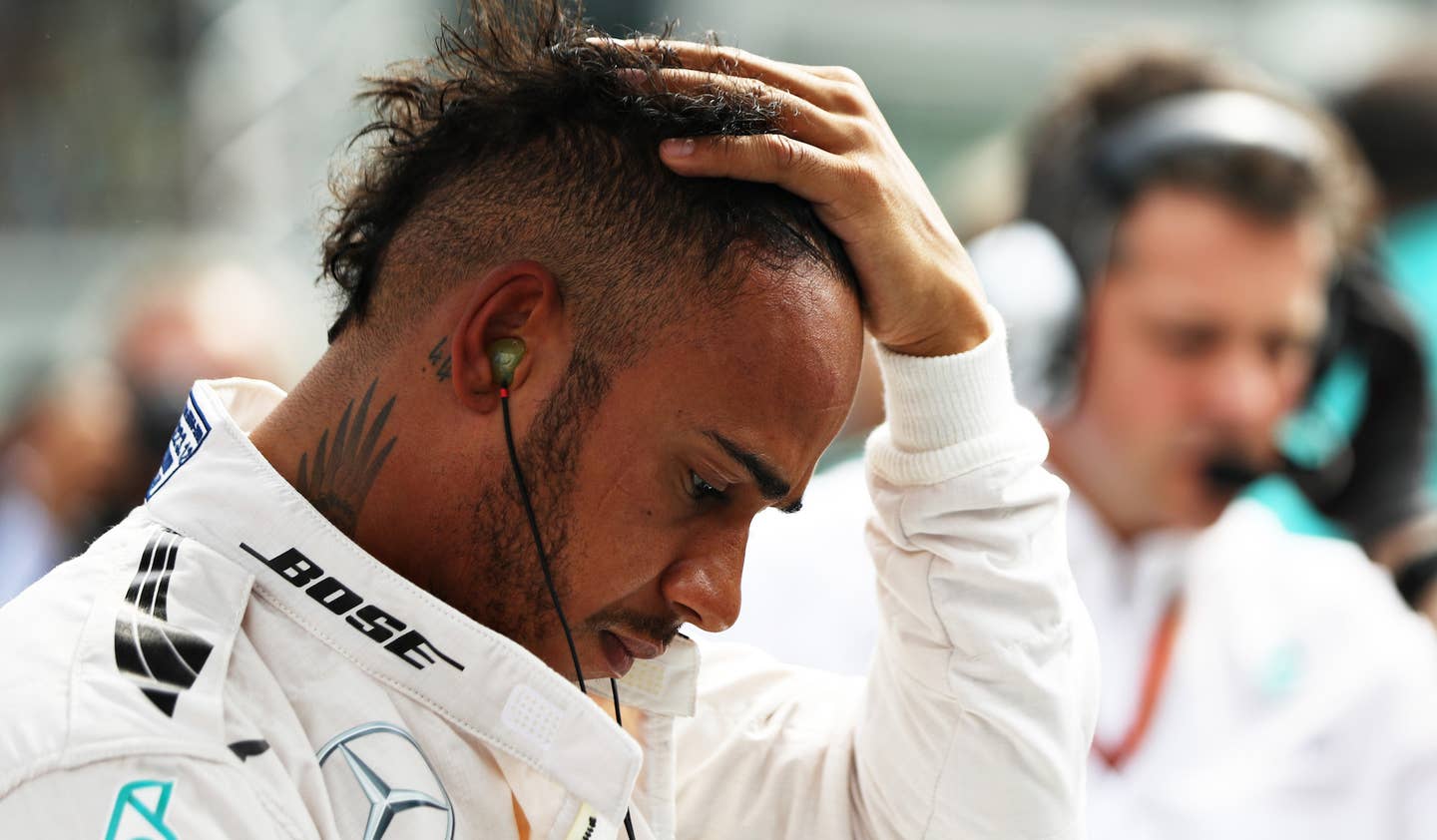 Hamilton faltered, then bogged. His car moved some, though not very quickly. The grid behind him parted, then began overtaking; entering Turn 1, he'd already fallen back to sixth place. Worse still, his Mercedes-AMG teammate, Nico Rosberg, had jumped out into first. The German eventually won the race. Hamilton climbed back to finish second, but his championship lead is now a less-than-#blessed two points.