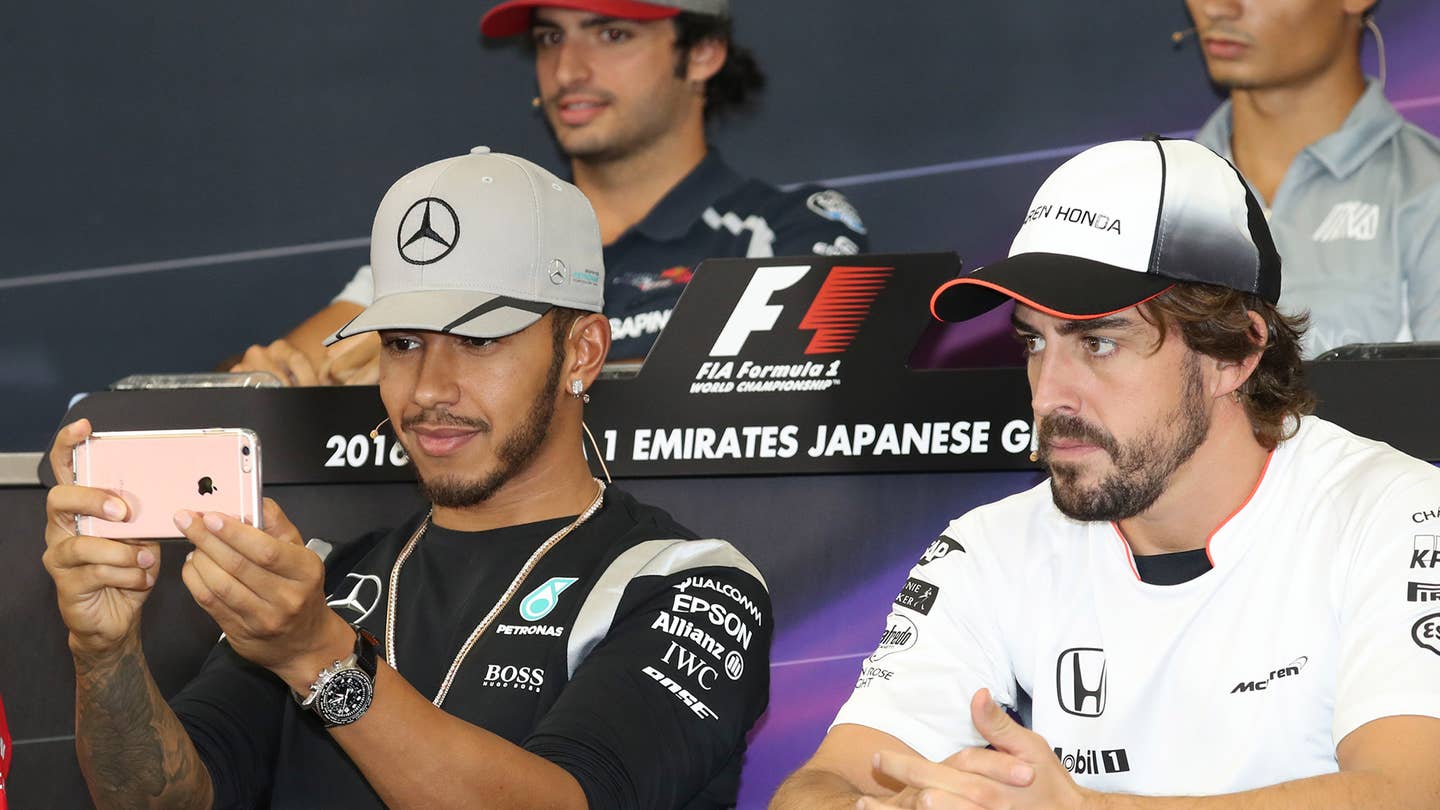 Mercedes AMG Petronas F1 driver Lewis Hamilton is under fire for his Snapchat antics during Thursday's driver press conference​ ahead of this weekend's Japanese Grand Prix.

During the six-man panel session, Hamilton posted several Snapchats using animal filters on himself and Scuderia Toro Rosso driver Carlos Sainz. He also posted a snap complaining about the dullness of the event.

While some in the media came to Hamilton’s defense, others found his actions disrespectful, considering  he was there to represent both himself and the Mercedes-AMG F1 team. Hamilton took to both Twitter and Snapchat to defend himself, saying that he did it all in good fun and meant no disrespect.

Those who came to Hamilton’s defense have noted that his Snapchats provide a personal look inside a sport notorious for its lack of access—and lack of personalities.

This isn’t the first time that the 31-year-old Brit has gotten in trouble for Snapchat shenanigans since he joined the social media platform in October of 2015. In August, he was admonished by People for the Ethical Treatment of Animals for posting snaps of himself posing with big cats at the Black Jaguar White Tiger Foundation in Mexico. PETA chastised him for promoting the idea that wild, endangered animals exist for human enjoyment, and also pointed out that being in such close proximity to dangerous cats could endanger his racing career.

Hamilton’s Snapchat also caused a media stir last month in Malaysia, when he posted a particularly racy shirtless photo featuring gray sweatpants and what the kids call a "dick print." (In case you can't figure out what that means, here's the link to the term at Urban Dictionary.)