The question is whether it will taste like a Petronas product or not. 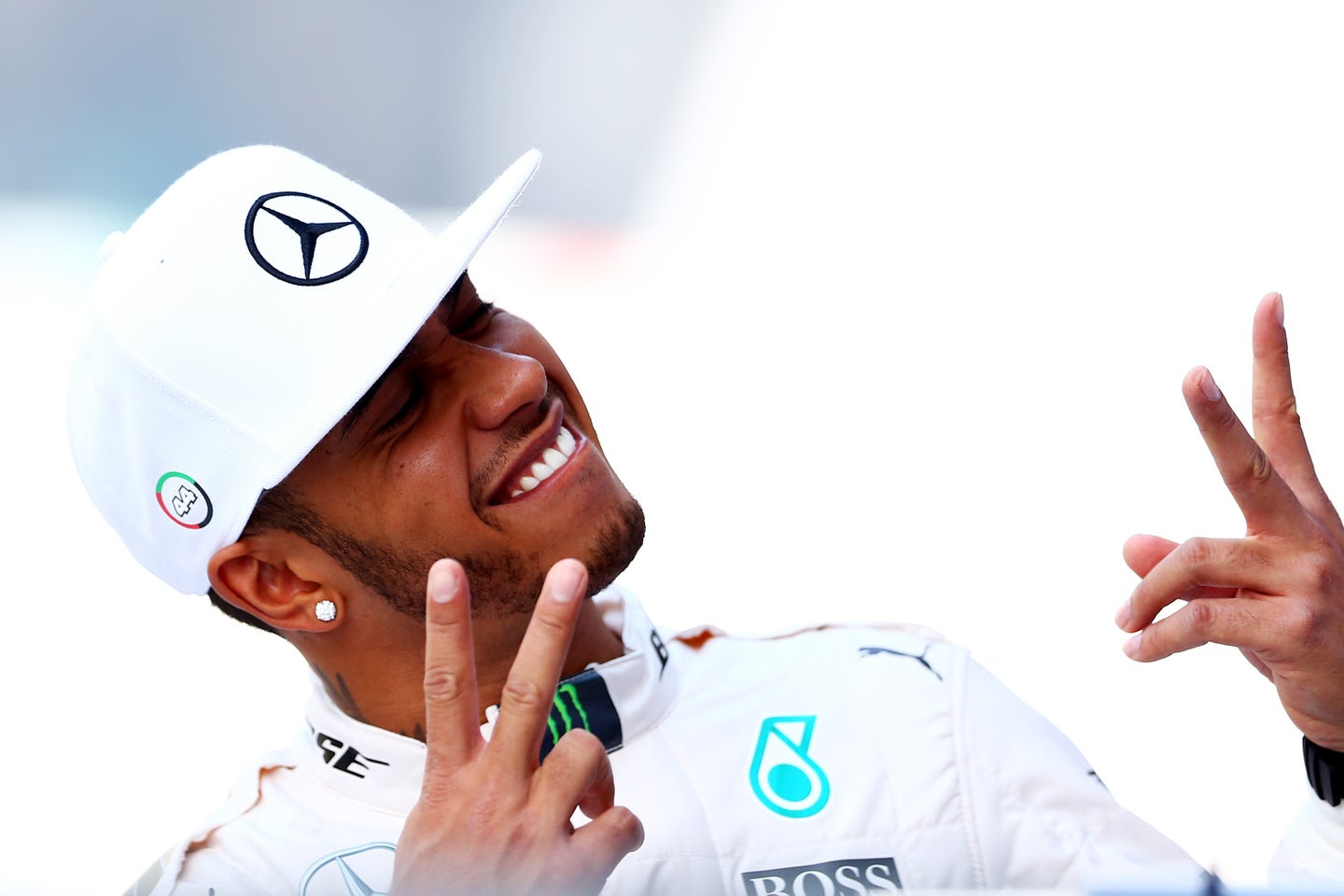 Mercedes Formula One driver Lewis Hamilton has announced the release of his signature energy drink, named 44 after his current car number. This is part of an expansion to the sponsorship deal between the Hamilton and Monster Energy, the latter of which has paid for the ring of ad space atop his helmet since Lewis' move from McLaren to Mercedes, a space formerly occupied by Vodafone. His current deal with Monster Energy is, according to the company's website, "separate from his racing endeavors." The drink itself was announced in early March.

Better Retailing claims the flavor will be "black grape," a flavor nobody outside Monster Energy's taste testing labs (except maybe Lewis himself) will know  until the drink releases, which ought to be a matter of days if the cans are not already on store shelves. Speaking of release, there is no word yet as to which markets this drink will be released in. The Better Retailing page linked above describes a three-month promotion that offers a day spent on a track with Hamilton, which may mean that it goes out of production when the promotion ends.

As an irregular consumer of energy drinks, a fan of artificial grape flavoring, a dental filling enthusiast, and a supporter of Lewis Hamilton, I have some interest in trying this out, my teeth be damned. National markets may need damning, too, if I fail to find it on the shelves of nearby convenience stores.

Sebastian Vettel takes second place and is now tied with Hamilton for the lead of the Driver’s Championship.