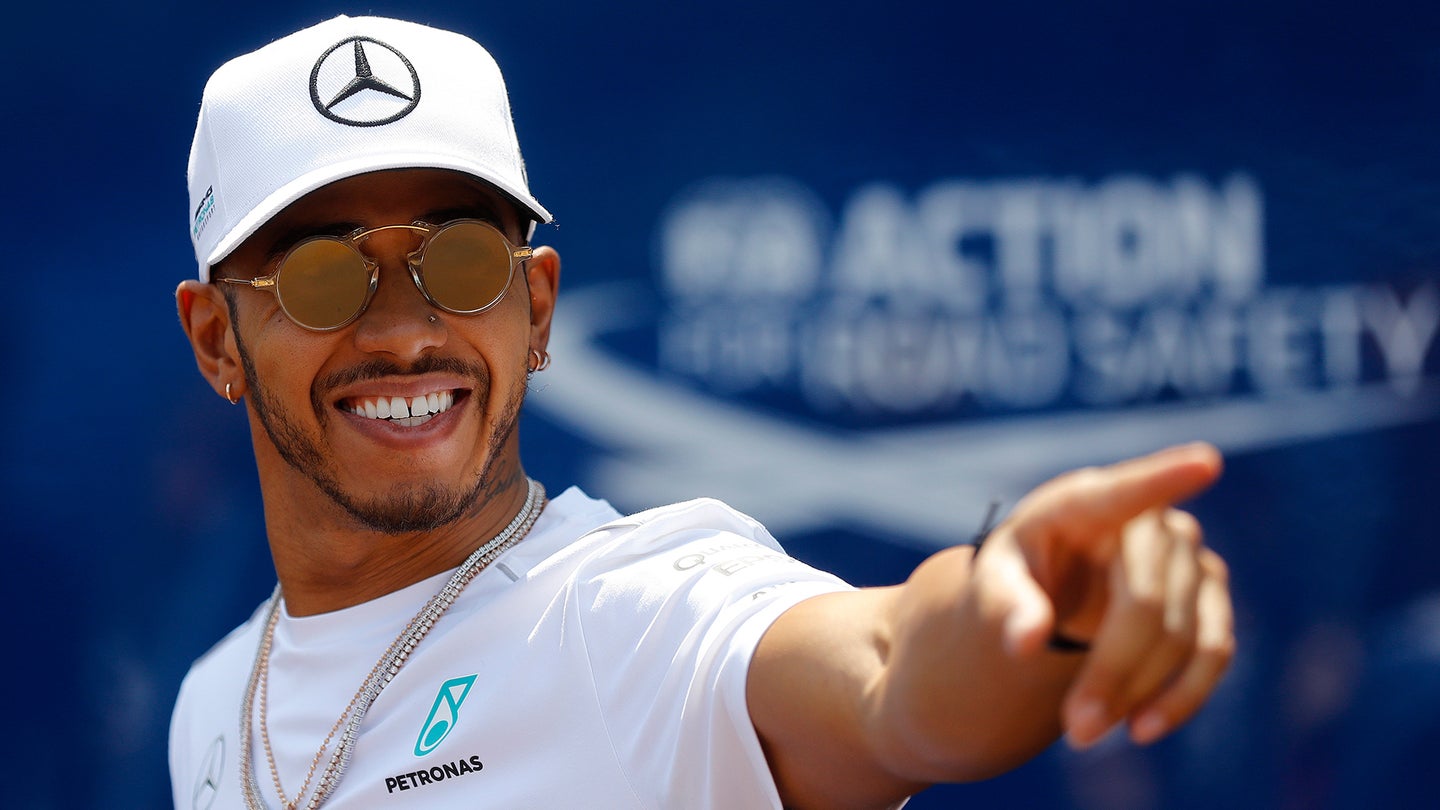 It may occasionally seem these days like Lewis Hamilton is known as much for his big mouth as for his skills behind the wheel of a Formula One car—but it's the latter that lets him rake in the dollars. According to Forbes's just-released 2017 list of the world's highest-paid athletes, Hamilton ranks 10th among Earth's in terms of pay this year. In other words, Lewis Hamilton earned $46 million in the last 12 months.

According to the Forbes analysis, the vast majority of Hamilton's income—$38 million worth—came from his salary and winnings, with a further $8 million coming in from sponsorships and endorsements.

Sebastian Vettel came in second amongst the world's race car drivers at #14 on the global athlete list, according to the Forbes analysis, racking up $38.5 million (of which only $500,000 came from sponsorships, because apparently nobody likes looking at Seb's babyface); third-place-among-drivers Fernando Alonso reportedly brought in $36 million in the last year, placing him #20 on the overall list. (The differences between the Forbes analysis and The Drive's own accounting of Formula 1 driver pay likely stems from the fact that Forbes apparently calculates their rankings over a previous 12-month period, while our figures are for the 2017 F1 season.)

From there, the list remains benefit of drivers allllll the way down to #93, where America's own Jimmie Johnson joins the gang with an income of $21.8 million.

That said, even the biggest names in motorsports earn chump change compared to some of the other athletes out there. Soccer superstar Cristiano Ronaldo grabbed the top spot on the Forbes list, reportedly taking in $93 million over the last year; he was followed by LeBron James at $86.2 million, Lionel Messi at $80 million, and Roger Federer at $64 million.