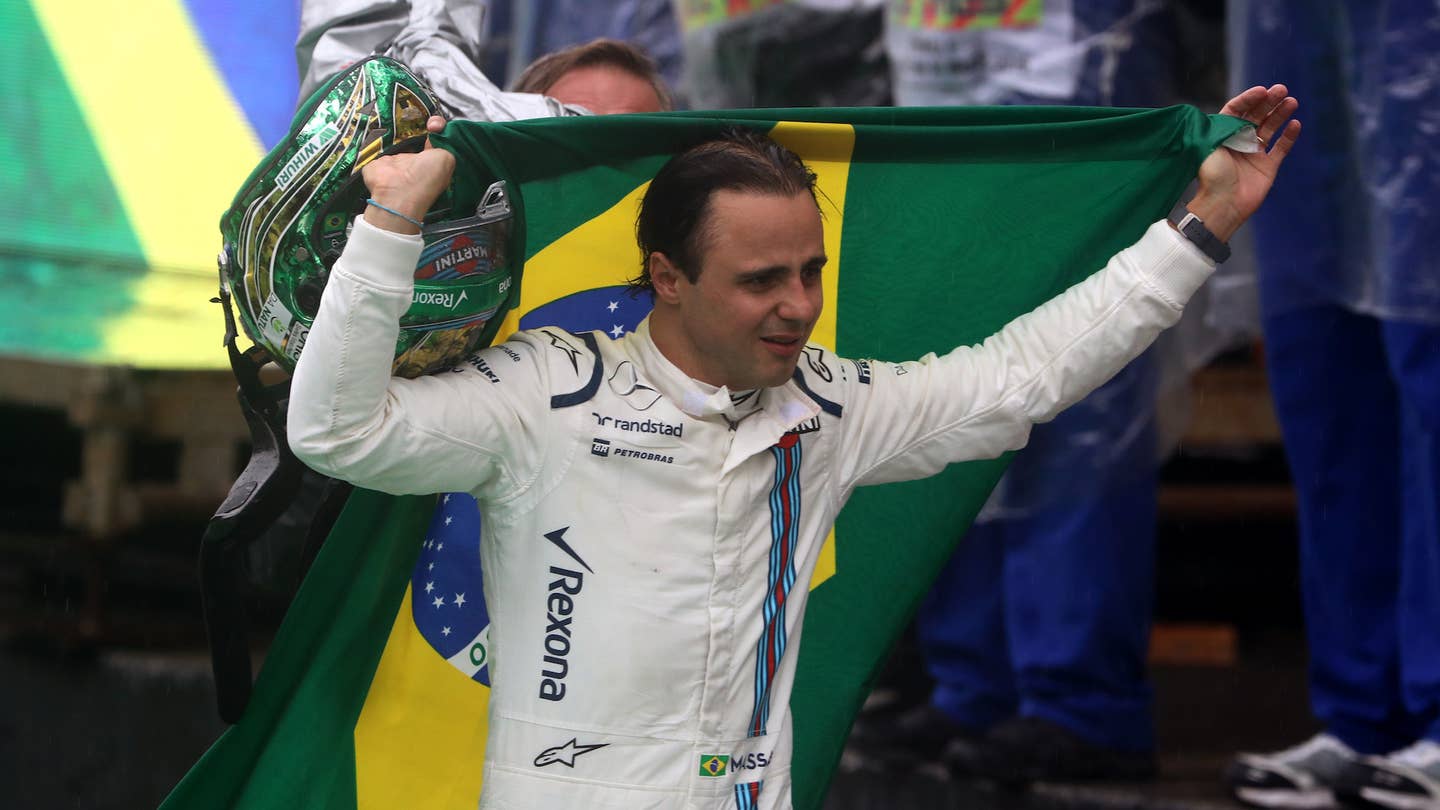 The likable Brazilian driver has run his last home race this weekend and has just the Abu Dhabi Grand Prix left before hanging up his helmet. Here's why we'll miss him.

He wears his heart on his sleeve.

How many times have you seen an F1 driver cry? How many times was that driver Felipe Massa? Whether he is thrilled beyond belief or disappointed and distraught, Massa is never afraid to show it. His display of emotion after Brazil 2008, when he won the race but lost the championship by one point, produced one of the most heartbreaking moments in recent F1 history, and it wasn’t because of the soul-crushing margin of victory for Lewis Hamilton. Championships have been won and lost by a single point before, but this loss hurt Felipe, and we all felt that.

His relationship with Rob Smedley is seriously #Goals.

Smedley and Massa first worked together at Ferrari, when the Englishman was the Brazilian driver’s race engineer. When Massa moved to Williams eight years later, Smedley moved with him. The two of them call each other brothers and have been through the best and worst of times together: Massa’s championship rise and fall in 2008, his accident in 2009 when he was struck in the helmet by a spring and forced to miss the rest of the season and his triumphant return in 2010. The partnership has also produced some of the sport’s most iconic radio messages. Before Vettel was cursing Charlie Whiting and calling for blue flags in song, we had “Felipe, baby, stay cool,” courtesy of Rob Smedley.

If today’s Brazilian Grand Prix proved one thing, besides Max Verstappen’s insane skill, it’s just how revered Felipe Massa is. He has never won a championship. He has just 11 race victories. But when Massa was walking back to the garage after crashing out of his final home grand prix out on lap 47, teams up and down the pit lane cheered him on. Not only was he greeted and celebrated by Williams and Ferrari, but by Red Bull and Mercedes as well, his rivals for many years.

His family supports him at every turn.

There is possibly no person in the Williams garage shown on television more than Felipe Massa’s father. Luis Antonio Massa has been with his son every step of the way, providing comical reactions to the goings-on on track at race after race. Massa’s brother, Eduardo Massa and wife, Anna Raffaela Bassi, are also regular fixtures at the track and, since 2009, Massa’s own son, Felipinho. For the Massa family, motorsports truly is a family affair. Oh, and his son is best friends with Daniel Ricciardo. Color us just a little bit jealous.