It was the Sao Paulo native's last home race of his F1 career. 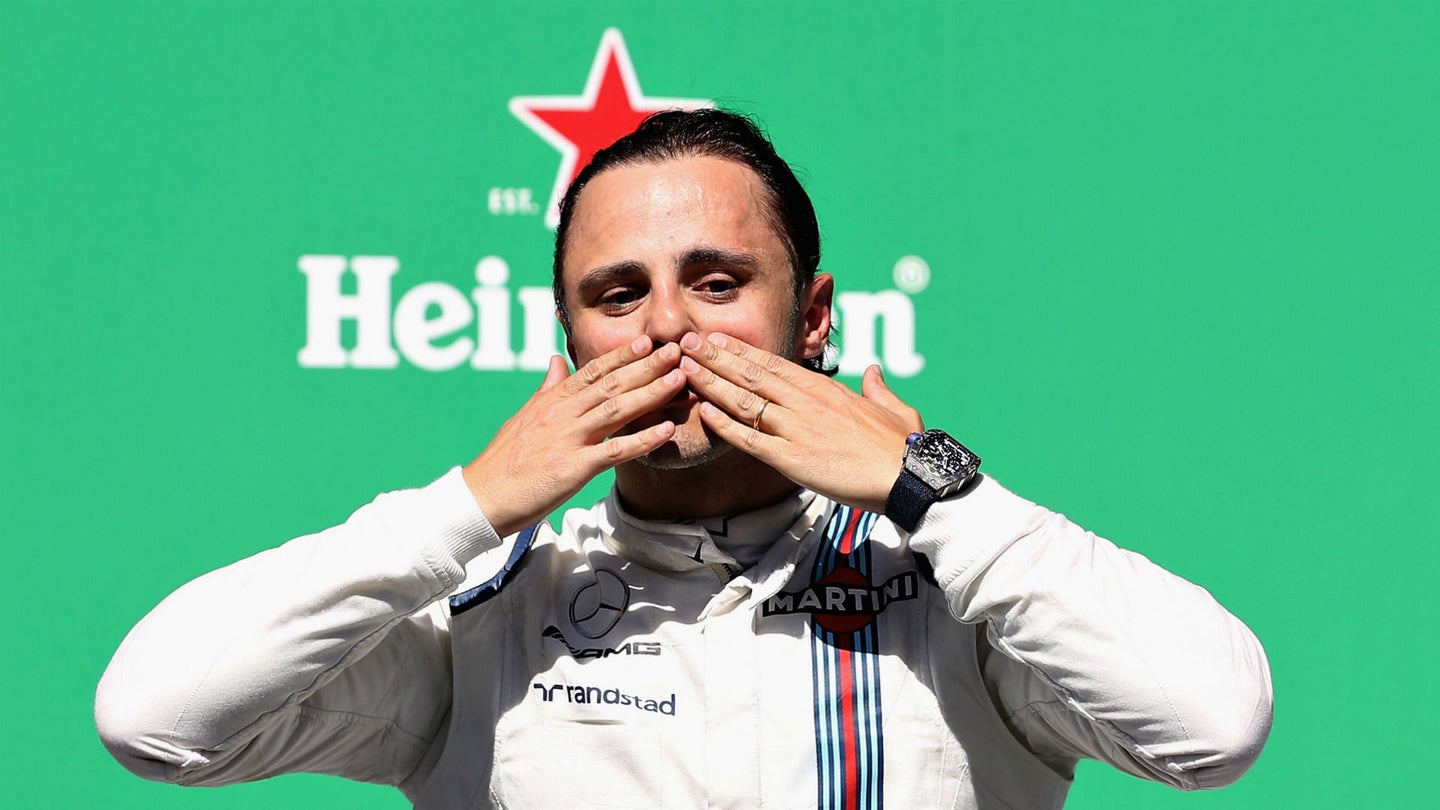 Longtime Formula 1 veteran Felipe Massa will conclude his career with the series in Abu Dhabi later this month, waving goodbye to what has been his home since 2002. His list of accolades stretches far and wide to pit him as one of the top drivers of the millennium, and despite just missing the Drivers' Championship in 2008, Massa stands in the minds of many F1 fans as an all-time hero. The 36-year-old was also the first countryman to win the famed Brazilian Grand Prix since Ayrton Senna did it in 1993, and on Sunday, he waved goodbye to the Interlagos crowd after what was his final race at the Autodromo Juan Carlos Pace circuit.

Massa completed this year's race in the seventh position, placing directly behind the powers of Ferrari, Mercedes, and Red Bull. While he didn't gain a victory in his final homecoming, Felipe claimed that it very well felt like one as he rode out on an emotional high this past weekend.

“I did everything in a perfect way from the beginning to the end, fighting with a guy [Fernando Alonso] that I was fighting a lot in my career,” said the Williams driver after Sunday's race. “It was such a big pleasure to arrive in front of him and to finish the race with my head up. I think that’s the important thing," he said.

“Last year I had such amazing emotion, walking through the pit lane, but I was missing the result. Today I think I finished with a result like a victory, doing more than maybe what the car was able to do," he said.

Massa temporarily retired after the 2016 season, but as Valtteri Bottas abruptly transitioned to Mercedes following Nico Rosberg's retirement, the Brazilian was called up to take his spot at Williams. However, he claims that it's really the end now as he may possibly move on to Formula E once he completes his final race in F1.

“Everything was perfect: the start, overtaking a few cars... I knew the re-start could be the only chance to overtake Alonso. I knew he had better pace than me." He continued, "I managed to pass him on the re-start, but after that, it was so difficult. I knew that keeping him behind for 71 laps would be very difficult, but I managed to do it."

An endearing message came across the radio from Felipe's son that capped off the experience for the 15-year veteran.

“So I think today was definitely like a victory for me. I’m so proud, I have so much emotion for everything that I have passed through [in F1] after such a long time. It is a race I will never forget,” he said.