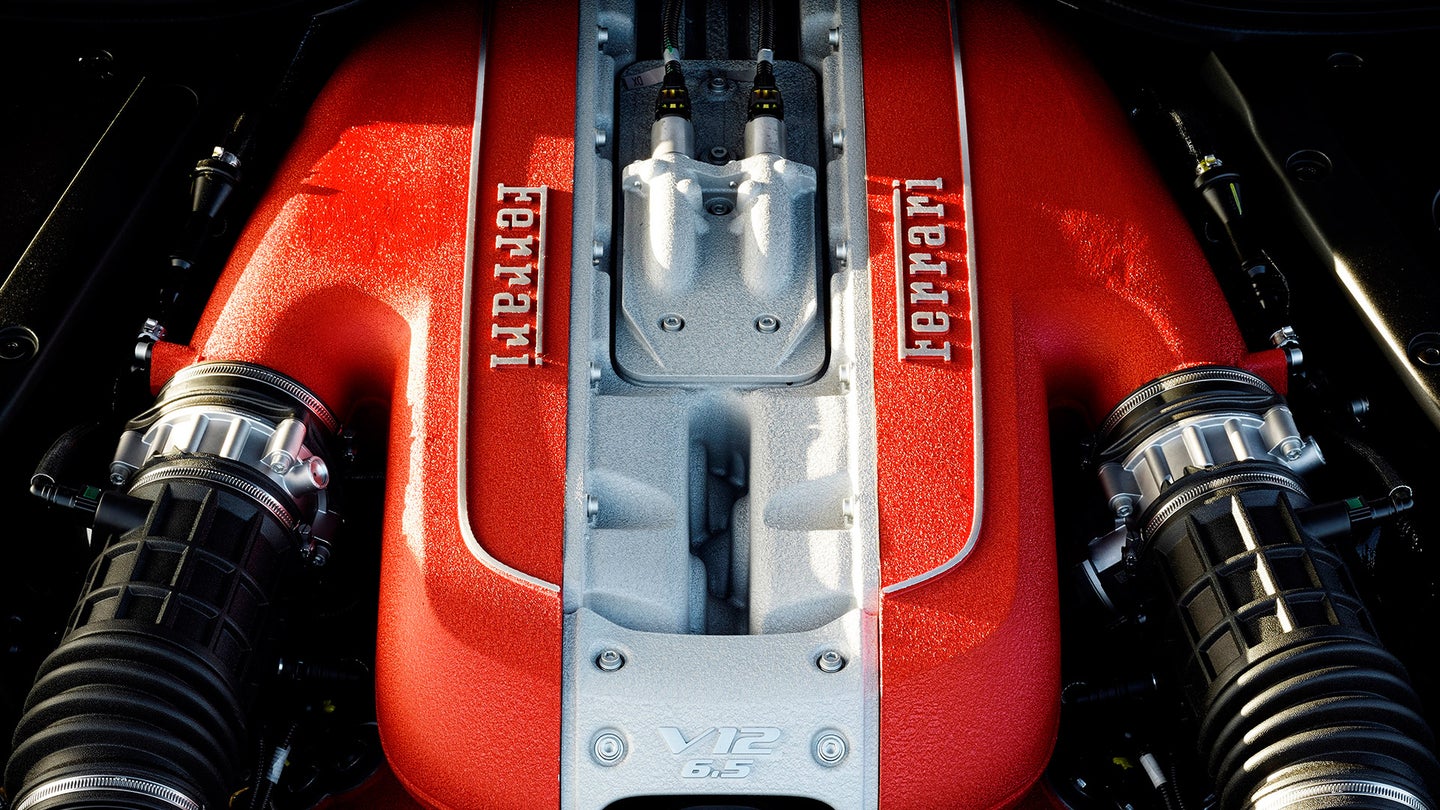 Seems as though all those rumors were true. During a conference call Tuesday, Ferrari CEO and noted sweater enthusiast Sergio Marchionne confessed that Maranello is considering jumping into the SUV market.

"It will probably happen but it will happen in Ferrari’s style," Marchionne said in reference to the crossover, according to Bloomberg. "That space is too big and too inviting."

Ferrari's current customer base, he added, is packed with clients who would "more than willing" to drive a Ferrari with a crossover's utility and versatility, according to Bloomberg.

Marchionne's remarks come as the climax to a series of reports claiming Ferrari is, indeed, planning an unprecedented push into the crossover world. On Tuesday, Bloomberg reported the carmaker was planning on adding such a vehicle to the lineup in a bid to double the company's profits by the year 2022; that report followed one from CAR last month, in which the British publication said Ferrari is developing a high-riding four-door coupe code-named F16X in parallel with the GTC4Lusso's replacement. (Ferrari's commercial head later claimed the company wasn't planning an SUV, but that appears more likely now than ever to have simply been a matter of semantics.)

For years, Ferrari seemed like the one holdout in a world filled with luxury and sports car brands stumbling over their heritage to bring jacked-up all-roaders to market—no doubt inspired by the success seen by Porsche with the Cayenne. Bentley unveiled the Bentayga in late 2015, while Lamborghini, Aston Martin, and Rolls-Royce all have declared their intentions to roll out crossovers of one sort or another in the next few years.

But Marchionne insisted that Ferrari's crossover—whatever it may be called—would not be like the vehicles built by the rest of the super-luxury pack. "You have to shoot me" before Maranello would take a me-too approach to such a vehicle, he said, according to Bloomberg.

And all that said, Marchionne reportedly stated that the Ferrari board still hadn't decided whether or not to build a crossover, so all this talk could be moot. But the fact that he's talking about it in the open—especially during a conference call for investors, who would presumably be quite interested in the jump in profits such a vehicle would be likely to bring— suggests the carmaker might well have already made a decision.