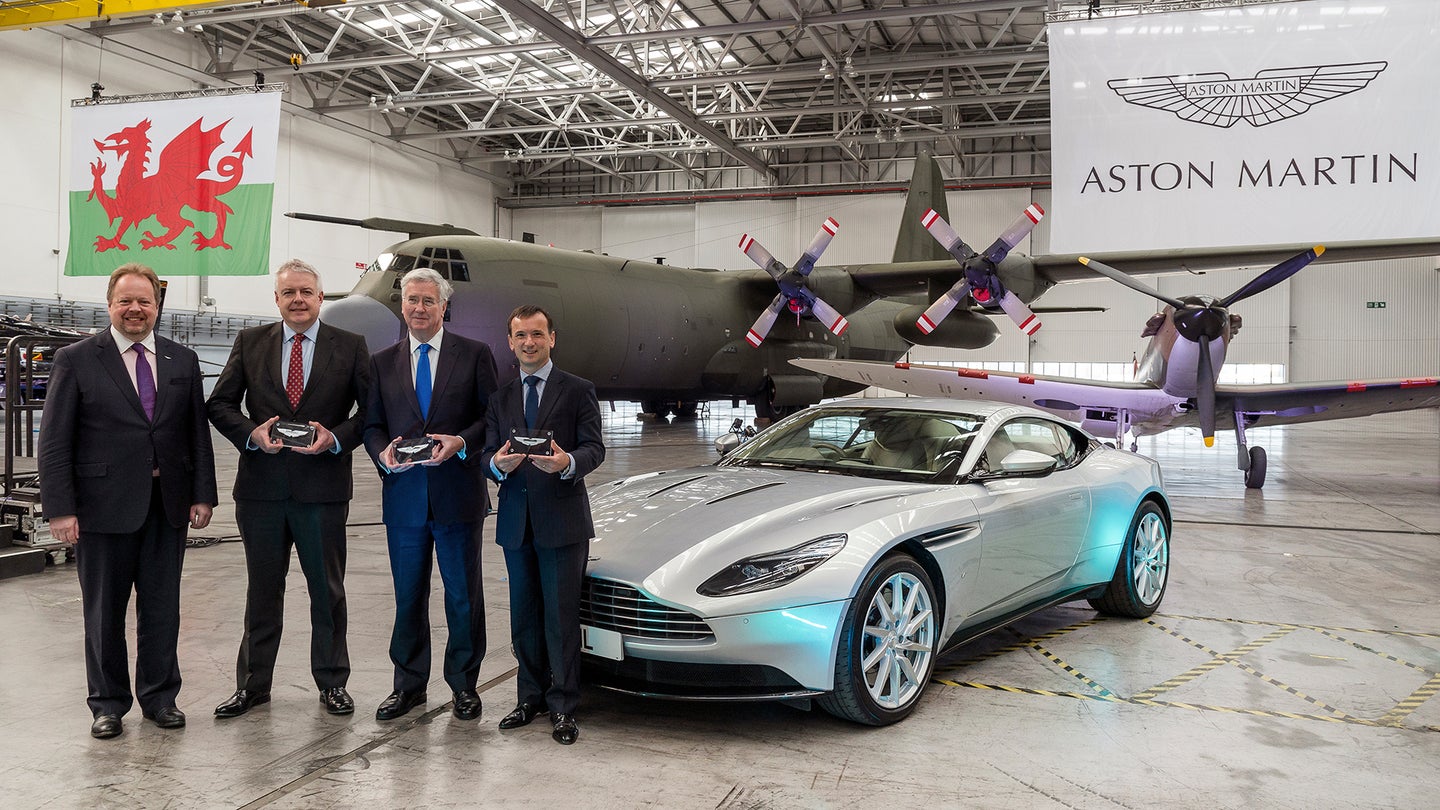 Aston Martin took another step towards joining the growing ranks of sports car companies that build SUVs on Thursday, when the carmaker accepted the handoff of the Welsh facility where it intends to build its forthcoming SUV from the land's previous owner, the British government.

The facility, located in St Athan, South Wales, will become the production site for the Aston Martin DBX crossover, which is expected to reach production in 2019. The site has served as a base for Britain's Royal Air Force since 1938.

Aston intends to build upon the existing infrastructure at the base, according to the carmaker's CEO, Andy Palmer.

"Due to its sheer size and scale, the St Athan Super Hangars represented an excellent opportunity for us to build our second manufacturing facility, within the envelope of an existing structure," Palmer said in a statement. "Now we have commenced Phase II [the actual construction of the new facility], these hangars will be redeveloped to become the home of our newest manufacturing facility.”

Building cars on former air force bases is becoming something of a trend for Aston Martin. The company's existing production facility in Gaydon, England, originally was a base for the United Kingdom's fleet of strategic nuclear bombers during the Cold War.

While there will be some overlap between the two factories, Palmer said he does see the St Athan location having its own specialties.

"We will have an engineering center here, it is also likely to be where we do the bulk of our electrification work," he told Autocar. "Also, we will have our cyber security department here. All the talk these days is of autonomous drive but very few people are talking about how to make sure these cars cannot be hacked, and in many ways that’s a more difficult challenge than autonomy. But until the cars are secure, they cannot be autonomous."

Aston Martin is in the midst of a full-blown onslaught of new product, one that kicked off with the arrival of the new DB11 last year. An all-new Vantage powered by a Mercedes-AMG V8 is expected to arrive this year, followed next year by a replacement for the Vanquish supercar. The Valkyrie hypercar should arrive on the roads in 2019, along with the DBX crossover. Following that, a mid-engined supercar could be in the cards, as well as new luxury cars from the Lagonda brand.