Andy Palmer did not mince words about Britain’s plan to ban internal combustion engines by 2040. 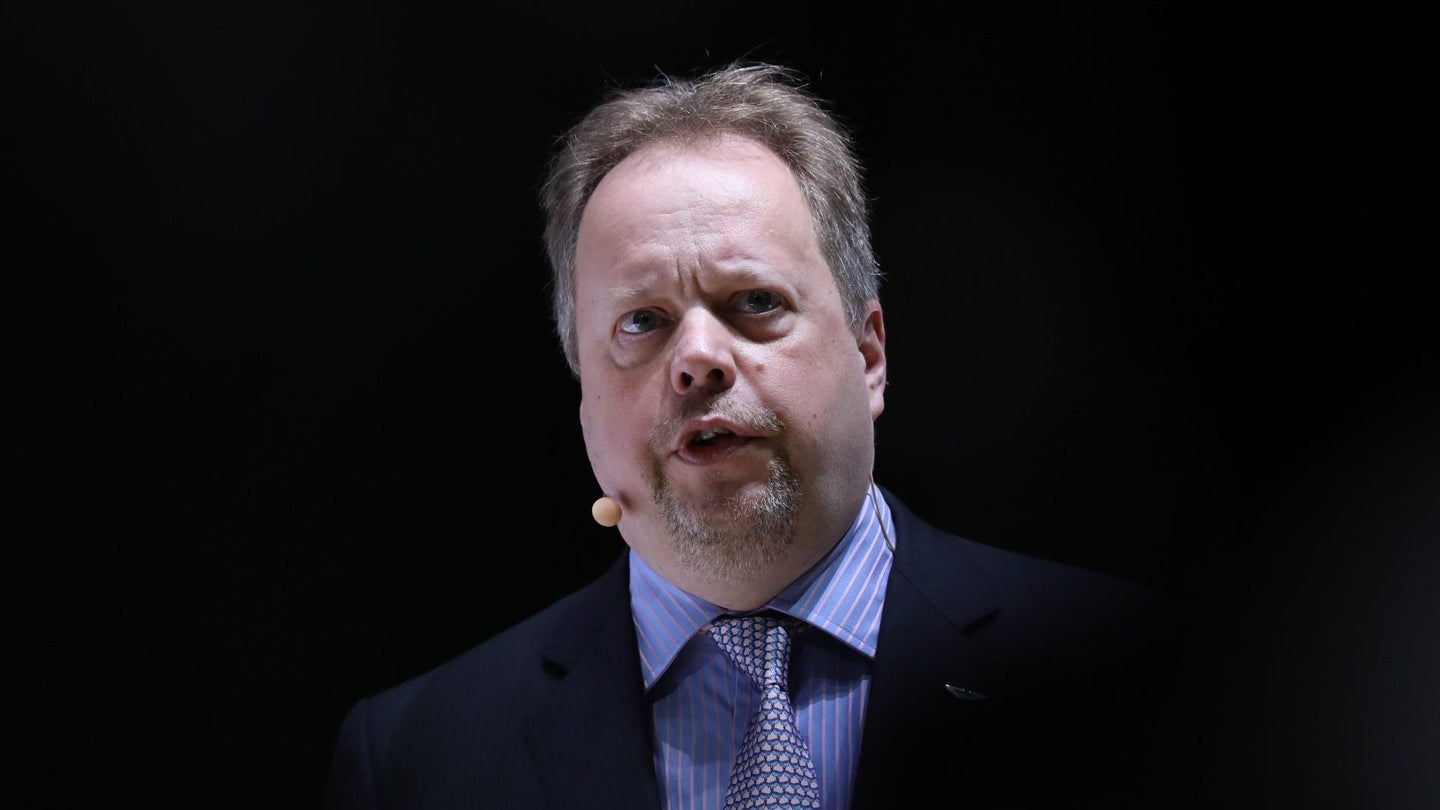 In the wake of the British government's announcement to outlaw the sale of petrol and diesel-powered cars by the year 2040, the CEO of Aston Martin, purveyor of fire-breathing, V12 supercars, was unsurprisingly not pleased.

Speaking to the Financial Times, AM boss Andy Palmer slammed Her Majesty's Government saying their new, clean-air-chasing initiative will leave the British car industry dead in the water when faced with the battery tech from foreign competition, citing a "valley of death" between electrification tech development happening in British universities and its implementation (or lack thereof) within U.K. automakers. “If we’re going to compete, we need to be the center of manufacturing for batteries. But if you walk round any battery factory in China, we’re 10 years behind them,” Palmer said. He then calls on lawmakers to assist British manufacturers in surviving their new rules.

"If we want to be at the cutting edge then we have to make sure we are world leaders in electric vehicles. If the government is going to legislate then they have to assist as well, otherwise they will destroy part of the industry." In a separate interview with Autocar, the Aston head said if the ban went forward without any government assistance, British auto firms would have to cease building their own engines and source their power plants from countries such as Japan, China, and Korea where "battery tech has been worked on with government aid for years." A Chinese-battery-powered Aston? Pretty sure I got one of those for Christmas as a child.

On the other hand, if rumors that the ban will not include hybrids, Palmer deems the entire initiative pointless and a mere political chess move. "In 2040 there won’t be a pure combustion car, because hybridization and plug-in hybridization will be there with room to spare,” Palmer said. “I genuinely believe plug-in hybrids will represent 40% of the mix even by 2030, so this 2040 ban would be late."

Palmer goes on to call the 2040 deadline for the ICE purge "absurd" because of the long distances some people are required to regularly travel.

The entire British car industry is deeply deeply rooted in gasoline and diesel. The UK excels at premium and luxury cars, from Bentley and Rolls-Royce to Aston Martin and McLaren. But luxury car buyers around the world in 2040 will still require gasoline engines. If your home market suddenly bans gasoline, then really practically speaking, where are we going to test the things?

Aston Martin is scheduled to come out with their first EV in the Rapide E sometime in 2019, an electric version of the DBX crossover sometime after that, and aims to have a quarter of its sales electric by 2025, according to FT.