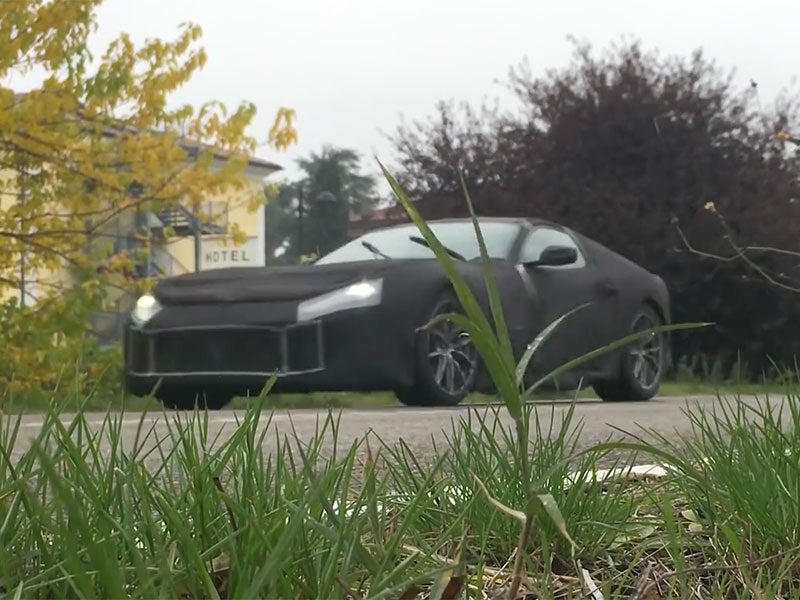 We've known for a while that the replacement for the Ferrari F12berlinetta, often called the F12M, would show its face to the world for the first time at or just before the 2017 Geneva Motor Show this March. But the super-rich guys and gals who make up the core of Ferrari's customer base don't have to wait like the rest of us plebes to see their next supercar; no, the carmaker invites them to Maranello in advance for a first look.

And while the company does go to great lengths to keep Richie and Richina Rich from talking about the cars, the anonymity of the Internet means information about the car is bound to break into the public domain. So with Ferrari's F12 replacement officially being shown off to its well-heeled future owners, details about the F12M have begun hitting message boards like FerrariChat. And while we take these reports with a grain of salt, we've spent enough time on the boards to know who to trust—and what sounds legitimate.

The new Ferrari will be faster (no surprise)

According to attendee accounts from Maranello, the F12M will blitz from 0 to 100 kilometers per hour (0-62 mph) in less than three seconds, and from 0 to 200 kph (0-124 mph) in less than eight. That's thanks to a revised version of the iconic V12, embiggened to 6.5 liters and producing 800 metric horsepower (789 American ponies) and 530 pound-feet of torque.

While there have been no reports that the car will be turbocharged or hybridized (praise Jesus), it still packs a fair amount of torque down in the rev range. 80 percent of those 530 "torques" are reportedly there at 3,500 rpm.

And the transmission apparently upshifts 30 percent faster and downshifts 40 percent more quickly than the F12 berlinetta. (The attendees didn't mention the number of gears, so it seems likely the F12M still uses a seven-speed dual-clutch gearbox like the rest of the current F-cars.)

Technology plays a key role in the F12M's performance

The F12's replacement will use the latest version of the Side Slip Control (SSC) system that lets even talentless hacks drift like Sebastian Vettel, according to the eyewitness accounts, as well as a second-generation version of the four-wheel steering system found on last year's F12 TdF. Somewhat controversially, the F12M will reportedly be equipped with an electric power steering setup, forgoing the hydraulic unit current Ferraris use.

But the new Ferrari still has some creature comforts

Whoever is lucky enough (or unlucky enough, depending on how you see it) to be riding shotgun will purportedly have a new digital display to entertain him or her—an 8.8-inch unit with 1280 x 140 resolution.

Expect more visual aggression on the outside

The front end has been repeatedly described as more aggressive than the outgoing F12 berlinetta, while the back has a rear diffuser that one attendee described as looking like it was "floating." And based on an official drawing of the car's outline that all attendees were reportedly given, the new Ferrari most certainly has quad taillamps, as our friend Milanno's rendering last year predicted.

The one big question left about the new supercar:

What it'll be named. None of the attendees mentioned the car's actual moniker, so we're betting Ferrari is still trying to sort that out itself. But we'll all know soon enough.