These rare Porsches are inseparable thanks to matching serial numbers. 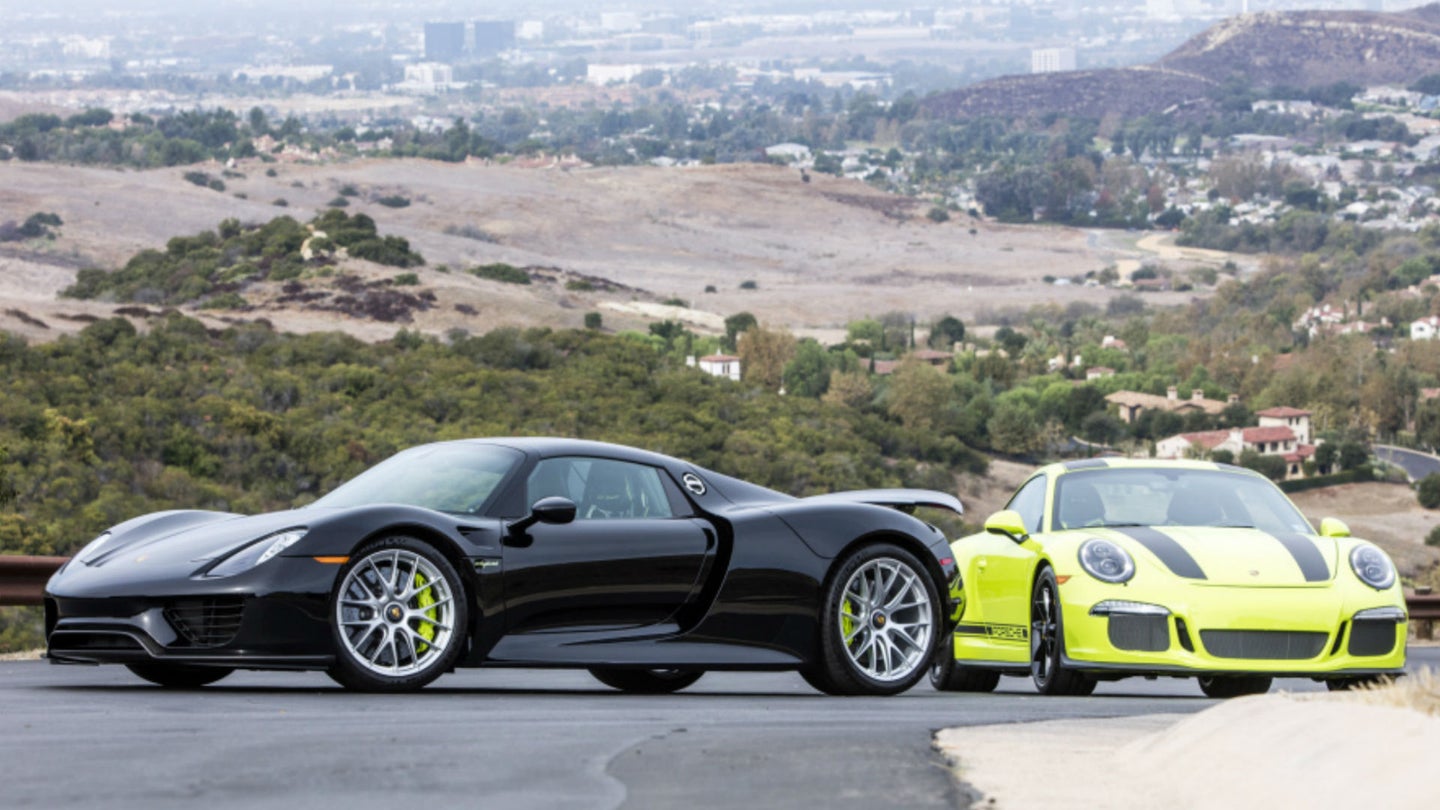 Rich Porsche enthusiasts should definitely pay attention to the next Scottsdale, Arizona auction because two of the (arguably) most desirable modern Porsches since the Carrera GT are going to the block...together.

Bonhams confirmed that it is auctioning off a Porsche 918 Spyder and 911 R at the Scottsdale auction in January, sharing serial number 290– they're basically fraternal twins. Selling them individually would be like separating two siblings on adoption day.

The 2016 911 R on offer is painted in Acid Green and has just 37 miles on the clock. Only 991 Rs were made, becoming one of the purest and most exclusive new Porsches available.

The 2015 918 Spyder has more than 2,200 miles on it and comes fully-loaded with Weissach wheels and a lift system for clearing speed bumps and steep driveways. Just 294 of Porsche's hypercars were destined for the U.S. market, making this example quite rare.

This is a historic auction, as two cars this coveted have never been sold before according to Bonhams. "First, a 918 Spyder and 911 R in such desirable specification are tremendously newsworthy on their own, but offered in nearly brand-new condition with matching serial numbers? It's never been done and represents an incredible, once-in-a-lifetime opportunity for a collector," said Michael Camaino, Bonhams Motoring Specialist.

We can't begin to imagine how much this pair will sell for, not just because of the rarity and high appreciation of both models, but also the fact that these "twins" shouldn't be separated.