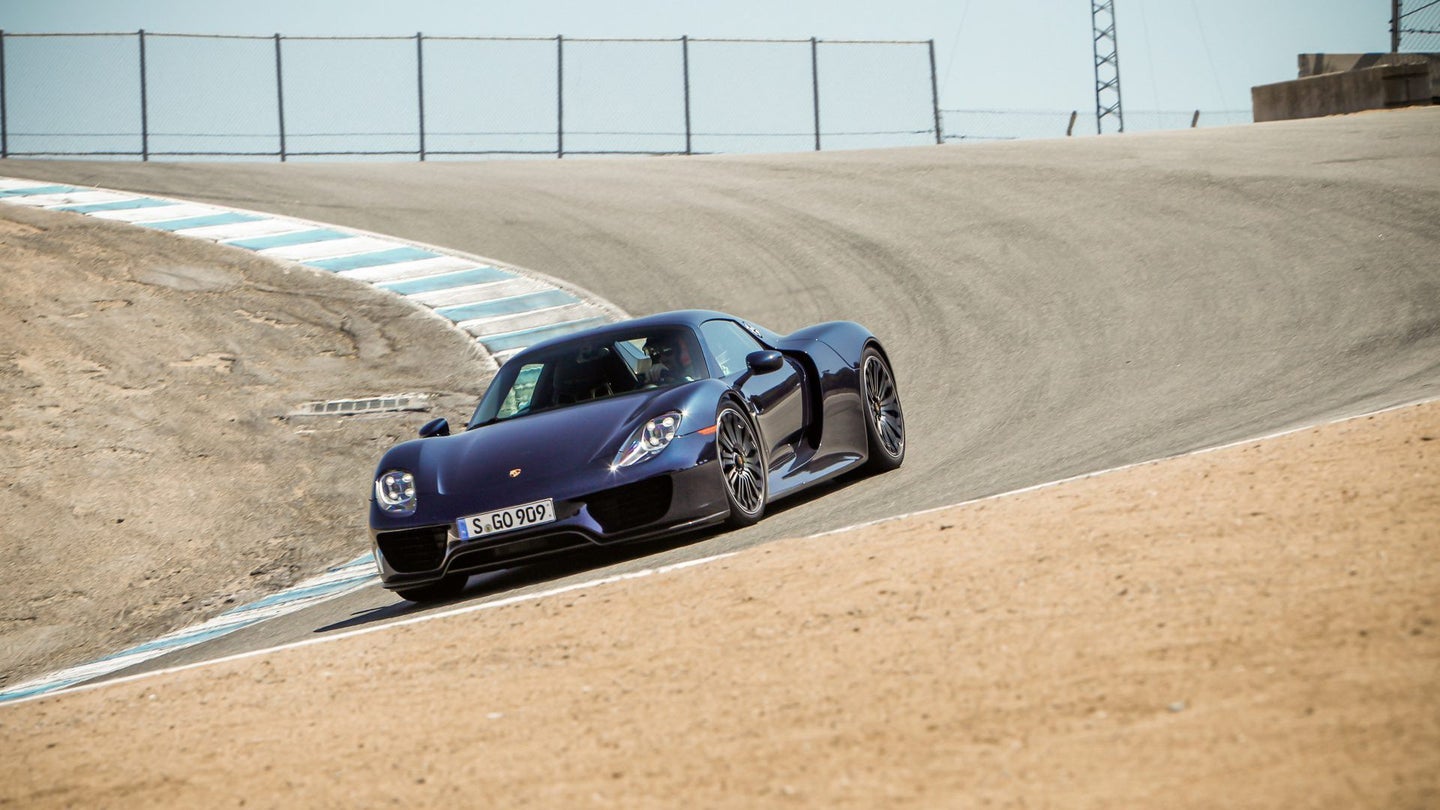 If you thought the Tesla Roadster and Rimac's Concept_One sequel will be the only electric supercars in town, you've got another thing coming. According to a report from Automotive News Europe, Porsche is preparing to work on an all-electric platform for sports and supercars. A platform that it eventually plans on sharing with Volkswagen Group cohorts Audi and Lamborghini.

Dubbed SPE, Porsche's plan for an electric two-door platform was spotted in a Volkswagen Group planning presentation held back in November.

According to the third footnote, "SPE (dedicated Architecture for sport segment)" is expected to be part of the company's "third EV wave" scheduled late next decade.

Speaking to Automotive News Europe, an unnamed senior Volkswagen exec confirmed to the publication that Porsche is indeed tasked with developing an EV platform "for two-door sports cars and supercars."

When asked for comment, a Porsche spokesperson told The Drive, "As a matter of policy, we do not comment or engage in speculation about possible future product."

In the interest of speculating about possible future product, the report alleges that SPE could serve as a platform for a second-generation Audi R8 e-tron and a street-legal incarnation of Lamborghini's insane Terzo Millennio concept. While all of that sounds dandy, we'd like to add "electric Porsche 911 variant" and "electric 918 Spyder successor" to the list of cars likely to happen sometime after 2025.