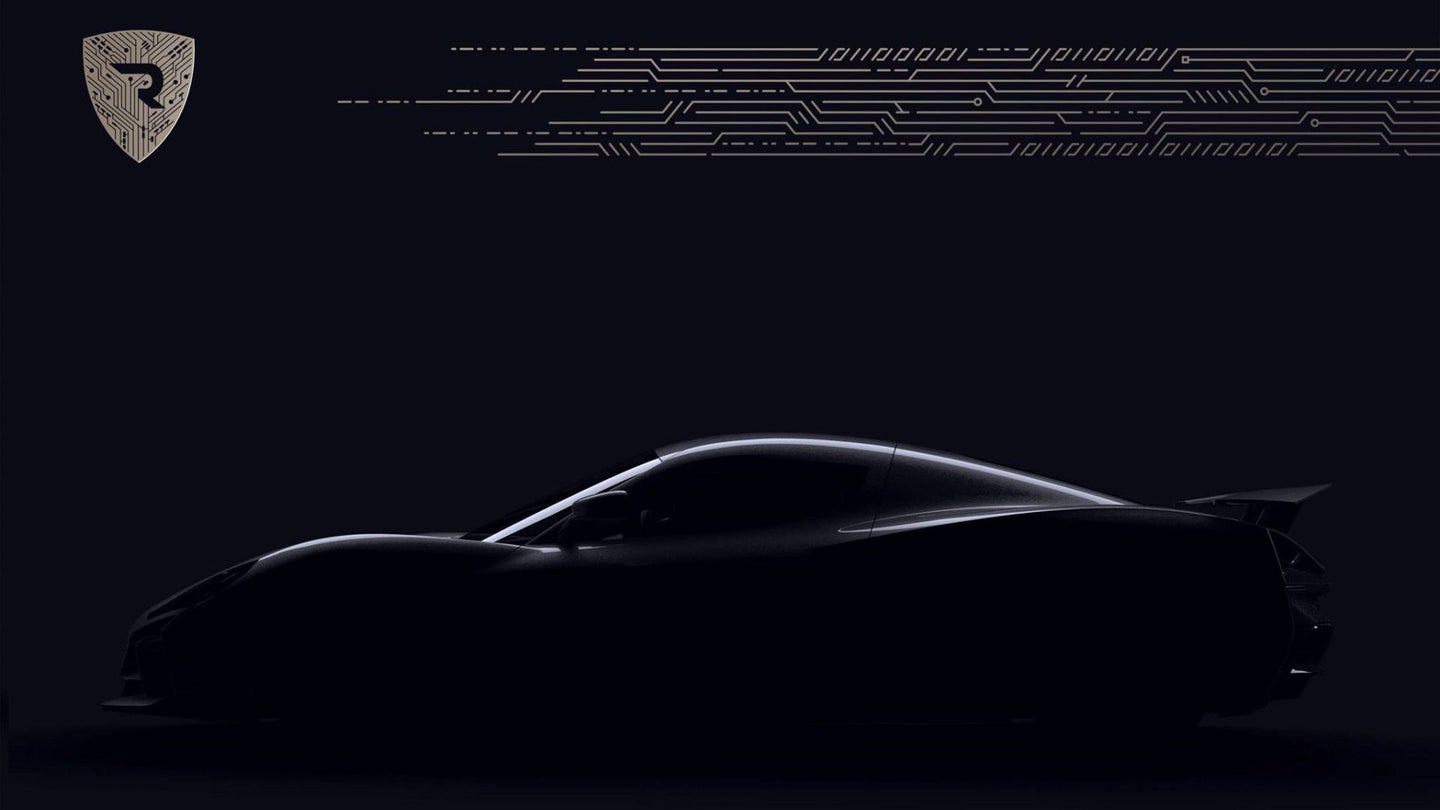 It looks like the Tesla Roadster will have some company soon enough. Croatian purveyors of fast, electric cars Rimac has taken to social media Friday, teasing a new, "game changing," hypercar set to debut at the Geneva Motor Show scheduled for March 2018.

While the company hasn't revealed a name, given that the firm's first and only current offering is dubbed the Concept_One, Concept_Two would not have a bad guess. However, the folks at Rimac are apparently a lot more creative than you and I since COO Monika Mikac has already confirmed to Autocar that it won't be called the Concept_Two.

Like the Concept_One and previously mentioned Tesla, the upcoming Rimac looks to be another sleek, swoopy, low-slung affair. Looking at the Concept_One side-by-side, the new car will apparently feature more bulbous, Ferrari 488-like front haunches and an aggressive, sizeable rear spoiler.

On the heels of Tesla's reveal of its barely-believable Roadster, it seems like Rimac is looking to get in on the plaid-inducingly fast, electric hypercar game as well. Should be an interesting alternative for folks looking to royally shame the internal combustion engine in a vehicle that's less... Musky.

While further details on Rimac's next car remain subjects of rumor and speculation, the Tesla Roadster gets from zero to 60 mph in 1.9 seconds, crush the quarter-mile in 8.9 seconds, and hit a top speed of 250 mph. Look for Rimac's competitor to boast similarly ludicrous numbers. For further reference, the Rimac Concept_One gets from zero to 60 mph in 2.5 seconds, tops out at 220 mph, produces 1,224 horsepower, and is said to cost more than $1 million.

Watch How Rimac Delivers Power in its 1,073-Horsepower Electric Supercar

Pushing that much power to the wheels effectively takes some serious understanding in torque vectoring.