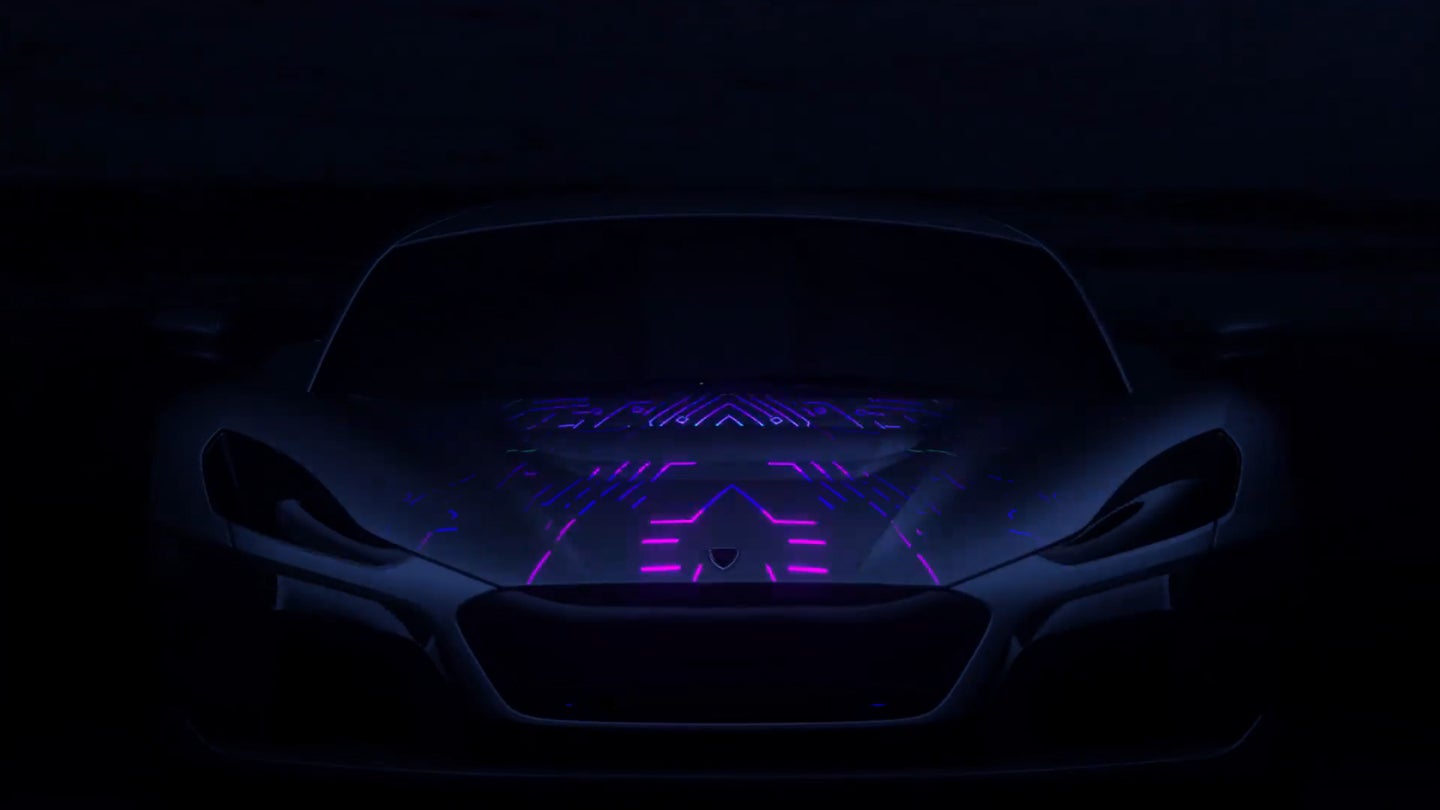 If there's one electric car that we're certainly looking forward to seeing later this year, it's the next Croatian-built Rimac hypercar due to be debuted at the Geneva Motor Show. Though nameless and shrouded in a cloak of secrecy, one person who claims to be close to the vehicle's production spoke to Autocar to reveal a few more details on the upcoming vehicle.

The Concept_One was a very well received hypercar. The limited run of eight production vehicles (one of which was destroyed by none-other-than The Grand Tour host Richard Hammond) proved to be a valid contender in the hypercar market, despite it using an alternative fuel source to pump out all 1,073-horsepower. It was so successful that Rimac decided to build a 100-unit run of its successor, and no, it won't be called the Concept_Two.

Though not much is known about the successor to the Concept_One, Rimac has shown off the car in a short video as seen on Facebook. Additionally, a source that Autocar claims to be close to the production of the vehicle has revealed a bit more about the new two-seater from the Croatian electric vehicle manufacturer.

When it comes to technology, Rimac is up there with the big boys in boutique auto manufacturing. In fact, the automaker not only supplies battery packs for other hypercars like the Koenigsegg Regera, but is also working out the finer details to supply the Aston Martin with not only the battery pack for the upcoming Valkyrie, but also the vehicle's infotainment system. Rimac has reportedly used its technological advancements in the field to also develop a Level 4 autonomous driving platform which will be featured in the upcoming model, enabling it to handle most on-road tasks with minimal driver intervention.

Speaking of batteries, the hypercar will also reportedly feature a 120-kilowatt-hour battery pack, making it one of the largest battery packs to be placed in a consumer-grade car to date if true. In comparison, Tesla's largest capacity is a 100 kWh pack, capable of delivering up to 315 miles on a single charge. In contrast, Rimac's Concept_one had a 90 kWh battery pack and could deliver around 210 miles of range, though Rimac seemed to stress the point that its customers were not buying the vehicle for its daily drivability.

In comparison to the next generation Tesla Roadster, the Rimac seems like it could be an overpriced toy. On one hand, you have a 1.9 second zero to 60 mph roller skate with a 200 kWh battery, and on the other a hypercar that we simply don't know that much about yet. The Concept_One was priced just below $1 million, so if its successor is by any means similar, nearly five roadsters could be purchased in its place. Could it be worth the price?

Regardless of cost, the Rimac will certainly be a driver's car. The manufacturer has sought to build an electric car that was fun to drive even before it was born, as founder Mate Rimac fitted his e30 "E-M3" with an electric powerplant to make it the quickest EV in the world (in 2012). Given the team's experience and desire to build an impressive machine, Geneva can't come soon enough.