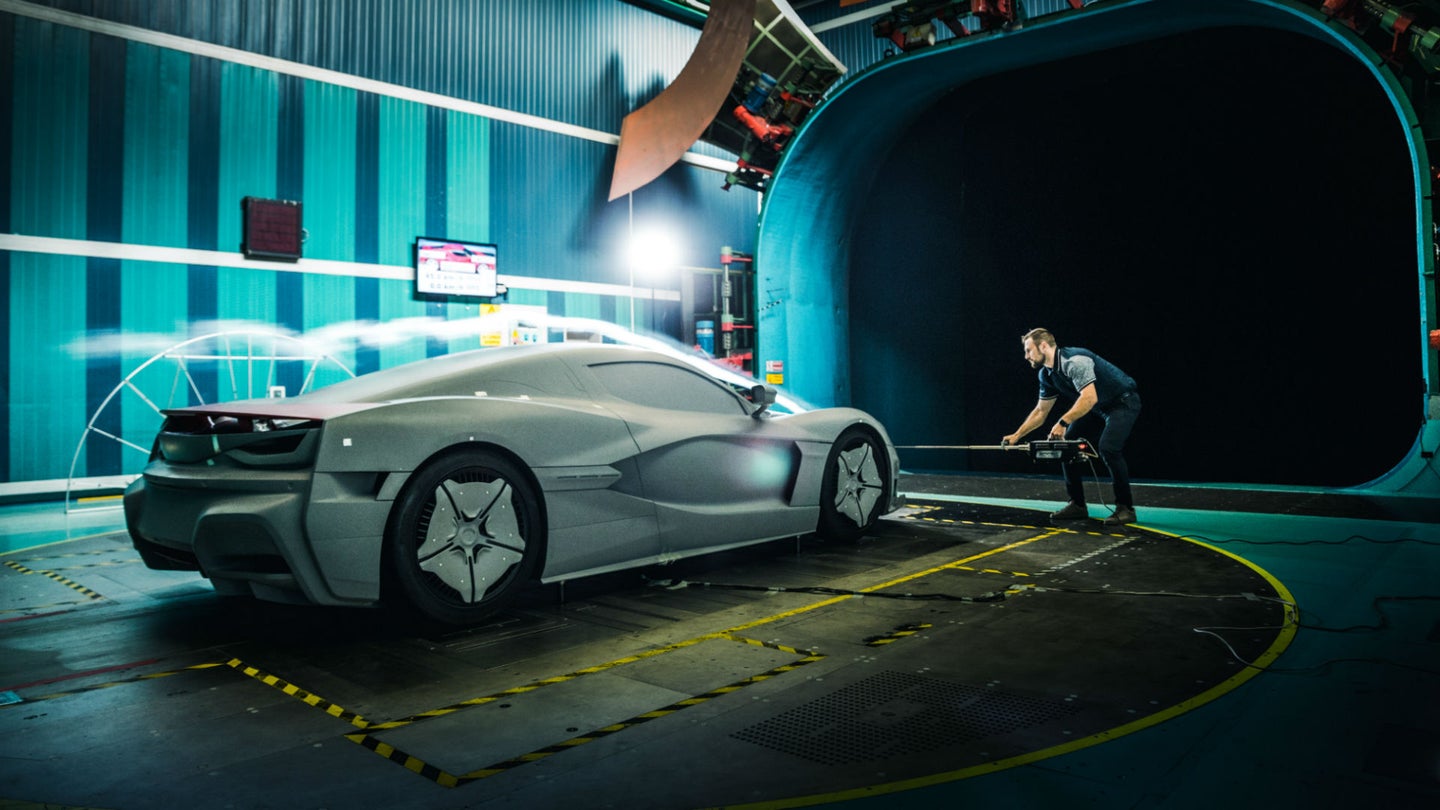 Electric supercar builder and EV parts supplier Rimac announced that it had recently conducted aerodynamic testing on a full-scale model of its upcoming C_Two hypercar. The tests were carried out at a wind tunnel facility at Rimac's headquarters in Croatia, and the replica vehicle was created based off of previous computer simulations using digital 3-D models. While not a fully-functioning car, the C_Two prototype has all the active aero features to be used on the final product, as well as realistic mock-ups of suspension and drivetrain components.

The C_Two will feature an active rear spoiler that adapts to vehicle speed and serves as an air-brake when it needs to slow down quickly. It will also have active aero elements located in the car's hood, as well as underneath the front and rear bumpers. These computer-controlled flaps serve to eliminate vehicle drag, add downforce, and maximize cooling efficiency while the car is being driven hard. More information on the prototype's design can be seen in this documentary released to the Rimac Youtube channel.

While the C_Two was first revealed back in March, Rimac claims it's been developing the hypercar for over two years. No parts have been carried over from the company's previous Concept_One model, and the team has sketched and modeled hundreds of potential designs before finally settling on the bodywork of the wind tunnel prototype. Before even creating a physical model, Rimac used its BURA supercomputer to solve over 70 million aerodynamic equations related to the car's shape. BURA features "nearly 7,000 cores," the equivalent of more than 3,000 of the processors found in a modern laptop computer.

Thanks to efficient aerodynamic engineering, Rimac is aiming for a 258 mile-per-hour top speed on the production model. The company also says it will have a 1.85-second 0 to 60 mph time, due to four electric motors that will supply a combined output of 1,888 horsepower at all four wheels.

It now has room in the trunk for two bottles of champagne, but there’s still no space to store your avocado toast.