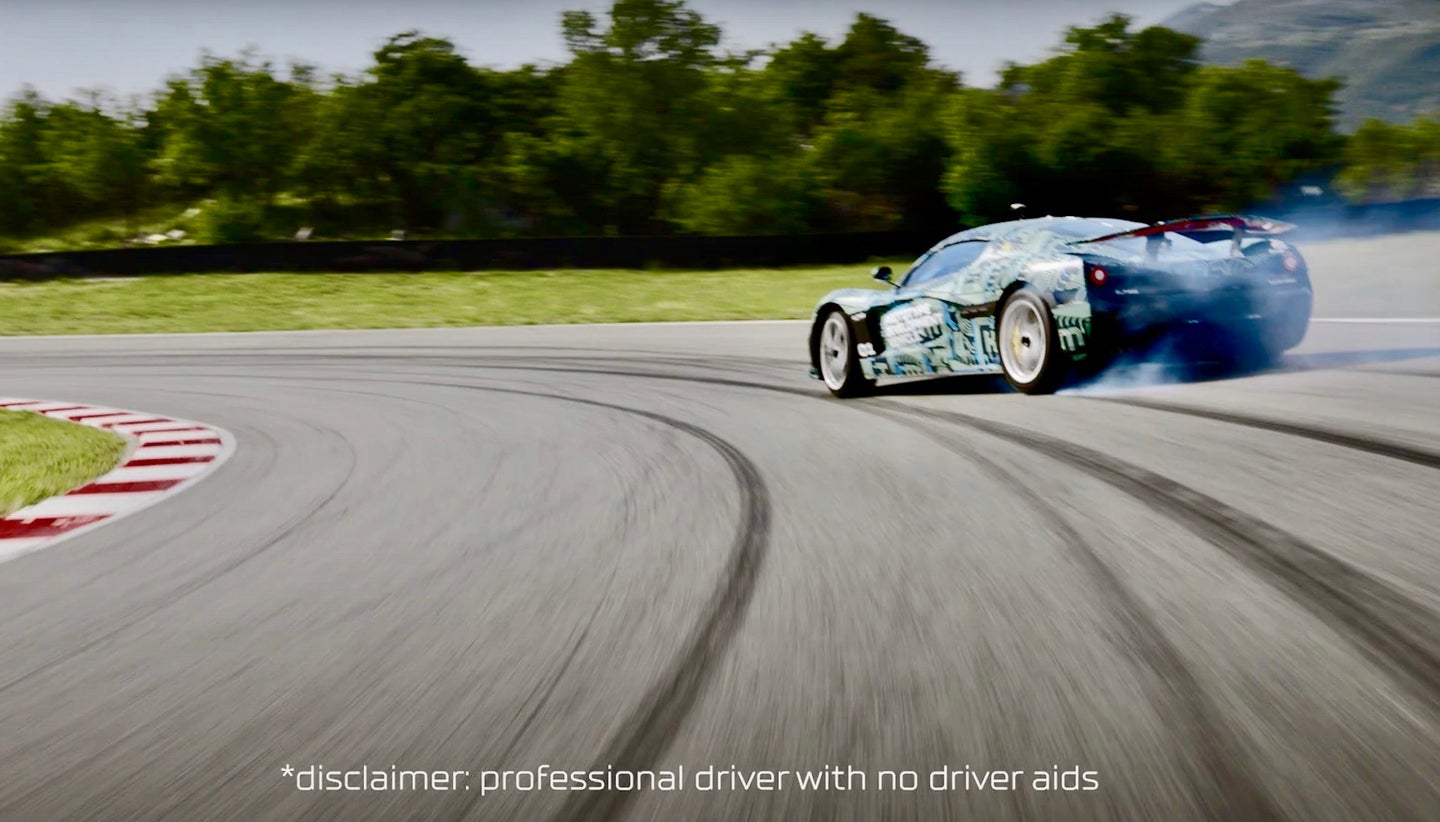 We know Rimac's upcoming C_Two electric hypercar will come with 1,914 horsepower. We know it'll hit 60 mph in less than two seconds and cover the quarter-mile in 9.1. We also know it'll top out at 258 mph. But in a world where your lawyer's Tesla sedan can put down drag times previously reserved for purpose-built racing machines, ludicrous straight-line performance isn't the only thing an electric hypercar should offer. It also has to entertain when the track gets twisty.

To show off the C_Two's handling prowess, the Croatian EV maker decided to answer the question that's undoubtedly been weighing on all of our minds: Will the Rimac C_Two drift? The answer, predictably, is yes, and the electric car firm says the C_Two will even come with a dedicated "Drift Mode" that presumably shuffles power to the rear and sets it up for some beautiful oversteer.

The clip below apparently documents how Drift Mode development's been coming along although company boss Mate Rimac and his engineering cronies go out of their way to ensure that this sideways action wasn't achieved through digitally manipulating torque but rather through good, old-fashioned, chassis dynamics.

Yes, the clearly-scripted opening skit is a little awkward but gets the message across. Plus, the absolutely righteous drift at the end makes it all worth it, we promise.

Don't think the C_Two will only be good for face-flattening acceleration and obliterating tires either, because it's quite the tech-fest when it comes to everyday usability as well. The car apparently unlocks via facial recognition and will be capable of Level 4 autonomous driving. It's said to be able to replenish 80 percent of its battery in 30 minutes and boast a NEDC range of about 400 miles. However, don't expect to eke out that full 400 if your C_Two is constantly sideways with huge amounts of smoke pouring off the back.

Originally scheduled to deliver this year, Rimac has had to delay production on the C_Two until 2021—for obvious reasons.