This demo run of the 'Inferno' was a bit slower than its 465 mph world-record run. 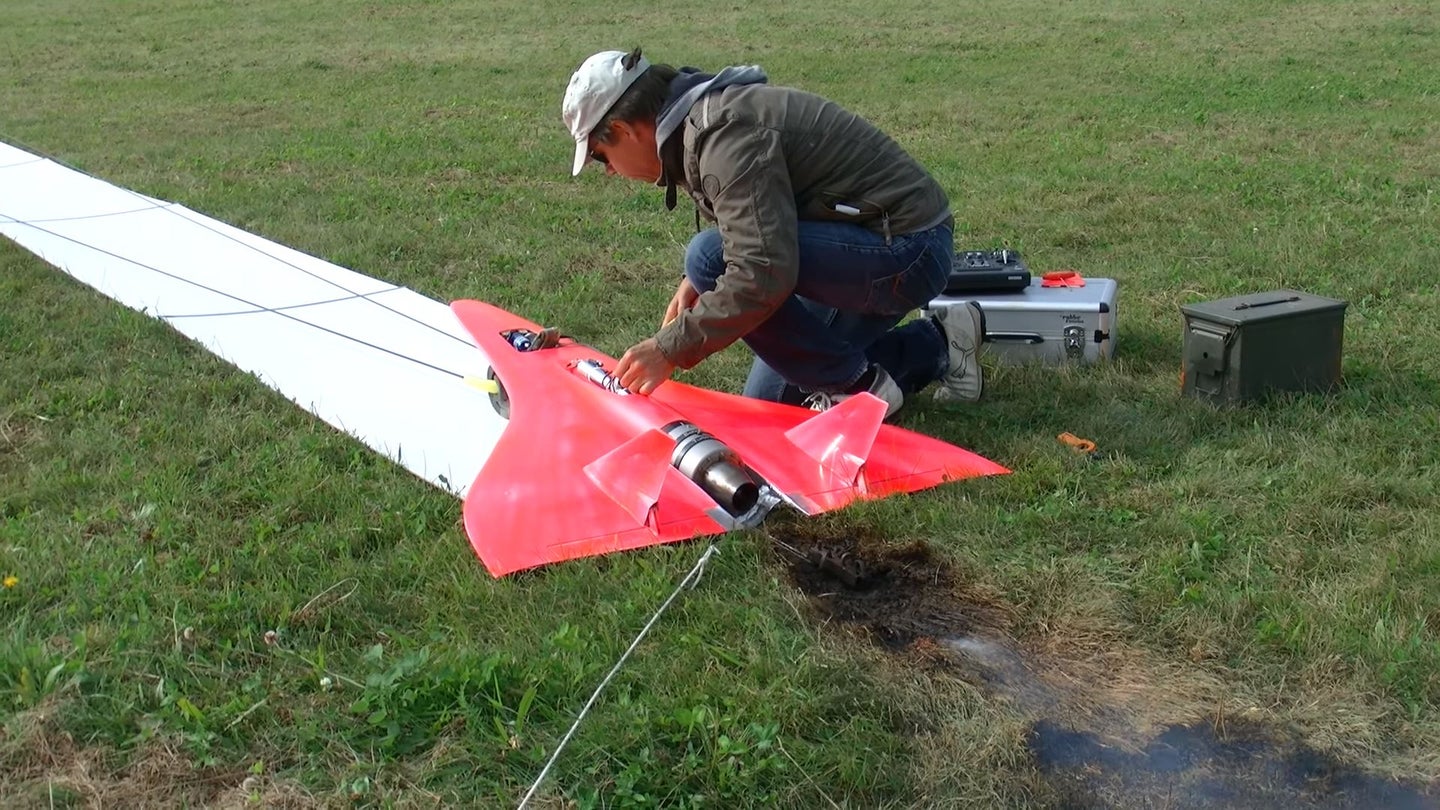 I remember my Dad bought me an RC plane for my birthday one year. It was made of foam and plastic, was battery-powered, and had a little red propeller on it. I think my longest flight ever covered a full 12 seconds before the thing lost the remote signal and came spiraling down to the ground where it shattered on the concrete. That little RC plane was a far cry from the world-record-holding RC jet plane known as “Inferno.”

Owned by German airplane pilot Niels Herbrich, Inferno set the record for fastest remote-controlled jet-powered model aircraft by going over 465 mph. The small craft only weighs about 16.5 pounds and features a Behotec 180 turbine jet engine that runs on kerosene. The jet itself only weighs 3.5 pounds while delivering 40.5 pounds of thrust. It’s about 4.5 inches in diameter and just over a foot long.

RC Media World recently posted a YouTube video showing the Inferno in action. During this demo run the plane only got up to 451 mph. The clip is a little over six minutes long and shows the red fiberglass aircraft being prepped for takeoff by its owner. It's slingshot into the air with what looks like a giant rubber band which flicks it forward along a skid pad.

Once the turbine is started, the grass behind the craft is toasted just before the craft is let loose. Once airborne, the Inferno terrorizes the skies in a series of loops and flybys with all the intimidating noises of an F-16 Fighting Falcon. The jet finally cuts off and the Inferno gracefully makes its way back down to earth.

It’s definitely worth the time to check out the video as you simply won’t believe how quick and loud such a little plane can be.