This isn't Musk's first war with the BBC's famous publication. 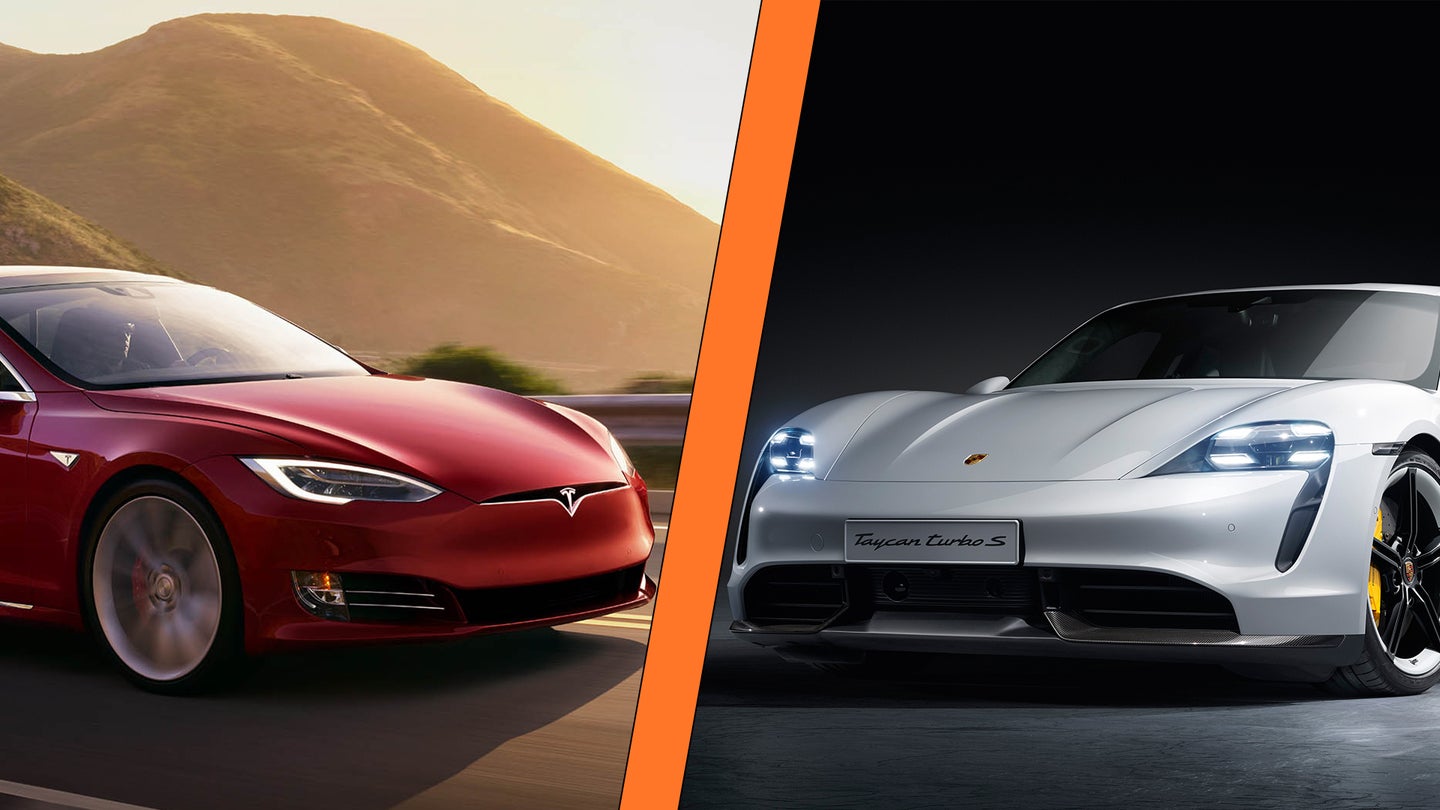 Last week, Top Gear released its full review on the all-new Porsche Taycan Turbo S, which included an updated drag race between the Taycan and the Tesla Model S Performance. While the staff was quick to defend the practicality of the Model S, it quickly crowned the Taycan the new king of performance EVs—something which Tesla CEO Elon Musk didn't take very well.

In the first few minutes of the review, Top Gear host and Deputy Editor Jack Rix lined up the Tesla and Porsche side by side for a drag race to see which vehicle was faster in a straight line. Much to the surprise of many (Rix included), the Taycan took the crown. But as Tesla fans watched the review, they began to notice that a few details didn't line up.

After reviewing the footage, critics highlighted that the Tesla's display indicated that the car was in Range Mode instead of Ludicrous+ at the time of testing. In fact, well-known YouTube channel DragTimes even put out a video calling the outlet's race "fake news."

According to Rix, there's a simpler answer.

When creating any kind of content, filmmakers often splice in B-Roll footage to cut away from the main take as a creative measure keep the viewer's attention. The production team had several "set up" shots that were separate from the race, which is likely what caught the attention of Musk and Tesla fans alike. Rix also indicated that the Model S was in Ludicrous+ mode during all tests.

"Putting Model S in range mode is the opposite of launch mode, as it minimizes performance in favor of range," Tweeted Musk. "Show should be called “Low Gear”!"

Musk has been historically critical of automotive journalists in the past, even openly questioning the integrity of those who post negative news about the brand. Top Gear itself is no stranger to this, as Tesla even sued the BBC in 2011 for libel and malicious falsehood over a 2008 episode of the show where the automaker claimed the show falsely represented the capabilities of its first-generation Tesla Roadster.

Years later, Jeremy Clarkson poked fun at this incident in a 2018 episode of The Grand Tour, where he filled a Tesla Model X with several lawyers to critique his statements surrounding the capabilities of the electric SUV.

Top Gear maintains its stance, later publishing an explanation of the numbers it achieved during testing. The publication even indicated that these numbers were sourced from a test "on a previous occasion" and were the best figures it was able to achieve with the car to-date.

As the Taycan begins to make its way to independent owners in the coming months, it's likely that owners will begin pitting the performance sedan against the Model S in real-world applications. Musk claims that Tesla will soon be deploying an over-the-air update which adds 50 horsepower to the Model S Performance, meanwhile, official Nurburgring lap times for both the prototype Tesla Model S and Taycan Turbo S are still unannounced.

By the looks of it, this electrifying rivalry is just getting started.