A forthcoming "easter egg" moves the P100D even closer to quickest production car. 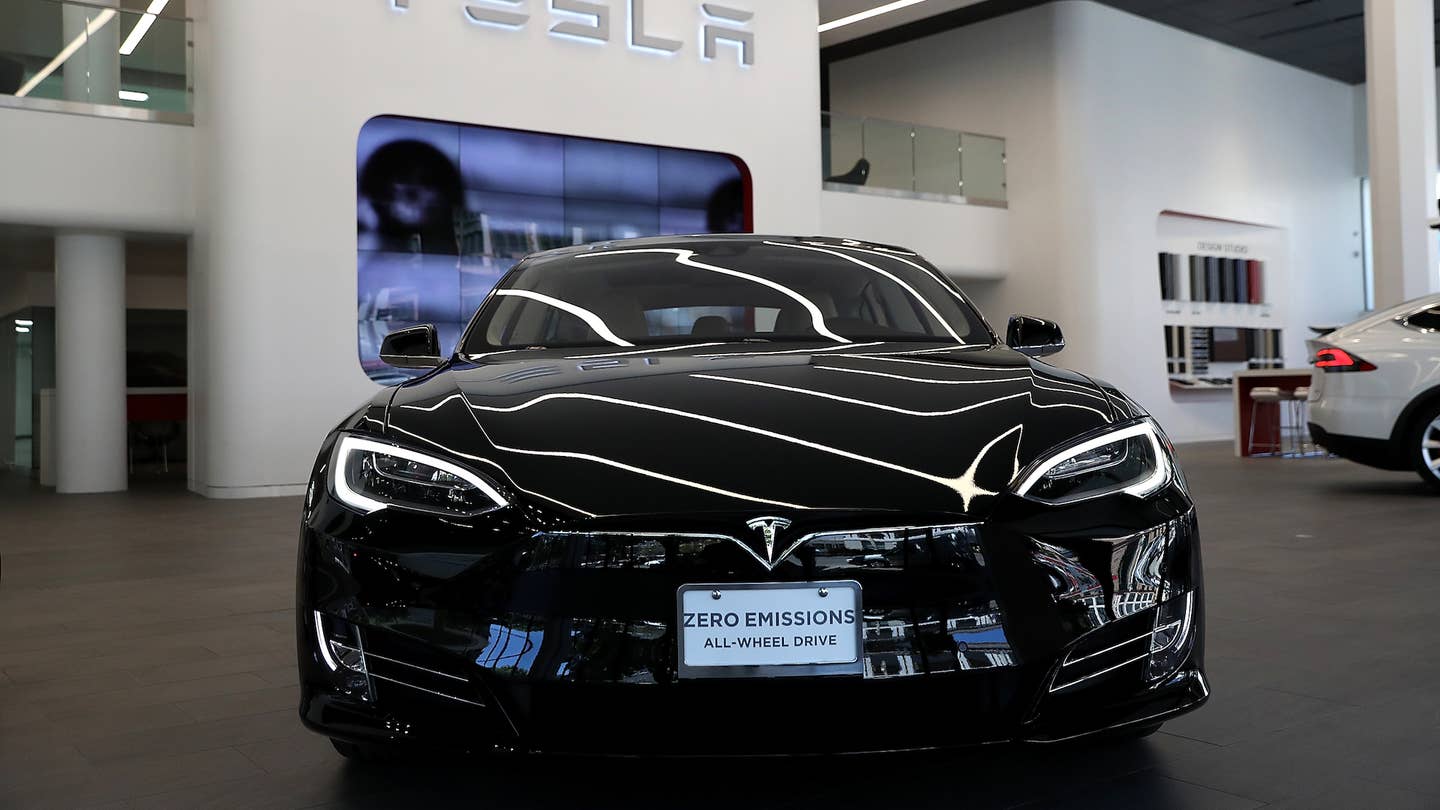 Want a quick car? Something with a sub-three second sprint to 60? You could buy a McLaren P1, or a Bugatti Veyron or even a Lamborghini Huracan, if you're budget-conscious. Or you could get Tesla Model S P100D, because it's about to be quicker than all of those. After nearly three months of being on the market,Tesla's P100D models are getting a free, over-the-air update that will make them each .1 second quicker to 60, clocking in at 2.4 seconds. Because why the hell not, right?

Tesla CEO Elon Musk announced the marvelous news on Twitter Wednesday along with the fact that the Model X's 0-60 time of 2.9 seconds is expected to drop to 2.8 seconds. The software update should be ready to be remotely pushed to cars in December.

Because the software update will come through an "easter egg," P100D owners will likely have to do some digging to find the new launch capabilities. So far, Musk hasn't dropped any hints for what P100D drivers might have to do for the easter egg but when it's revealed, we'll let you know.

Teslas are known for their hidden easter eggs. Some will turn parts of the electric cars – the Autopilot display and the charge port – to a rainbow color, another will change an in-car graphic from an image of a Model S into a James Bond submarine Lotus, but this is the first time Tesla has released an easter egg that will actually modify the car's performance.