Tesla Admits Autopilot Was On In Chinese Model S Crash

The car’s owner claims Tesla salespeople told him the car was “self-driving.” 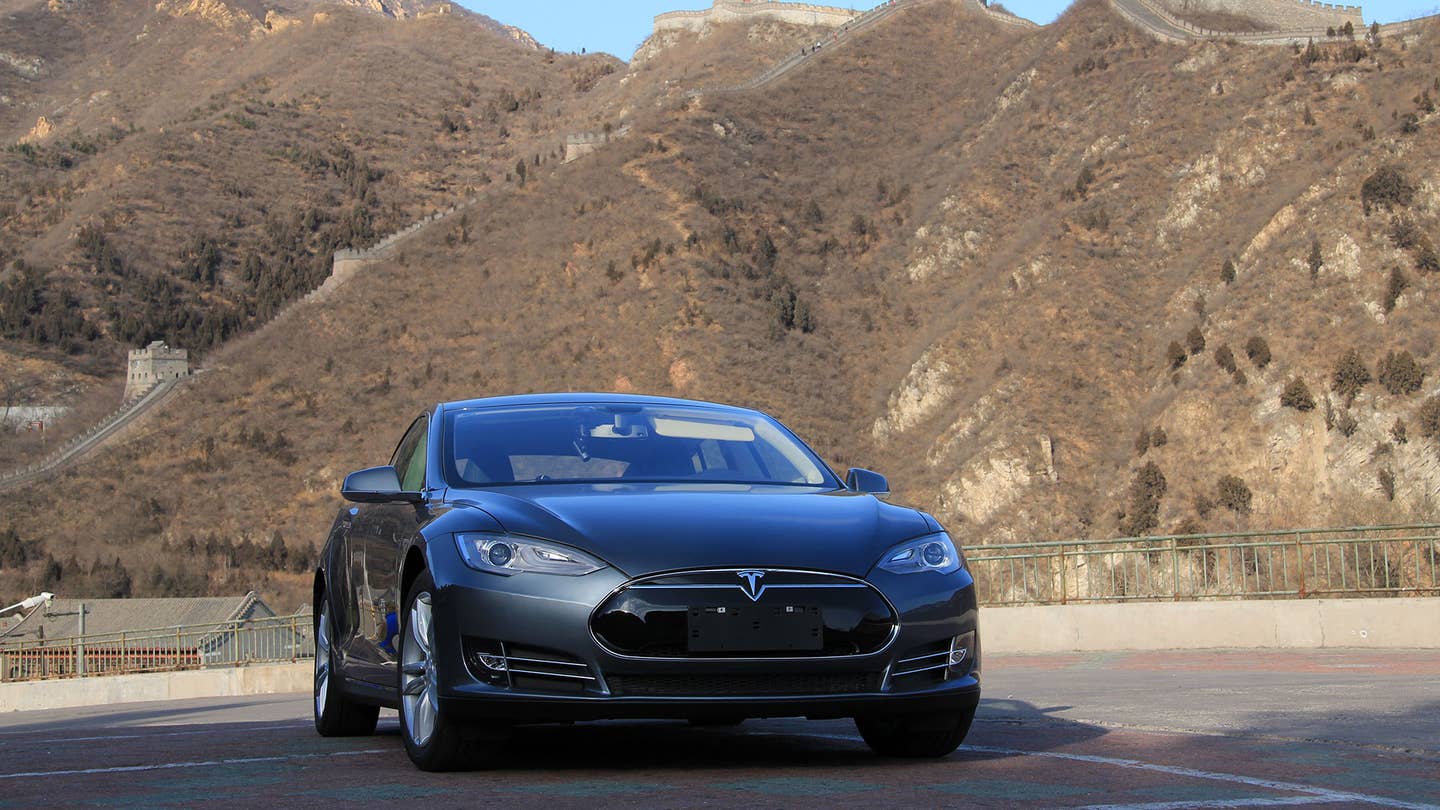 Additional details have begin to trickle in about the clip of a Tesla Model S crashing in China while allegedly using Autopilot that briefly broke the Internet last week. On Wednesday, Tesla confirmed that the semi-autonomous driving function was indeed active at the time of the crash. Meanwhile, the driver is claiming he was sold the car as a "self-driving" vehicle, which he claims is why he did not take control before impact.

On Friday, The Drive reported on a Model S that smashed into a disabled vehicle in the left lane of a busy highway in Beijing, China. At the time, the only details available were that the driver, 33-year-old Luo Zhen, was claiming he was using the semi-autonomous system, and that he felt there were "technical bugs in the system of Autopilot." Since then, Tesla has analyzed logs from the damaged Model S and has confirmed that Autopilot was functioning at the time of the incident—but that Zhen did not make an effort to stop the vehicle until it was too late, Reuters reports.

But in an interview with Reuters, Zhen said he felt Tesla's sales personnel marketed the car as a "self-driving" vehicle and that the company overstated its vehicle's abilities. “The impression they give everyone is that this is self-driving, this isn’t assisted driving,” Zhen told Reuters. The news service also spoke to four other Tesla owners across China who offered similar claims. Other people who purchased the electric cars said Tesla staffers would remove their hands from the steering wheel when showing off the car's "self-driving" capabilities, something the automaker has publicly stated is a big no-no. As Reuters notes, Tesla uses the term “zidong jiashi” in its Chinese marketing repeatedly, which translated to English as "self-driving"—a term Tesla tends to steer away from in its U.S. marketing.

The accident in China is just the latest bit of unfortunate press for Tesla tied to the carmaker's Autopilot system. Following the death of Tesla driver Joshua Brown in May in a crash where the semi-autonomous system apparently failed to stop the car from impacting a tractor-trailer, the company has been facing a firestorm of media criticism, as well as investigations by the National Highway Transportation Safety Agency, the National Transportation Safety Board, and the Securities and Exchange Commission.

The Tesla Model S in the Fatal Autopilot Crash Was Speeding

The National Transportation Safety Board releases a preliminary report.

Now the SEC Is Investigating Tesla After First Autopilot Death

Financial watchdog looking into whether carmaker hid the news from shareholders.