The Tesla Model S in the Fatal Autopilot Crash Was Speeding

The National Transportation Safety Board releases a preliminary report. 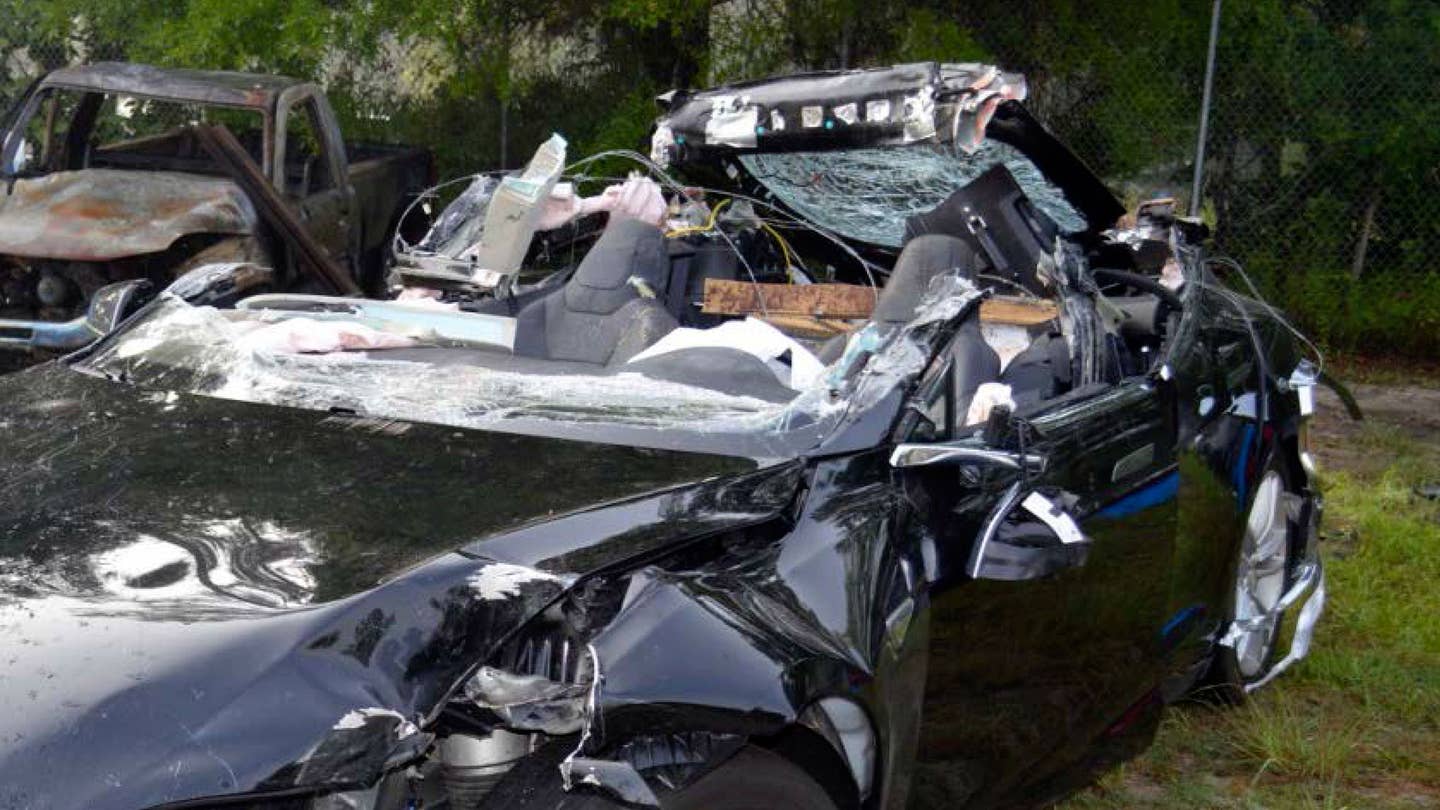 More info on the wreck that gave self-driving car advocates pause has just arrived. The National Highway Traffic Safety Board released its preliminary report on this spring's fatal Tesla Model S Autopilot crash, clearing up some unanswered details of the incident.

The report, released Tuesday, addresses the Model S crash that occurred in Florida on May 7th and took the life of electric car enthusiast and former Navy Seal Joshua D. Brown. It states that the car was traveling at 74 mph before the impact, nine mph over the 65 mph posted speed limit, while using its Traffic-Aware Cruise Control and Autosteer lane-keeping features.

The NTSB sent five investigators to the scene of the accident to laser scan the area, as well as the wrecked car and trailer. These assets, in combination with the data from the Tesla's computer, will be used evaluate the circumstance and cause(s) of the crash. Initial findings do not name any party at-fault.

Since late June—when Tesla acknowledged the fatal Autopilot crash—two other serious accidents involving driver assist features have made big news. The driver of a Tesla Model X SUV that crashed in Pennsylvania told authorities that Autopilot was engaged, though Tesla CEO Elon Musk has refuted those claims over Twitter. Then, soon after NHTSA began investigating that wreck, another semi-autonomous Model X crash was reported in Montana, setting off a back and forth between the driver and the electric car maker.

A final report is expected from the board in July 2017.