The SUV's driver claims his vehicle was driving itself at the time of the wreck. 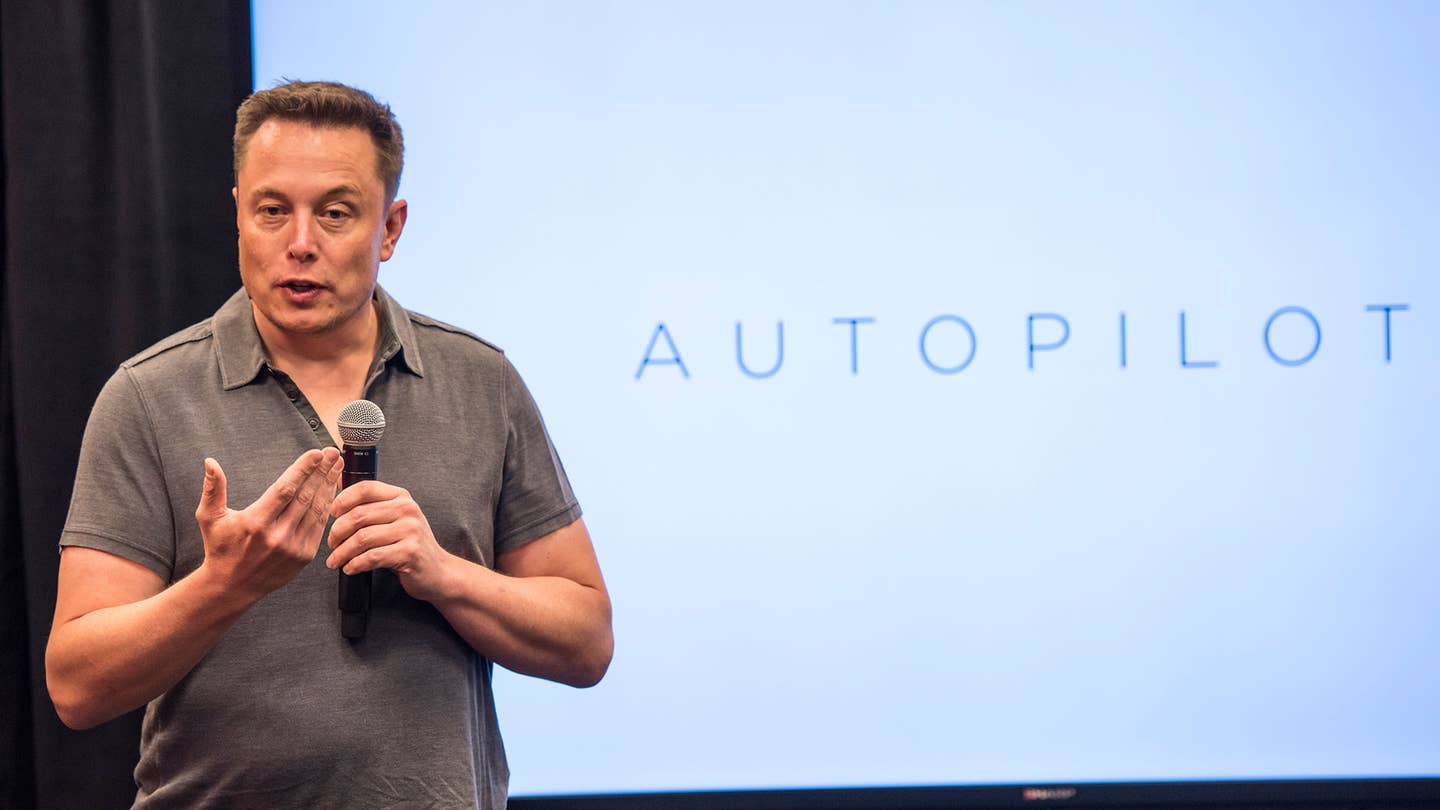 The crash earlier this month of a Tesla Model X in Pennsylvania was not caused by the car's Autopilot system, Tesla CEO Elon Musk says—because Autopilot was not on at the time of the accident.

The Detroit Free Press reported the driver of the 2016 Tesla Model X, Albert Scaglione, told Pennsylvania State Police he was using Tesla's semi-autonomous driving assist feature Autopilot when the SUV crashed on July 1 approximately 100 miles from Pittsburgh on the Pennsylvania Turnpike. A police report stated the SUV was traveling eastbound when it struck a guardrail, crossed several lanes, smacked the center median, and rolled over before coming to a stop. Both Scaglione and his passenger survived the incident.

Vehicle logs from the incident were not available immediately after the crash took place, which Tesla previously told The Drive was due to the severity and type of the incident. But Musk took to Twitter yesterday to announce Autopilot was not activated when the crash took place, as well as to claim the wreck would not have happened if it were. When questioned as to why it took the automaker weeks to figure this out, Musk explained the company had "just gained access to the physical vehicle."

Currently, it is unclear as to why the owner told authorities he had Autopilot engaged, but Musk gave a few reasonable answers on Twitter.

The CEO also said if a computer systems crash or something along those lines were to occur, the company would have picked that up when reviewing the vehicle logs.

Musk's statement comes as Tesla works to fight back against the deluge of negative P.R. it has faced in the weeks following its announcement that 40-year-old Joshua Brown was the first Tesla driver to die in a crash while Autopilot was active. Just yesterday, when Consumer Reports chastised Tesla in an effort to get the automaker to deactivate its Autopilot technology...well, let's just say Tesla responded by telling the publication to jump off a bridge.