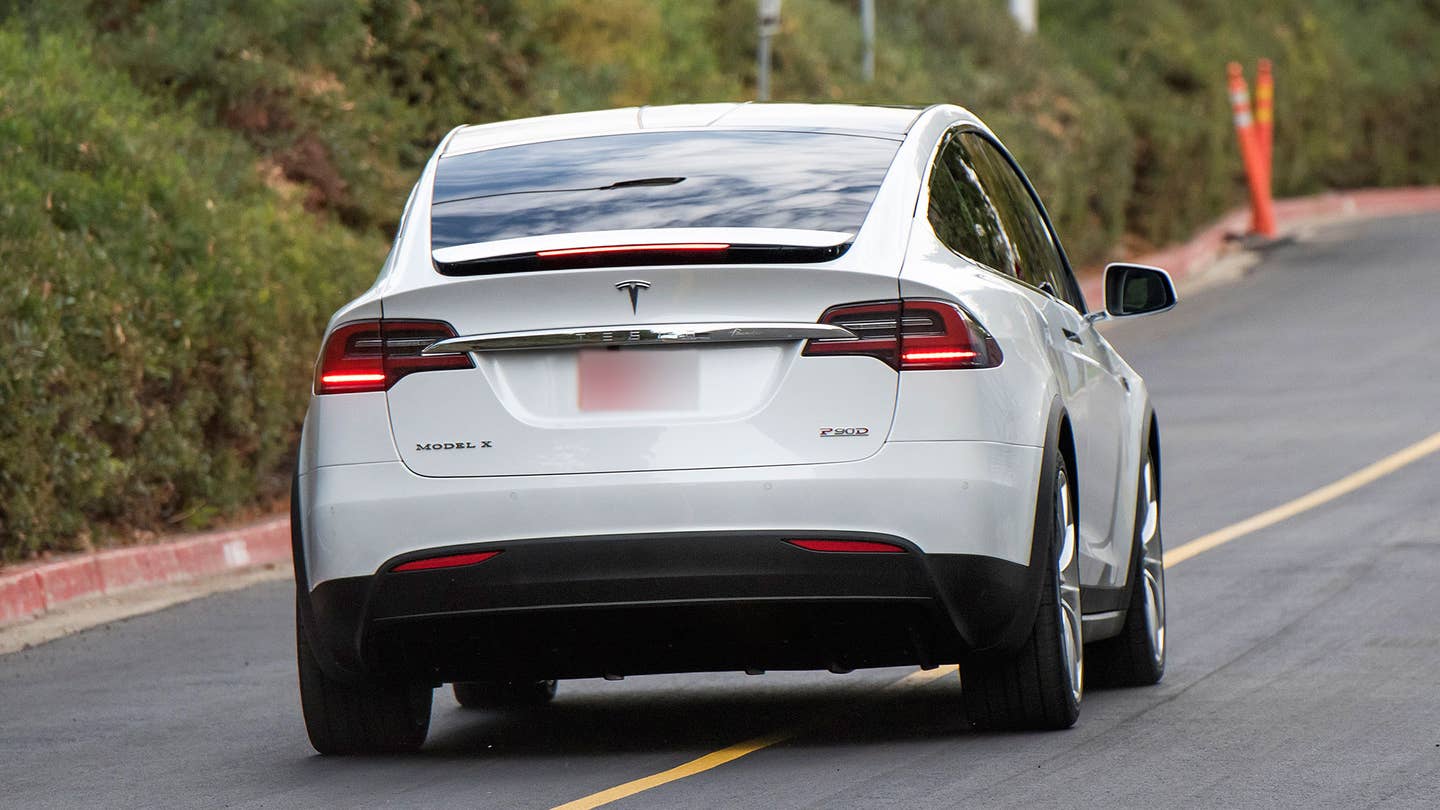 July may not even be halfway over, but for Tesla, it's a month that just won't end. Reports have come in that another Tesla Model X crashed while using Autopilot over the weekend, this one in Montana—with the driver claiming the car was wrecked due to the now-controversial semi-autonomous driving feature.

According to reports, the Model X was reportedly driving along Whitehall, Montana's Route 55, a two-lane road with no center divider, at a speed of roughly 55-60 mph at approximately 2 o'clock Saturday morning when the accident occurred. Reportedly, the SUV drove itself off the road and into a guard rail, impacting roughly 20 wooden supports for the rail before coming to a stop on the side of the road.

Pictures and details of the crash, which originated from a post written up by a friend of the driver on the Tesla Motors Club forum, show that much of the SUV's front end was torn off in the accident, including the right front tire and headlight. The same poster stated that both occupants of the vehicle survived the crash; there is currently no word on whether the two were injured in some way, but both were described as "OK."

As the pictures show, it was a severe crash, and the car will likely be written off. Tesla does not recommend the use of Autopilot on roads that lack a central divider, according to Electrek.

This news comes just days after word the National Highway Traffic Safety Administration was investigating a Tesla Model X crash in Pennsylvania that may have involved Autopilot, which came shortly after the announcement of the first fatal accident to occur in a Model S that was driving itself. Tesla's Elon Musk has attempted to move past the bad P.R., however, teasing his plans to announce the next phase of the carmaker's "master plan" this week.

A Tesla representative told The Drive that the carmaker is looking into the crash. We'll update you if we learn more.